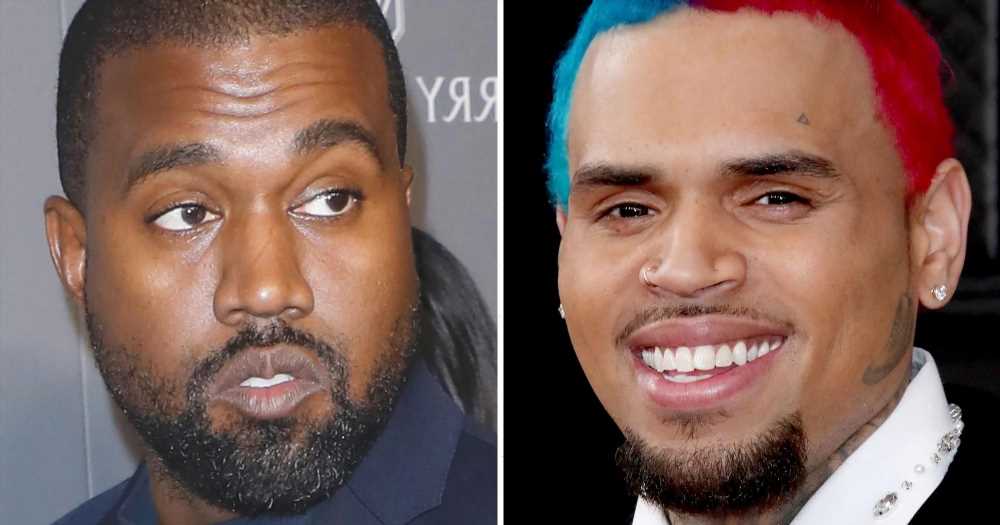 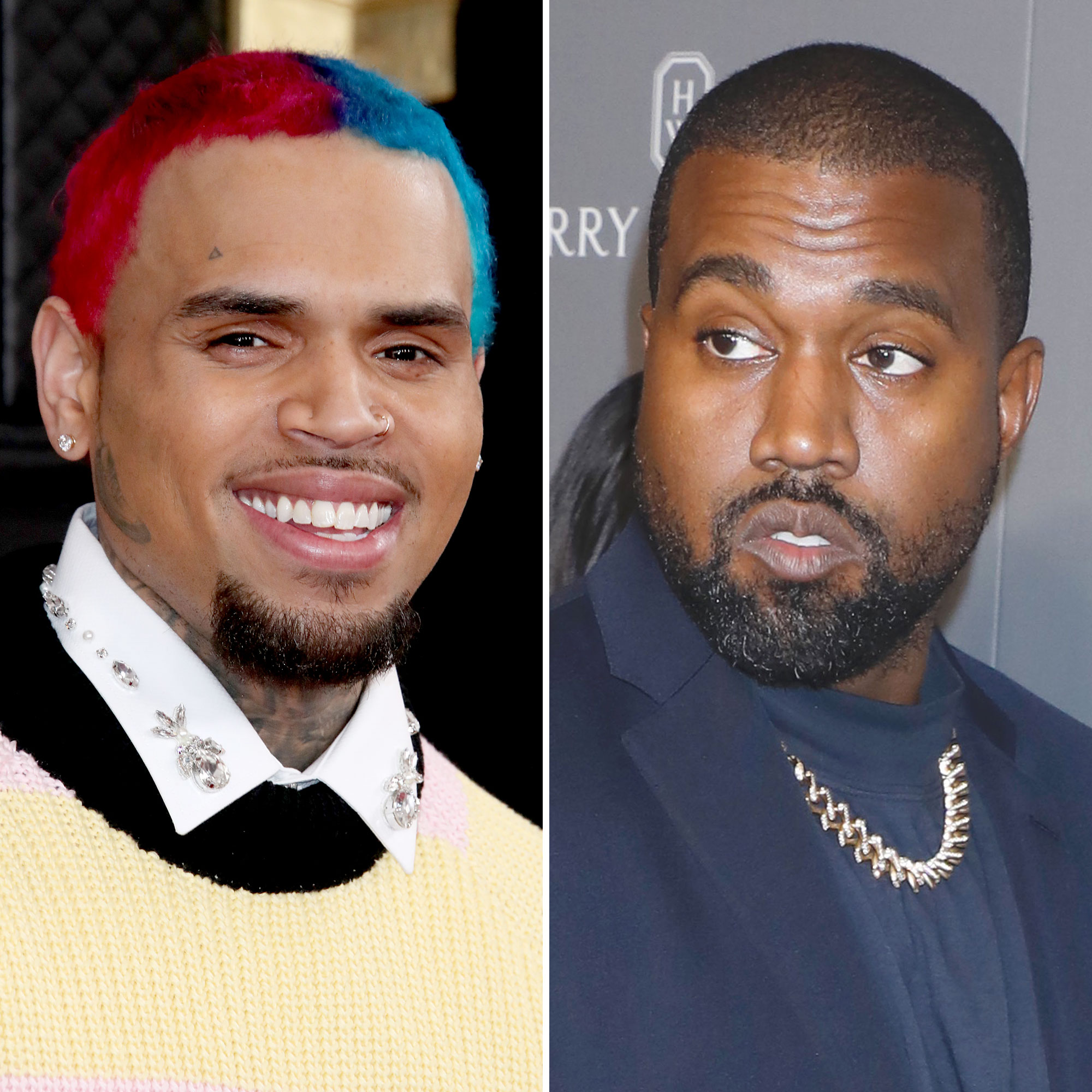 Hate for the haircut. Kanye West debuted quite the interesting half-shaved ‘do — and Chris Brown isn’t holding back how he feels about the Yeezy founder’s new look.

How Kanye West Influenced Kim Kardashian’s Style Through the Years

The 32-year-old Stomp the Yard star took to Instagram on Tuesday, October 19, to troll West for his confusing style, which is made up of patchy splotches of hair.

Brown kicked off his roasting session by sharing a stitch of pictures that were snapped of the Donda singer at a McDonald’s in Sweden. “He asked the barber for a f—ked up worldwide fade,” the dancer wrote above the image. He added: “He got the punishment haircut.”

In the following slide, Brown shared a meme from social media. The image depicts Stevie Wonder, who lost his sight as a newborn, giving West, who legally changed his name to Ye, a buzz cut.

Drake! Peppa Pig! Everyone Kanye West Had Beef With Over The Years

The critique continued in the Instagram Stories that followed. The “No Guidance” singer wrote, “Bro give me the wood chipper bowl fade,” in one slide and snapped a video of himself hysterically laughing in another.

At the end of his rant, Brown shared a video made by social media influencer Infared Savage. In the clip, the creator says that West’s haircut could be described as everything from a “stay-at-home haircut” to a “pirate map.”

The She Ball star isn’t the only person taking aim at the fashion designer. Social media exploded after West debuted his new look. “Alright I’m getting you bosley for men on Christmas Day don’t worry,” a follower joked in the comments section of the rapper’s Instagram. Another added: “WTF is this cut brah …”

Others thought the haircut was part of some greater significance. Users on Twitter demonstrated that the fade actually spelled out “Ye.” Some believe that the ‘do symbolizes “liberation” and “being free.”

The rapper’s new hairstyle isn’t the only part of his appearance that’s been making headlines in recent days. He’s also been stepping out in a handful of Halloween-like face masks.

While in Italy this past weekend, where he performed at a wedding in Venice, West donned a phantom-like face mask.

Upon arriving in New York City on Monday, October 18, he wore a life-like prosthetic mask with holes for his eyes, nostrils and mouths. He paired the mask with a Balenciaga jacket, jeans, a Balenciaga baseball cap, Crocs and headphones.