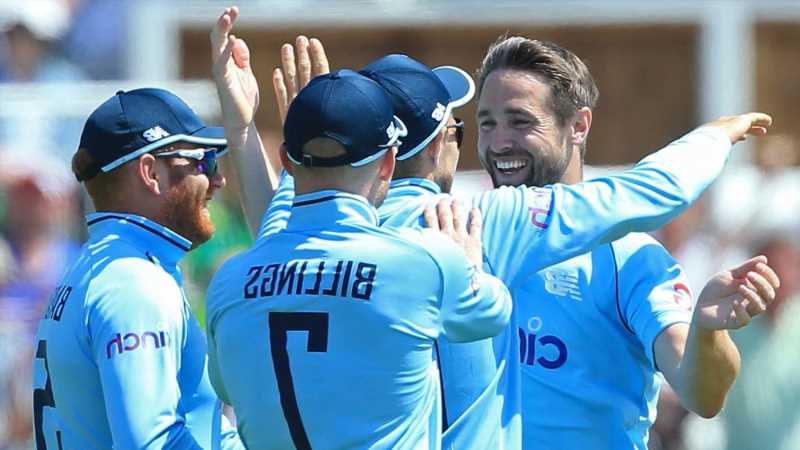 Chris Woakes played starring role with the ball before Joe Root hit an unbeaten 79 as England eased to a five-wicket victory over Sri Lanka in the first one-day international at Durham.

Captain Kusal Perera (73) and Wanindu Hasaranga (54) put on 99 for the fourth wicket but that was the only partnership of note as the tourists, shorn of three of their most experienced batsmen, collapsed to lose their last seven wickets for 40 runs. After a 3-0 series sweep in the IT20s, England got the start they wanted in the 50-over format too as Eoin Morgan won the toss, elected to bowl and promptly had Sri Lanka three down.

Pathum Nissanka (5) was first to go, pulling a short slower ball from Woakes to Ali at midwicket before David Willey had Charith Asalanka (0), one of three debutants for Sri Lanka, caught at first slip by Joe Root.

A beauty from Woakes accounted for Dasun Shanaka (1), who nicked through to Bairstow as the ball moved away late.

Perera was scoring freely despite the wickets falling at the other end but, with Hasaranga providing some much-needed support, he became more becalmed at the crease.

The pair gradually managed to get the innings back on track with Hasaranga even getting after Adil Rashid, taking the legspinner for three boundaries in an over, and at 145-3 at the start of the 29th over, a competitive total appeared well within their reach.

However, Woakes had been brought back into the attack and broke the stand with another short ball, taken on by Hasaranga but not timed and Liam Livingstone came sprinting in from deep midwicket to take a fine low catch.

Woakes struck again in his next over, Dhananjaya Lakshan (2) pushing outside off and the edge flew to the left of Root, who took an excellent catch at slip.

Ramesh Mendis (1) followed, lbw to Ali (1-5) in the next over, and when Perera holed out to give Willey his second, England were into the tail.

Chamika Karunaratne ended unbeaten on 19, smashing a big six as well as being involved in some less than impressive running between the wickets that saw both Dushmantha Chameera (7) and Praveen Jayawickrama (4) run out by Sam Billings after Willey (3-44) had bounced out Binura Fernando (2).

The innings was wrapped up inside 43 overs and when Bairstow thumped back-to-back boundaries to start the reply, the chances of England needing anything like that long to knock off the runs seemed slim. The opener blitzed six boundaries and a huge six in his first 17 balls to move into the 40s and when Livingstone launched a free hit over the rope at deep midwicket, the fifty partnership was up in 4.3 overs.

Livingstone fell later that over, though, splicing a back-of-a-length delivery from Karunaratne to mid on and Bairstow’s blistering knock came to an end courtesy of Fernando (1-50), chopping on at the end of the next over.

When Chameera then ousted Eoin Morgan and Billings in successive overs, England had slipped from 54-0 to 80-4 – and it could have been worse as Ali edged his first ball behind, only for Perera to put down a regulation chance to his left.

Root and Ali managed to steady things after that, though, calmly accumulating between them before Root was given a life on 36 when Chameera grassed a tough chance at long leg off Karunaratne.

The fifty partnership came up soon afterwards and Root went to his own half-century, from 58 balls, in the 26th over as England moved to within 50 of victory. A steady flow of ones and twos whittled that down to 15 before Ali was bowled by Chameera (3-50), leaving Sam Curran to help Root finish the job in the 35th over.

England go 1-0 up in the three-match series with the teams now heading down to the Kia Oval for Thursday’s second game.

Watch the second one-day international between England and Sri Lanka at the Kia Oval from 12.30pm, Thursday on Sky Sports Cricket.