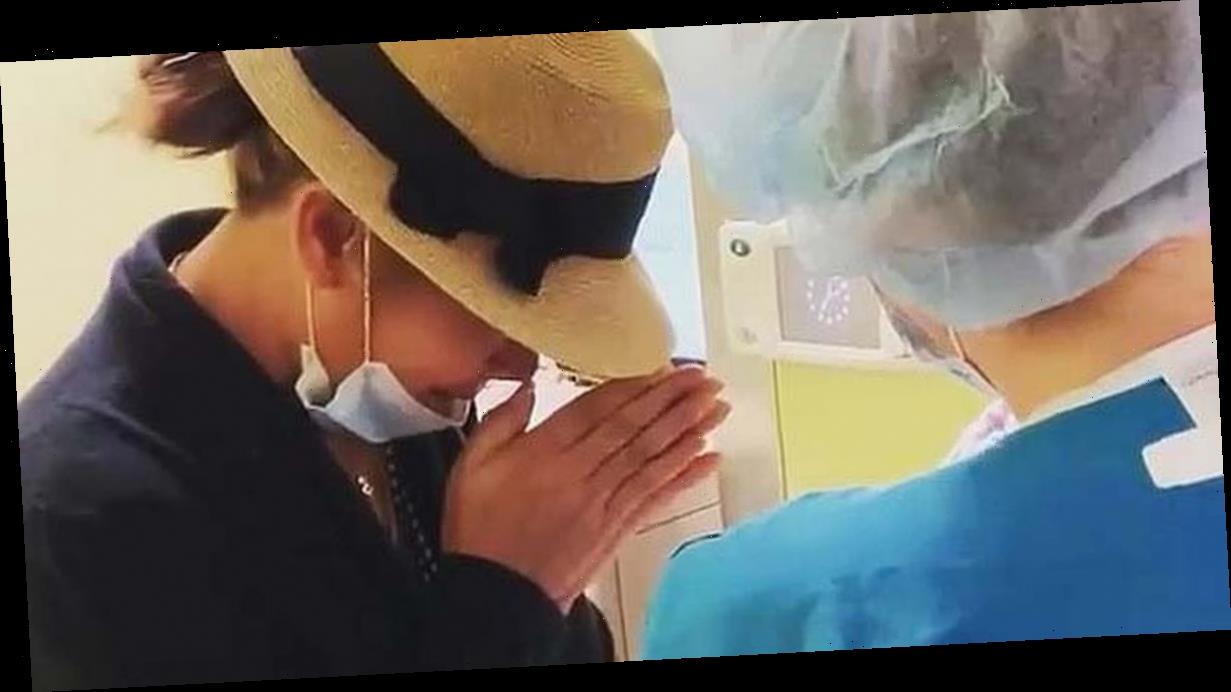 Chrissy Teigen's mother Vilailuck has taken to Instagram to share a raw video of her crying in hospital following the tragic death of her daughter's son Jack.

The devastated star posted the clip to her 355,000 followers alongside two pictures of her holding the newborn.

She captioned the upload: "My heart aches love you so much baby Jack."

In the video, an emotional Vilailuck can be seen in tears as a nurse shows her Jack. She then kisses him on the head.

Vilailuck signed off the post with an angel emoji and two red hearts.

The upload was quickly flooded with messages of condolence and support.

One fan wrote: "I'm so sorry. Prayers for you and the family." Another added: "Rest in heaven."

Meanwhile, a third continued: "Sending all of my love to you. Holding your whole family in my heart."

On Thursday Chrissy, 34, bravely shared a series of images on Instagram from inside the hospital alongside an emotional statement after the death of her son.

Alongside black and white images from the hospital, the starlet said: "We are shocked and in the kind of deep pain you only hear about, the kind of pain we've never felt before. "We were never able to stop the bleeding and give our baby the fluids he needed, despite bags and bags of blood transfusions. It just wasn't enough."

Chrissy added: "We never decide on our babies' names until the last possible moment after they’re born, just before we leave the hospital. But we, for some reason, had started to call this little guy in my belly Jack. So he will always be Jack to us.

"Jack worked so hard to be a part of our little family, and he will be, forever."

Over the past 24 hours fans and stars have rushed to support Chrissy and John in their hour of need.

Britain's Got Talent judge Amanda Holden, who suffered a stillbirth in 2011, revealed how she managed to cope with the tragic news.

Amanda replied to a message from a fan who told Chrissy that her little one is now watching over her.

Supporter Joe Fahed wrote: "In Lebanese culture we believe babies like Jack are angels that God selectively chooses to watch over you. Sending you light."

Amanda responded: "This is how I dealt with my loss x."

If you have been affected by this story, advice and support can be found at Sands (stillbirth and neonatal death charity). You can call them on 0808 164 3332 or email helpline@sands.org.uk.