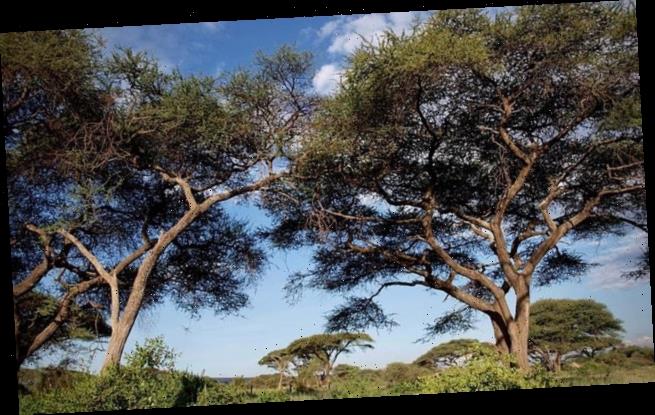 Going green: Trees and shrubs are taking root in normally barren areas like the savanna and Arctic tundra as climate change leads to warming temperatures and wetter weather

Climate change is causing trees and plants to take root in normally barren areas around the world – including the Arctic Circle, according to a new study.

UK scientists found warmer and wetter weather makes more greenery grow on savannas and tundras, which collectively make up 40 per cent of the world’s land.

Rapid warming in the Arctic tundra – spanning northern Canada, the US, Greenland, northern Europe and Russia – has increased shrub plant cover there by 20 per cent over 50 years, the study found.

Shrub and tree cover in savannas – including Africa’s plains, Australia’s outback and dry lands of South America – rose by 30 per cent during the same period, as rainfall increased.

Both kinds of ecosystem could be threatened in various ways by the presence of more wooden plants, including wild fires and animal grazing patterns. 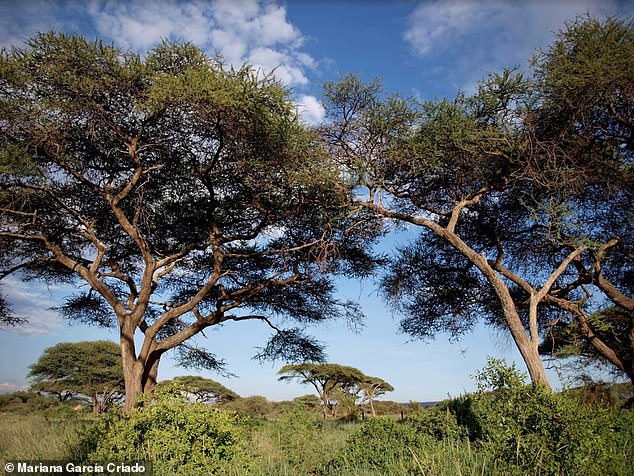 Woody cover is increasing in the savanna (pictured) in association with wetter weather, with shrubs and trees moving into previously open areas

‘This research indicates the far-reaching effects of climate change across the planet,’ said study leader Mariana García Criado, a PhD researcher at the University of Edinburgh and corresponding author of the study.

‘Uncovering the ways in which different landscapes are responding requires collaboration among scientists, and cooperation with local peoples to better understand the changes we’re seeing and their impacts from different perspectives.’

Garcia Criado is part of Team Shrub, an organisation made up of ecologists from different institutions that investigate climate change impacts in tundras.

Shrubs have been growing taller, faster and expanding into new areas in the tundra as Arctic temperatures have warmed over the last few decade.

Team Shrub researchers have been vising a site called Qikiqtaruk-Herschel Island Territorial Park, in the Yukon Territory, Canada every year to capture the effects of climate change on wildlife and observe changes in vegetation.

‘Apart from shrubs expanding during this time in the island, we have also seen large parts of frozen permafrost thawing, with the island becoming smaller over time,’ García Criado told MailOnline.

Shrubs have been growing taller, faster and expanding into new areas in the tundra as Arctic temperatures have warmed over the last few decade. These images compare shrubs at Qikiqtaruk-Herschel Island Territorial Park, in the Yukon Territory, Canada. There has been monitoring at this site for 20 years to capture the effects of climate change on the wildlife of the island

This is because woody plants store carbon, provide fuel for fires and influence how much of the sun’s heat is reflected back into space.

Small variations in carbon could impact efforts to keep warming below 3.6ºF (2°C) – a key target of the Paris Agreement.

But more woody plants could alter the unique biodiversity of areas home to diverse species including caribou in the tundra and elephants in the savanna, researchers say. 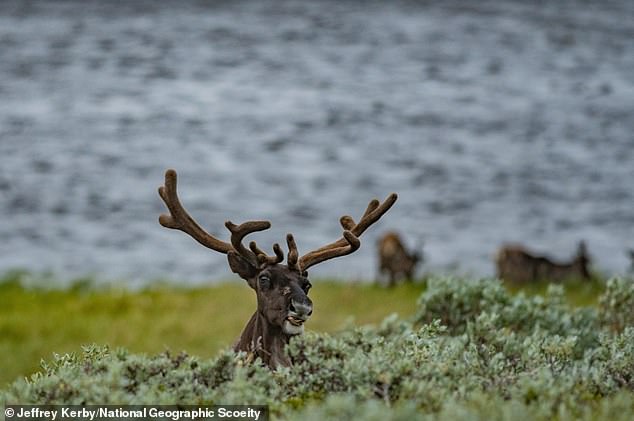 As the tundra warms, habitats for wildlife such as reindeer could be altered and these herbivores could influence changes in shrubs

Tundras are treeless regions found in the Arctic and on mountain tops where the climate is cold and windy and trees usually struggle to grow.

Savanna or tropical grasslands, meanwhile, are hot, dry and scattered with trees and shrubs found in central Africa, northern Australia and South America.

The new global study by researchers at the University of Edinburgh is the largest of its kind to date to find out how these areas have changed over time.

They compared temperature and rainfall data with more than 1,000 records of plant cover change from almost 900 sites across six continents.

The team concluded that woody ‘encroachment’ was widespread geographically and across climate gradients. 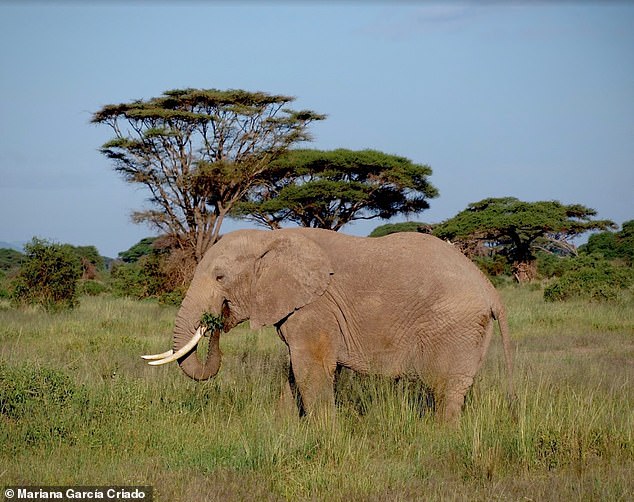 Expanding shrub cover in the Arctic could raise soil temperatures and lead to frozen ground containing nearly half of the world’s soil carbon to thaw.

They also found that other factors – including wild fires and animal grazing patterns – affect shrub and tree cover.

Overall, woody encroachment was positively related to warming in the tundra and increased rainfall in the savanna.

‘Our findings highlight the complex nature of climate change impacts in biomes limited by seasonality, which should be accounted for to realistically estimate future responses across open biomes under global change scenarios,’ the researchers write in their study, published in Global Ecology and Biogeography.

WHAT IS THE PARIS AGREEMENT?

The Paris Agreement, which was first signed in 2015, is an international agreement to control and limit climate change.

It hopes to hold the increase in the global average temperature to below 2°C (3.6ºF) ‘and to pursue efforts to limit the temperature increase to 1.5°C (2.7°F)’.

It seems the more ambitious goal of restricting global warming to 1.5°C (2.7°F) may be more important than ever, according to previous research which claims 25 per cent of the world could see a significant increase in drier conditions.

In June 2017, President Trump announced his intention for the US, the second largest producer of greenhouse gases in the world, to withdraw from the agreement.

The Paris Agreement on Climate Change has four main goals with regards to reducing emissions:

2) To aim to limit the increase to 1.5°C, since this would significantly reduce risks and the impacts of climate change

3) Goverments agreed on the need for global emissions to peak as soon as possible, recognising that this will take longer for developing countries