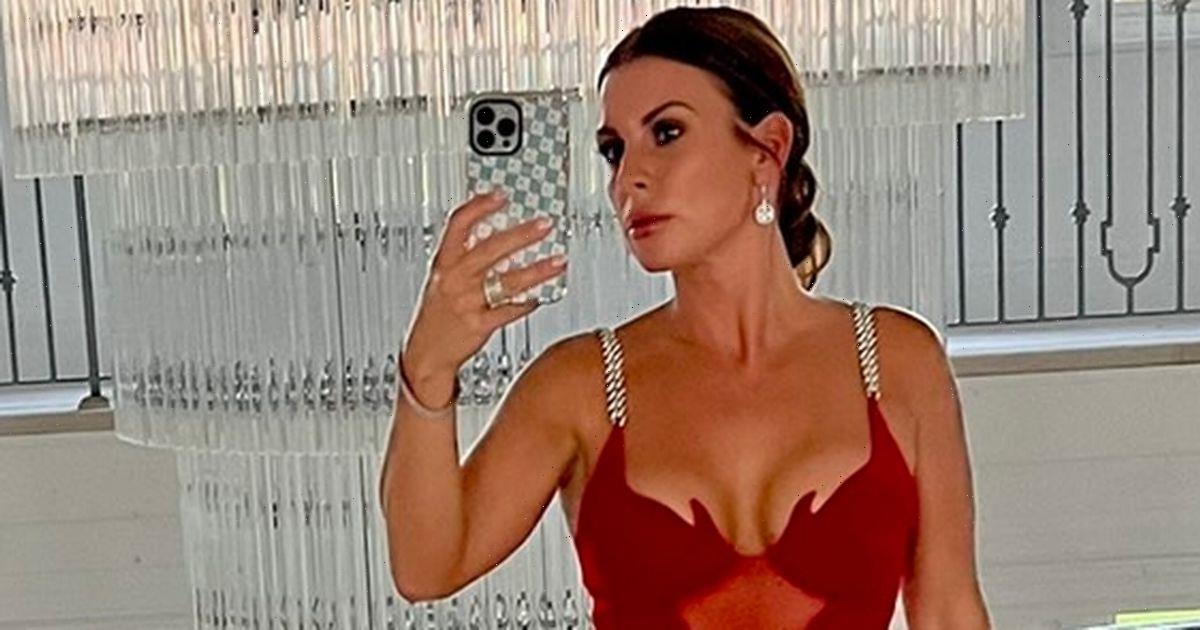 Coleen Rooney has caused a stir online with her latest social media snap.

The 36-year-old wife of footballer Wayne Rooney took to Twitter on Saturday (August 21) to share a glam mirror selfie with fans.

She donned a plunging red dress for a recent party and couldn't wait to show off her outfit with her followers.

Coleen styled her signature brunette locks in a loose bun and completed her look with a pair of sparkly heels.

The WAG posed for the photograph in a stunning hallway which featured a show-stopping chandelier.

Alongside the snap, Coleen penned: "Love that these shoes made an appearance for a fantastic party last week ….. wore them for Wayne’s 18th birthday!!! #vintageheels."

Some of her 1.2million followers rushed to their keyboards to pay her a compliment.

Another added: "You look stunning."

While a fourth said: "Yes Coleen you look unreal."

However, other fans accused the TV personality of editing the photograph before sharing it with her followers.

One fan tweeted: "You look photoshopped."

Coleen replied: "Don't do photoshop" with a thumbs up emoji.

A second person posted: "Looks like you are floating from the ground."

"Floating and a fuzziness around her like when people are in front of a green screen," said a third social media user.

After a gruelling court case with ex-pal Rebekah Vardy, Coleen recently enjoyed a stress-free night as she celebrated her win while surrounded by famous faces and close pals when they attended a star-studded Westlife gig.

Coleen, who has been married to Wayne since 2008, and pal Rylan attended the band's London gig and enjoyed the music-filled night with a host of other famous faces.

The pair even managed to go backstage to meet the dreamy Irish hunks – which was a sure-fire way to top off their fun-filled evening.

Looking fresh-faced while backstage, Coleen smiled alongside the band of heartthrobs and her pal Rylan.

Donning a chic playsuit adorned with a floral print, Coleen paired the outfit with some flat sandals, a glowy makeup look and her hair in a very chic up-do.

In another snap, while enjoying the show, Coleen posed up a storm while beaming for a snap with a group of concertgoers, while Rylan flashed the peace sign.

The night outcomes after Wayne Rooney's wife Coleen had won the High Court libel trial against Vardy on July 29.