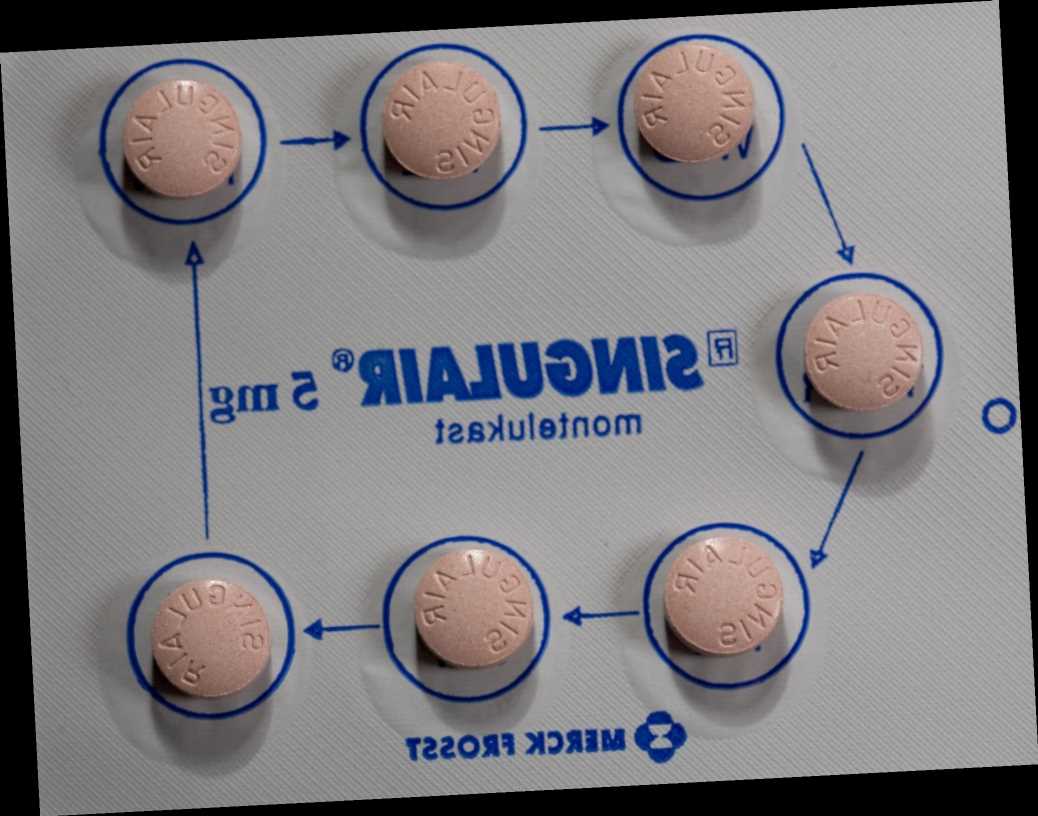 An FDA announcement regarding a new warning for a common allergy and asthma medication with serious mental health side effects went under the radar earlier this year due to the global coronavirus crisis.

On March 4th, just before the COVID-19 outbreak was declared a pandemic, the FDA said they would start requiring a boxed warning — their most serious — for the drug montelukast, which is also marketed under the brand name Singulair.

“We are taking this action after a review of available information led us to reevaluate the benefits and risks of montelukast use,” the FDA wrote. “Montelukast prescribing information already includes warnings about mental health side effects, including suicidal thoughts or actions; however, many health care professionals and patients/caregivers are not aware of the risk. We decided a stronger warning is needed.”

The prescription medicine, which was first approved by the FDA in 1998, is used to prevent asthma attacks in adults and children as well as to help control symptoms of asthma and allergic rhinitis, also known as hay fever.

The FDA has determined that the prescription “should not be the first choice treatment” particularly for patients with mild symptoms, noting that “many other safe and effective allergy medicines are widely available."

Healthcare providers are being advised to alert all patients receiving the prescription about the potential serious side effects. Patients should also be told to immediately stop use of the drug and seek professional help if any adverse mental health symptoms occur.

The FDA went on to note that although most “neuropsychiatric events” occurred while patients were still using the drug, some have reported persisting symptoms after stopping montelukast treatment.

For more than a decade, concerns have been raised about the drug.

A 15-year-old boy in the United States committed suicide in 2008, about a month after he began taking Singular, according to WNYT-TV. Although at the time, his mother said she did not make a connection between her son’s death and the medication, that began to change after a relative found reports of similar cases.

"Children are dying. They're dying and they're mentally being tortured for years before people figure out that this is their asthma drug," she told the outlet last year, while speaking about her work trying to get the FDA to issue a boxed warning.

In Australia, concerned parents have also spoken out against the drug, including Mary Hozen, whose daughter Sarah had been taking the prescription for three months before her death, according to Nine.com.au.

“I just never suspected those side-effects were a part of asthma medication at all,” Mary, who said she was unaware about the potential risks, told the outlet in 2018. “She just spiraled so quickly and suddenly.”

That year, the Therapeutic Goods Administration issued orders about including warnings on the inside packaging of Singulair, which some parents considered a good, but not final, step.

“A visible warning label on the outside of the packaging is vital in ensuring patients or their carers are reminded to constantly monitor for changes in mood and behaviour,” Vanessa Sellick, whose 12-year-old son began having suicidal thoughts after taking the drug, previously told the outlet.

The tragic bond between Michelle and Jinger Duggar