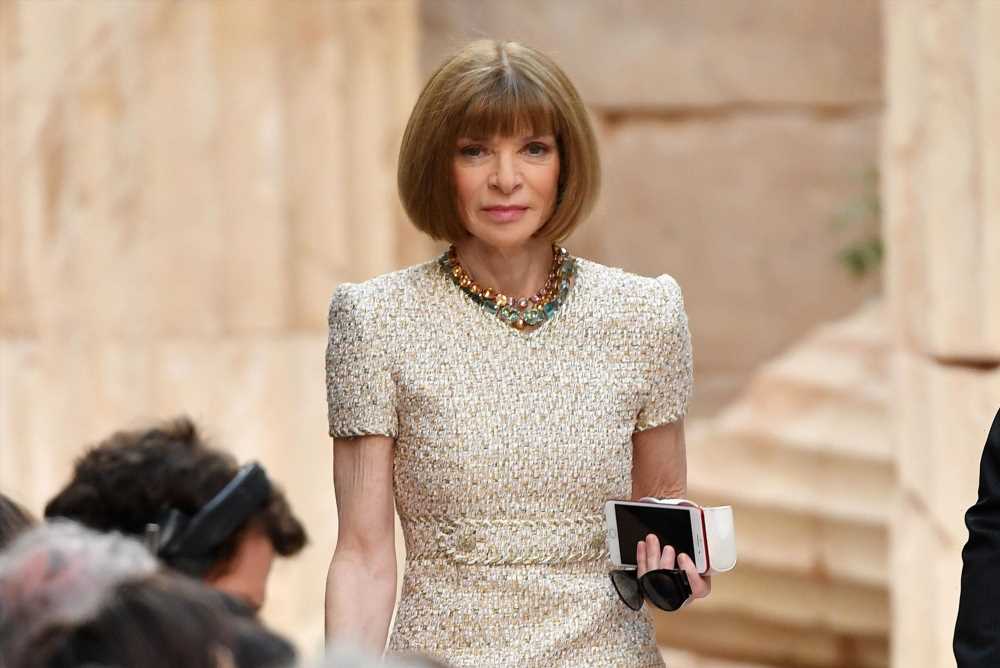 Some Condé Nast staff are planning to picket at Anna Wintour’s swanky Greenwich Village townhouse on Tuesday night as part of a union fight, Page Six has learned.

Staffers are being urged to converge on Wintour’s multimillion-dollar home as they threaten to strike over issues including fair pay.

Things have gotten so heated that the location of the home of the Vogue doyenne — who in December was made Condé’s worldwide chief content officer as well as global editorial director of Vogue — has been published online.

The picket is being organized by a union representing staffers of The New Yorker, Pitchfork and Ars Technica — and a flyer, seen by Page Six, reads: “Stand with NewsGuild of New York members as we demand that Condé Nast and bosses throughout the media industry negotiate in good faith and treat workers fairly… We will picket rain or shine.”

As an aside, it adds, “Masks and social distancing are required.”

A company source told us, “It’s crazy! The New Yorker is one of the only titles that Anna doesn’t run, and she has nothing to do with the unions, this is nothing but cheap shots.” 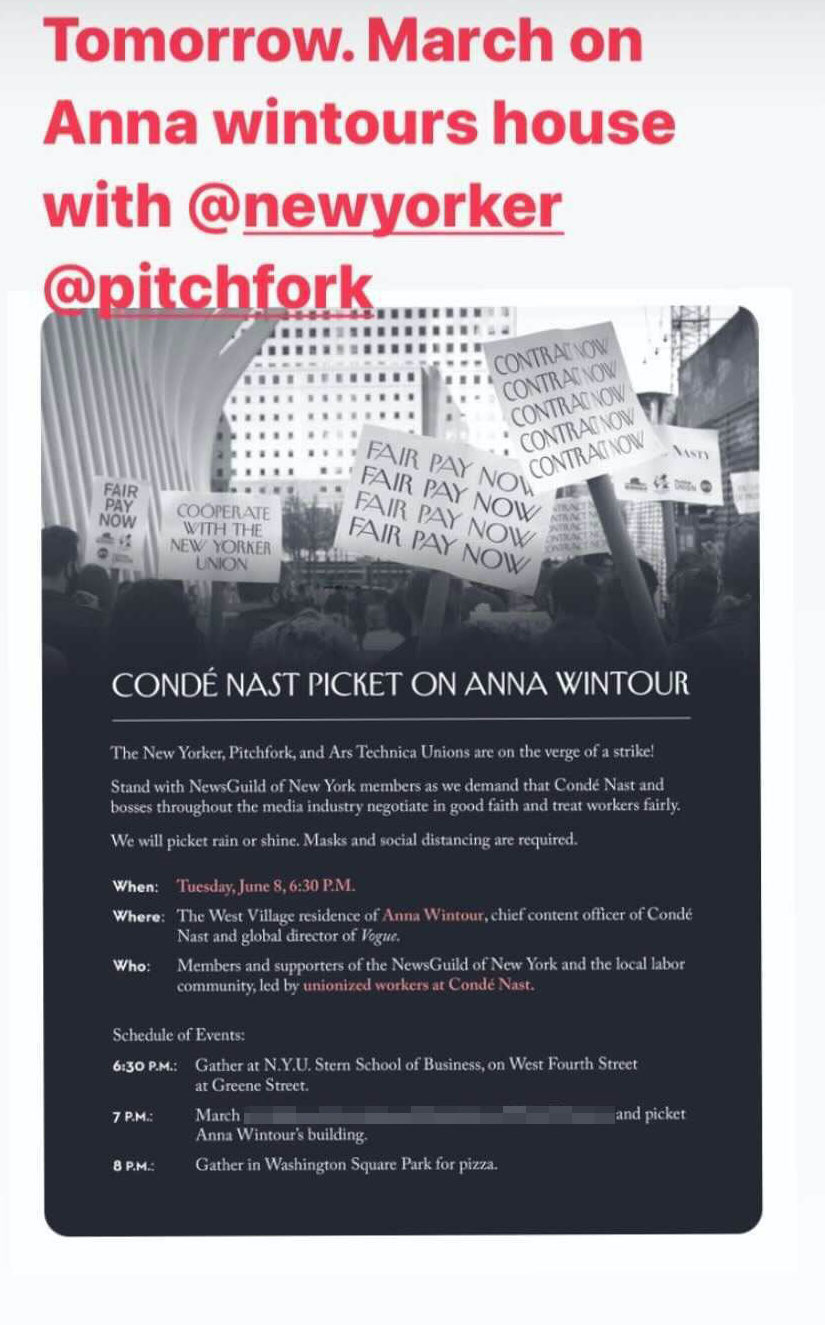 On Monday night, Condé bosses reportedly emailed staffers: “While we respect and support our employees’ rights to organize, doing so while targeting an individual’s private home and publicly sharing its location is not acceptable. Condé Nast is committed to the safety and security of all its employees and we take this situation seriously. At a time when journalists are being personally attacked, harassed, and targeted for their work, to put a colleague in such a position is just irresponsible.”

A Twitter account called the New Yorker Union retaliated by tweeting Tuesday: “Last night,@CondeNast e-mailed employees at @NewYorker, @arstechnica, and @pitchfork attempting to discourage them from participating in an informational leafletting event tonight, after the union shared publicly available information in connection with the event location.

“As we hope the company is aware, it is illegal to threaten employees with adverse consequences for taking part in protected concerted activity. We hope to see you at 6:30 tonight!”

The New Yorker union formed back in 2018. Condé bosses have been negotiating with the union since then. The other brands’ unions have also been voluntarily recognized by the company, and we’re told they are in the end stages of negotiating.

Natalie Meade, chair of the New Yorker Union, tweeted Monday of the planned picket, which will continue through to Washington Square Park for pizza: “Not sure what color Anna chose to represent the current season, but I know that tomorrow there will be a sea of red marching in the Village.”

The Freelance Solidarity Project has also written a list of ways freelancers can support the mag’s workers, including not pitching or doing work for the publication, not sharing New Yorker links, and requesting “that your work not be published during the strike.”

Wintour, 71, has also been editor in chief of US Vogue, the artistic director of Vogue’s parent, Condé Nast, and the company’s global content adviser.

We have reached out to Vogue and the New Yorker Union for comment.