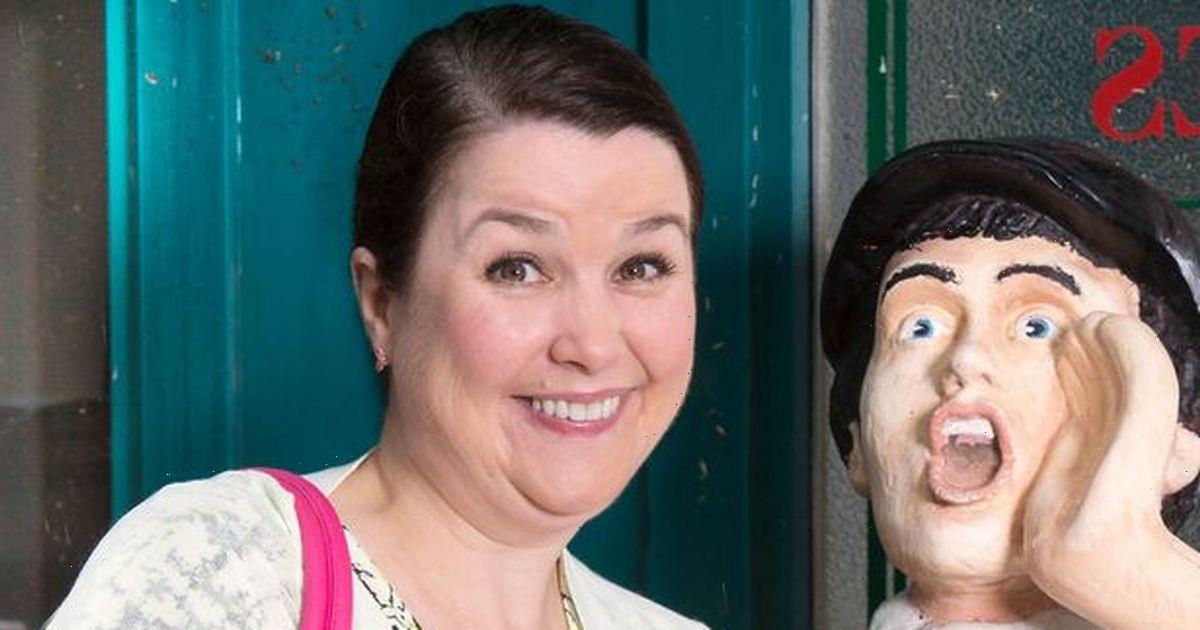 Known to many as Mary Taylor, actress Patti Clare has portrayed the Corrie favourite for over 14 years now, but what does she get up to when she’s not on set of the ITV soap?

From how she got into acting, to the opportunities she’s had since her big break on Coronation Street, here’s everything you need to know about Patti Clare’s life off screen.

Born on 3 March 1976 in Manchester, the English actress started her career on the stage, taking part in theatre performances.

Her stage acting credits include the role of Edith in a production of Noël Coward's Blithe Spirit at the Citizen's Theatre in Glasgow in 2000 and the role of Mrs. Micawber in a 2005 production of the stage play David Copperfield at the West Yorkshire Playhouse.

Wanting to transition to television roles, Patti, 46, achieved her goal in 2008. While working as a receptionist, she was offered the part of Mary Taylor and made her debut on the cobbles on 26 November 2008.

The character was originally only meant to appear in five episodes, but after her initial stint ended in 2009, the soap star was offered a contract to continue playing Mary and return as a series regular in 2010.

She has gone on to become a fan favourite among Coronation Street viewers – in part due to her many comedic scenes on the series.

Mary works in Preston’s Petals as an assistant florist and has been involved in some of the show’s hard-hitting storylines.

Despite the often serious tone of these scenes, Patti was nominated for the 2011 Inside Soap Awards Funniest Performance and is a three-time winner of Best Comedy Performance at the British Soap Awards, taking home the accolade in 2011, 2013 and 2016.

It wasn’t accidental the actress ended up on Corrie. In fact, she often wrote to the production team and even sent the producers a script she had written set in the Rover’s Return and focused on a new character played by herself.

Patti previously told the Mirror: "I used to write and write to the casting director asking for a job and he'd write back saying, 'Nothing going at the moment'.

"So I wrote him a scene making up a character for myself called Cherise, who was to be Raquel's half-sister. She sat in the bar and didn't say anything and wore glasses and was quite dowdy and then Raquel gives her a make-over. I thought it was brilliant, but he wrote back and said, 'No, no, no, no, no, it's not going to happen.'"

Other television credits include small roles as a nurse in the children’s fantasy series Young Dracula, Casualty 1909, and BBC soap opera Doctors, as well as an appearance in the Doctor Who spin-off Torchwood in 2008.

Most recently, the soap star made headlines when she appeared on a Christmas themed celebrity special episode of ITV quiz show The Chase in 2020.

Competing against Shaun Wallace, aka The Dark Destroyer, viewers took to Twitter to comment on how glamorous the actress looked.

Wearing a purple velvet blazer and with her hair perfectly coiffed into loose waves, Corrie fans are used to seeing her in more laid back ensembles.

Taking to Twitter, one person wrote: "Mary scrubs up well," with a second agreeing "Mary looks so pretty."

A third person added: "Well played Patti & you look lovely Merry Christmas to you & yours."