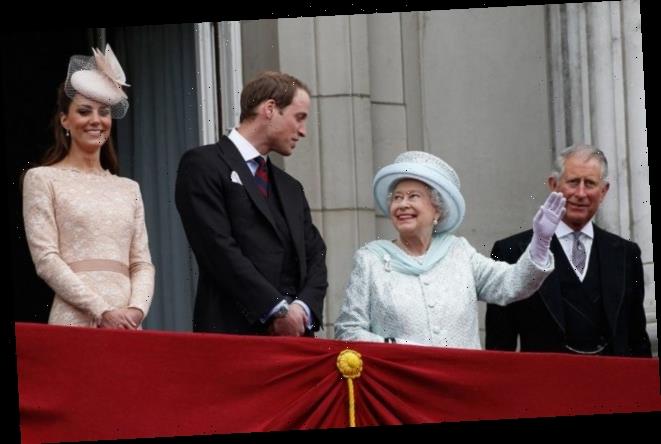 Prince Charles has waited longer than anyone to take the British crown, yet there has been considerable talk about Prince William becoming the next King of the United Kingdom. William is currently second in line and will presumably take the crown once Charles is gone. With a new set of polls in mind, what are the chances that William is named King over Charles?

A new poll from Research Co asked Canadians a series ofquestions related to the royal family. The most popular member of the royalfamily was Queen Elizabeth, with Meghan Markle and Prince Harry receiving thebiggest drops in popularity since the same poll was conducted in 2019.

The poll also asked residents in Canada, a CommonwealthNation, what they thought about the future of the British monarchy. Accordingto Express,a large portion of individuals felt indifferent towards the royals, with manybeing of the opinion that the monarchy should be dissolved after QueenElizabeth.

The Duke and Duchess of Cambridge joined The Queen and Members of @TheRoyalFamily for the annual #CommonwealthDay Service at Westminster Abbey. The Commonwealth represents a global network of 54 countries working in collaboration towards shared economic, environmental, social and democratic goals — the Commonwealth theme for 2020 is Delivering A Common Future: Connecting, Innovating, Transforming. Her Majesty The Queen was 26 years old when she became Head of the Commonwealth in 1952 — important symbolic and unifying role. As Head, Her Majesty personally reinforces the links by which the Commonwealth joins people together from around the world. From working to protect the earth's natural resources and preserving the planet for generations to come, to championing fair trade and empowering the youth of today to transform the communities of tomorrow, this year’s Service celebrated the Commonwealth's continued commitment to delivering a peaceful, prosperous and more sustainable future for all. #CommonwealthDelivers

When it comes to who should be the next ruling monarch, moreCanadians felt like Prince William should take the crown over Charles. In fact,William received 35 percent of the votes in the poll while Charles onlyreceived 25 percent.

Charles’ popularity took a major hit in the 1990s following his affair with Camilla Parker Bowles, which ultimately led to the end of his marriage to Princess Diana. Charles has repaired his public image since then, but he still remains unpopular around the globe.

How do Americans feel about Prince Charles and PrinceWilliam?

Although the United States is completely separate from theBritish monarchy, many Americans have strong opinions about who should be thenext King of the United Kingdom.

In a poll from Insider,over one thousand Americans were asked who they would like to see on the thronenext. On the whole, Americans agree that Charles has the rightful claim to thecrown, but most believe that William would be a better pick after QueenElizabeth is gone.

Today, The Prince of Wales held an Investiture Ceremony at Buckingham Palace, on behalf of The Queen. ? Amongst today’s recipients, Baroness Floella Benjamin was awarded a Dame Commander medal for services to Charity – congratulations! Mr. Gordon Buchanan received an MBE for services to Conservation and to Wildlife Filmmaking. ??? Through his work as both a cameraman and a presenter, Gordon has visited every continent in the world – apart from Antarctica! Mr. Michael Prendergast, more commonly known as Mike Pender, received an MBE for services to Music. ? Mike was the original founding member of Merseybeat group The Searchers. Congratulations to all who received awards at Buckingham Palace this morning.?? . ? Press Association

Prince William received 42 percent of the votes while Charles only got 21 percent. The Prince of Wales barely beat his second son, Prince Harry, who got 18 percent. Even Kate Middleton and Meghan Markle got in on the action with 10 and 6 percent, respectively.

Although it is pretty clear that William is more popular thanhis father, what are the chances that he inherits the crown next?

This is one way Prince William could be the next King

While it is highly unlikely that Charles would abdicate infavor of William, it is not completely out of the question. Not only is William’spopularity a factor, but there is always the chance that Charles does not wantto become King.

According to Express,royal expert Robert Blackburn, who wrote a book called King and Country in 2006, believes that it would not be that big ofa deal if Charles passed the crown to Prince William.

“If there was a feeling within the Royal Family,particularly with Prince Charles, that he would prefer not to be King and hewould like to pass the throne to his son, then I think it would be perfectlyreasonable to do that,” he explained.

Go raibh míle maith agaibh, a chairde go léir in Éirinn ???? Thank you to all the wonderful people we met in Ireland! Swipe to see a sample of some of the lovely letters we received during #RoyalVisitIreland ? thank you to everyone that took the time to write to The Duke and Duchess. Photo © Kensington Palace

Charles will turn 72 years old this year, and with QueenElizabeth in her 90s, it is only a matter of time before we find out if heplans on sitting on the throne.

Regardless of what Charles does in the immediate future, William will become King one day – and he is doing everything in his power to prepare for the day he wears the crown.

Once Charles sits on the throne, Prince William will likely receive new titles as first in line to the throne. He will also be required to run the Duchy of Cornwall, a role his father has been doing for decades.

With that in mind, William has reportedly been holdingspecial meetings to prepare himself for the day he becomes the Duke ofCornwall. The meeting reportedly happened inside Kensington Palace and featuredthe secretary of the Duchy of Cornwall, Alistair Martin.

Today, The Duke of Cambridge, Patron of @welshrugbyunion, attended the #WALvFRA 6 Nations match at the Principality Stadium in Cardiff. ?????????? Before the match, The Duke met injured players who are supported by the Welsh Rugby Charitable Trust. The charity helps those who have been severely injured whilst playing rugby in Wales.

We do not know that the two talked about, but their meetingdefinitely had something to do with managing the vast estate.

Prince William and Prince Charles have not commented on the reports surrounding the royal line of succession or the future of the monarchy.