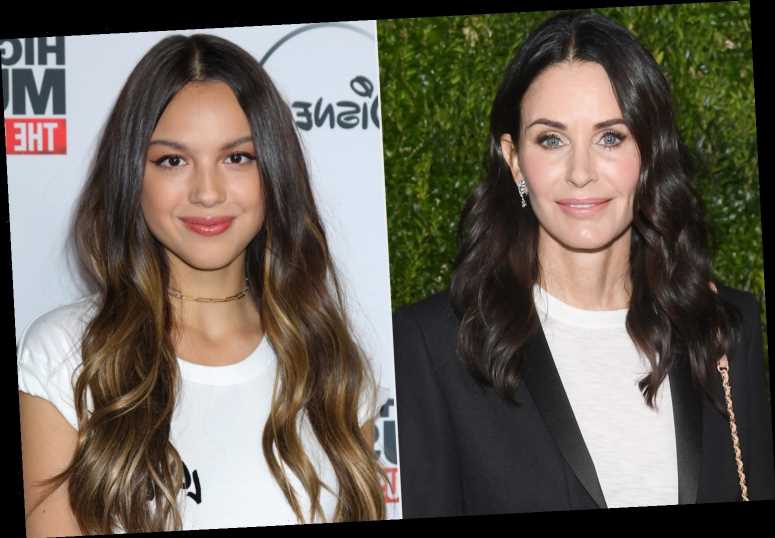 Courteney Cox is full of talent!

The actress, 56, showed off her musical chops on Sunday, posting a video of her piano rendition of Olivia Rodrigo's hit song "Driver's License."

In the clip, Cox tickles the ivory keys while musician Joel Taylor accompanies her on the guitar, much to the delight of her fans — as well as her dogs, who can be seen giving the Friends alum their full attention at the very start of the video.

"Even my dogs love this song," she wrote in a loving nod to the popularity of the chart-topping track, as Taylor commented that they had "nailed" their cover.

"How'd we do?" she asked on her Instagram Story alongside a clip of the video, tagging Rodrigo.

"YEEESSSS SLAYYY," the 17-year-old singer wrote in the comments section. "Proud of my coconut," Cox captioned the sweet clip.

Cox previously joked about making the most of her musical opportunities when it comes to her daughter.

"When you have a teenager you barely get to see them. So much negotiating," she joked back in March, alongside a video of the pair teaming up for a rendition of Demi Lovato's ballad "Anyone."

"Coco traded me one song if I let her go to a party. I took it," the actress added.

In another musical video, Cox shared that she had learned to play Alicia Keys' song "Underdog" — which was co-written and co-produced by her longtime love, boyfriend Johnny McDaid

"My friend just taught me my favorite new song," she wrote, going on to give McDaid a loving shout-out. Although the couple was kept apart for a large chunk of last year due to travel restrictions amid the pandemic, they were finally able to reunite in December.

Cox previously explained in October that she hadn't seen McDaid in months, as she was in California and he was still in Europe.

"Let's say it's been 150 days — I've cooked 145 of them. And I haven't seen John in that many days," she said on Foy Vance's The Vinyl Supper podcast. "He left the next day [after] the whole country shut down — or at least [when] California did. I think maybe New York was before us."

During an earlier appearance on The Ellen DeGeneres Show, Cox shared it was the longest stretch of time they had spent apart.