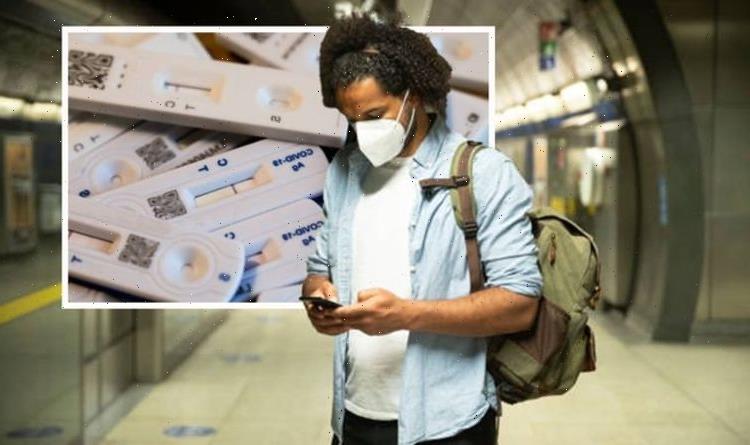 Last month it became a legal requirement for people to hold a valid NHS Covid Pass in order to enter certain venues. The introduction of the rule along with others has prompted a trend of people going on social media and posting photos of Covid tests which they have taken. Now, it’s emerged that criminals are using those which are negative to help create illegal passes.

As part of Prime Minister Boris Johnson’s Plan B measures – introduced last December – entrants to indoor venues, including nightclubs, are required to bring with them a valid NHS Covid Pass.

In recent days, it has emerged fraudsters are now taking advantage of people who post images of their negative test results online and are using their details to provide others with negative results.

Consequently, security experts are warning people not to share pictures of their test results on social media.

Shahzad Ali, CEO at Get Licensed – a company that helps businesses with security – said that it was “inevitable” fake Covid passes would emerge as soon as venues started asking for proof of Covid status.

Speaking to Wales Online he said: “We have seen fake documentation for many years, for example, fake IDs have been a regular feature at nightclubs for a number of years.

“This is just a new complication that door supervisors will soon become used to facing.

“There is obviously going to be a market for Covid passes because there will be people who want to go about their life like normal and not have to take Covid tests for things they didn’t have to before, so it is extremely important that you look after your Covid pass.

“Our advice would be to avoid posting it on social media, don’t share the code from the lateral flow you have taken because others could register it as their test.”

Mr Ali warned not only is the practice “grossly unethical and very dangerous” for people to make Covid passes but that it could also result in “a fine of £10,000 should you be caught”.

In France, the issue of fake Covid passes has also emerged since the country tightened its restrictions against the virus.

DON’T MISS:
How to live longer: The drink that could kill cancer cells [INSIGHT]
Omicron symptoms timeline: 8 Omicron symptoms and when you’ll get them [EXPLAINED]
Woodland cut down to make way for traveller site [NEWS]

According to the interior minister, Gerald Darmanin, several thousand fake Covid health passes have so far been identified by officials in use around the country.

In December, the case of a woman with Covid who died in a Paris regional hospital after showing a false vaccine certificate attracted attention in the French media.

Mr Darmanin said some 400 investigations have been opened into peddling fake passes, including some “connected to health professionals”.

When Mr Johnson announced he would be introducing NHS Covid Passes last month, he was met with backlash from MPs.

In fact, when it was put to a vote in the House of Commons, 100 of the PM’s own politicians revolted and went against the proposal.

Tory rebels came from all factions of the Conservative Party, including former cabinet ministers, Brexiteers and remainers.

Many of the MPs who voted against introducing NHS Covid passes had previously expressed concerns that the restriction would undermine public trust.

Indeed, the measure was only able to be approved thanks to the support of Sir Keir Starmer’s Labour Party.