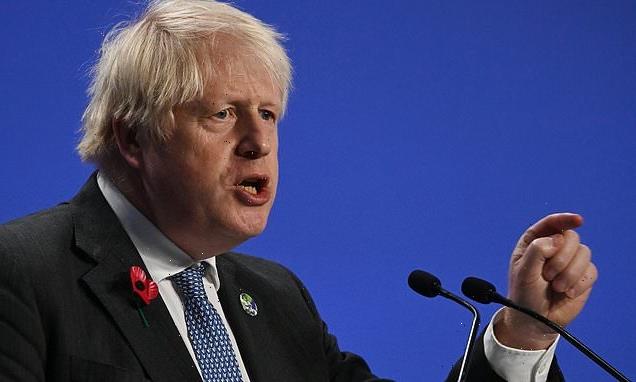 CRAIG BROWN: Lost the Prime Minister? He’s in hiding as Mr Blobby! Fifteen times when you crossed paths with Boris Johnson without realising it

When you were walking along Oxford Street 15 years ago, Boris was the man just outside HMV performing the three-card trick before the coppers moved him on.

Playing Monopoly with a group of people 25 years ago, he was the player who volunteered to be Banker.

An hour and a quarter later, though he had lost all his properties and was facing ruin, he suddenly discovered — ‘What a stroke of luck, I’d completely forgotten I’d put it there!’ — £1,500 in cash and a ‘Get Out Of Jail Free’ card.

At your schoolfriend’s tenth birthday party, Boris was the uncle in the bow-tie who insisted on doing a ventriloquist act, but then flounced out of the room when a cheeky little fellow at the front chirped up that he could see his lips move. 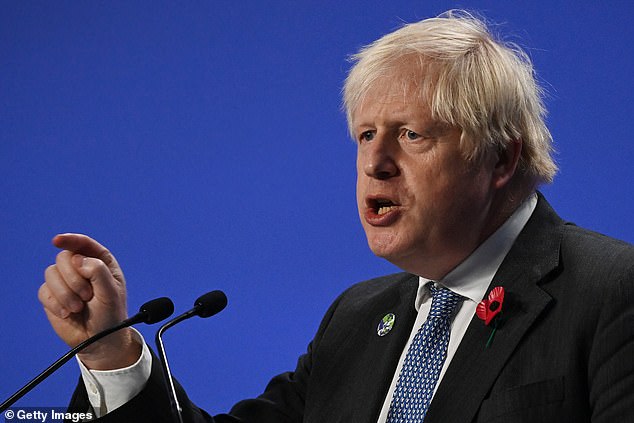 When you were walking along Oxford Street 15 years ago, Boris was the man just outside HMV performing the three-card trick before the coppers moved him on. Johnson, pictured in November

At the point-to-point, he was the bookie in the loud check suit making obscure tick-tack signals to a shady man with a thin moustache.

When you returned with your winning ticket immediately after the last race, he had already packed up and gone.

In mid-1994, Boris was the contestant on The Generation Game who surreptitiously attempted to remove the electric toaster as it passed along the conveyor belt.

On being caught in the act by compere Bruce Forsyth, he claimed he’d done it as a joke.

On your holiday campsite in 1974, he was the tubby lad who said he’d keep an eye on your sausages while you went for a swim.

When you returned, you found he had eaten them all. ‘But you told me to!’ he protested, before walking off to befriend someone else.

On University Challenge, he was the student who buzzed too soon at the question ‘Which American state football team is known as The Vikings?’ and gave the answer as Milwaukee. Told that the correct answer was Minnesota, he protested: ‘But that’s what I said!’

At your office Christmas party in 1985, Boris was the man who broke the ice by throwing cheesy puffs into the air and catching them one by one in his mouth.

Three hours later, when the office disco was playing the last song of the evening — The First Time Ever I Saw Your Face — he upset the boss by interrupting his slow dance and asking his wife if he could have the pleasure.

At your friend’s summer lunch party 15 years ago, when the barbecue was taking time to light, Boris was the person who said: ‘Leave it to me, chaps!’

He then put on the novelty bra-and-knickers apron and marched over to the barbecue with a squeezy-bottle of paraffin.

To his credit, he did later send a hand-written letter apologising for burning down the barbecue area, the fence, the garden shed and the children’s tree-house.

With large writing, his letter of apology just reached the top of the second page.

He was the boy at school who kept a pet frog in his back pocket. When he sat down without thinking, he said ‘Whoops!’ The next day, he arrived at school with a newt instead.

In your primary school Nativity play, he was the boy who played the innkeeper. When Mary said, ‘Please, have you any room at your inn?’, he replied, ‘For you, dear, anything’ and took her upstairs, leaving a bemused Joseph in the stable holding the baby. 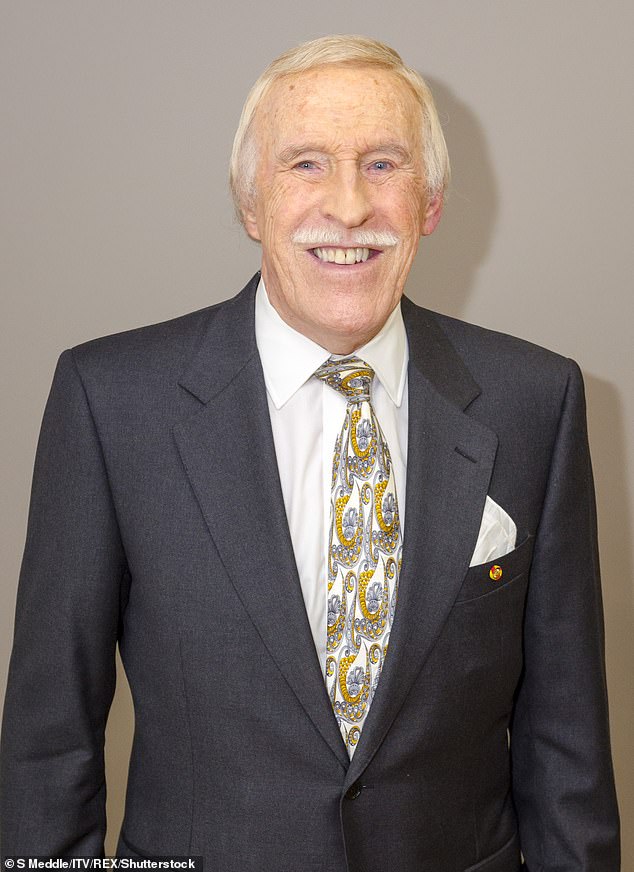 In mid-1994, Boris was the contestant on The Generation Game who surreptitiously attempted to remove the electric toaster as it passed along the conveyor belt. On being caught in the act by compere Bruce Forsyth, he claimed he’d done it as a joke. Forsyth, pictured in 2015

He was the man with the labrador you spotted on your walk in the countryside a few months ago. He looked left and right before walking swiftly on, leaving the dog mess on the footpath behind him.

Watching Love Story in the cinema, he was the youngster just behind you who kept making silly noises with his armpit and laughing uproariously every time the lovers kissed.

At school, when the headmaster said he was keeping everyone in until the person who took all the sweeties owned up, he was the boy who looked around ostentatiously, as if searching for the culprit, while a tell-tale crackle of sweet papers came from his front pocket.

When you used to watch Noel’s House Party in the 1990s, you probably never guessed that Noel’s unprepossessing side-kick, Mr Blobby (pictured), would one day rise to the position of Prime Minister.