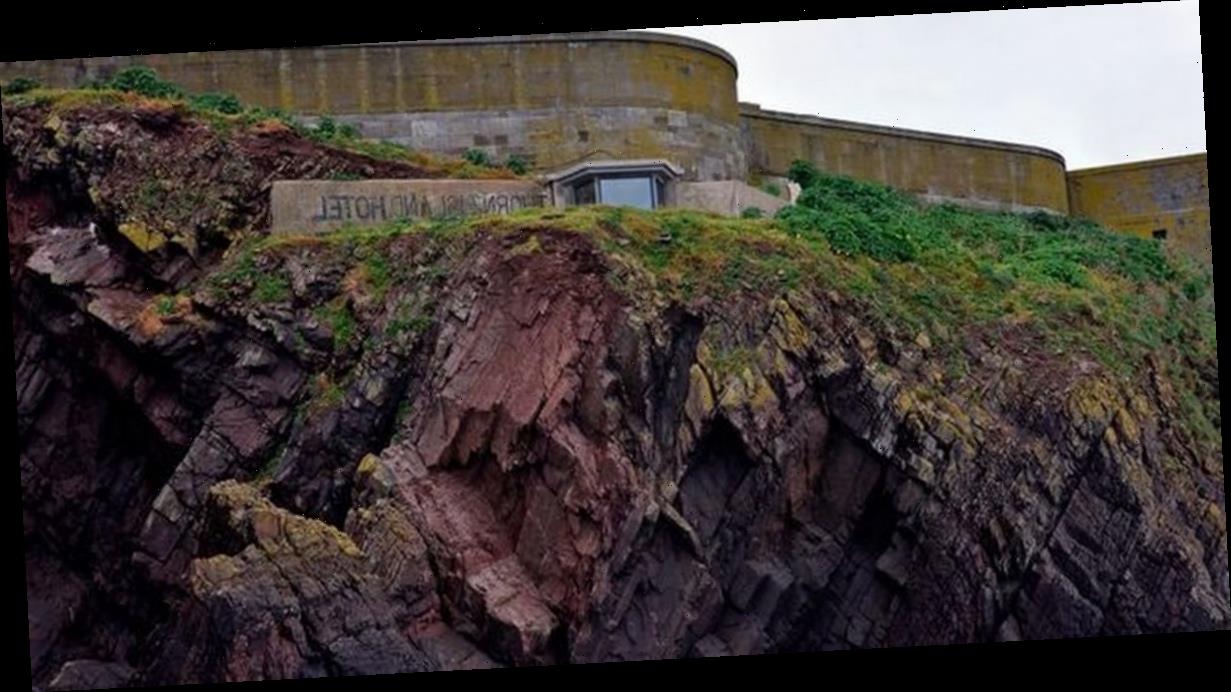 Around 800 metres out to sea sits a Napoleonic fort complete with gorgeous 360 views of Pembrokeshire.

Built to prosecute against French invasion Thorne Island took 1,000 men over two years to create in the mid 1800s.

That’s impressive when you realise the materials had to be brought over by boat and there wasn’t any electricity yet.

Almost 170 years later, the island’s owner is discovering the its unusual workmanship.

Mike Conner said: “it's massive, it's complicated, and everything's a bit different.”

Would you want to live on a remote island? Tell us why in the comments section…

Despite this, he is still looking to build one of the most interesting, and impressive, houses in Wales.

Mike, 48, built one of the biggest tech firms in the UK from nothing – so he knows bit about dreaming big.

When he purchased Thorne Island he decided to rip out everything old and start building from scratch, reports WalesOnline.

The island came with a 10 bedroom house – but, it has to electricity, flushing loos or water.

A large TV how sits on the wall.

Mike first spotted the island four years ago and knew immediately that he wanted to buy it.

He’s watched the YouTube video that sold him on it over 50 times.

He added: “The trouble is, with something this big, you never really stand back and see what you've achieved, so it's nice to see how far we've come when I watch this [the video] back.”

The renovation has been no easy task.

Approaching the island by boat, you can see the waves crashing over the island.

The fort is intimidating, but once you step into the house, the air is warm.

Mike installed under-floor heating which is powered by solar panels so the home is always toasty.

Heat and humidity are two of the main challenges Mike faces.

The owners before him had glossed the interior walls, which made them waterproof, but it also trapped moisture within the five-foot deep granite walls.

Apparently, water literally poured out of the walls at the beginning.

Mike fitted a bathroom in the 10 bed dormitory and came back to find two inches of water.

The only solution was to leave an inch-wide space between the bathroom wall and outside wall to allow the walls to breathe.

The fort is understated in design but contains lots of luxury features.

Mike said: “The cost is just off the scale.”

Specialist drills are needed to combat the granite walls and each window weighs 180kg to withstand the weather.

The loo features an enormous window which shows off the tumultuous ocean.

There’s a bio-digester for treating waste beneath the courtyard.

Plus, three 30 gallon tanks collect rainwater from the roof – they’re hidden under the grass.

Solid stones weighing 15 tonnes weigh down the outer walls – Mike is amazed at the men who placed them there 170 years ago.

It took him an hour to drill a hole for a handrail in the hard granite walls.

Mike said: “When we get the big storms, waves crash right over the top here.

“When we had storm Ophelia, we came up here afterwards and it just smelt of fish.

“The storm had blocked all the roof drains with shrimps.”

Mike’s office also boasts a stunning view – and it seems almost built into the rock of the island.

Still, the bloke is in awe of the place.

Back in the day, the fort defended the country and cost more than half a billion pounds in today’s money.

Mike added: “I think how have I ended up with it.

“Why didn't anyone else want to buy it?”

Another difficulty of Thorne Island is the lack of services – the council doesn’t come and pick up your bins.

Mike asks guests to take a bag of rubbish with them when they head back to the mainland.

While activity in the house is normal, with Mike’s wife and three teens living there, there is one big difference.

The fort is utterly silent.

Mike said: “It's almost like all the normal white noise is missing.”

However, the stresses of modern live still invade Mike’s life.

He said: “It's the same old crappy bills over and over.

“It's just relentless here, a constant battle against Mother Nature.”

His Bose speakers are rusty, the fire pit in the garden is falling apart and door fixtures have corroded beyond use.

Still, the bloke seems to enjoy the challenge….