Dakota Johnson and Chris Martin take to the seas in Spain

Dakota Johnson likes to keep her relationship with Coldplay’s Chris Martin out of the limelight.

“We’ve been together for quite a while, and we go out sometimes, but we both work so much that it’s nice to be at home and be cozy and private,” the “Fifty Shades of Grey” star, 32, told Elle UK in an interview published Thursday.

“Most of the partying takes place inside my house.”

Johnson, who has been dating 44-year-old Martin since 2017, also told the outlet that she feels like she acts both younger and older than she really is.

The “Social Network” actress is somewhat of a home-body, and admitted that although she “should get slightly f–ked up” on a Friday night, “drinking tea and watching TV is appealing” to her since she works so much. 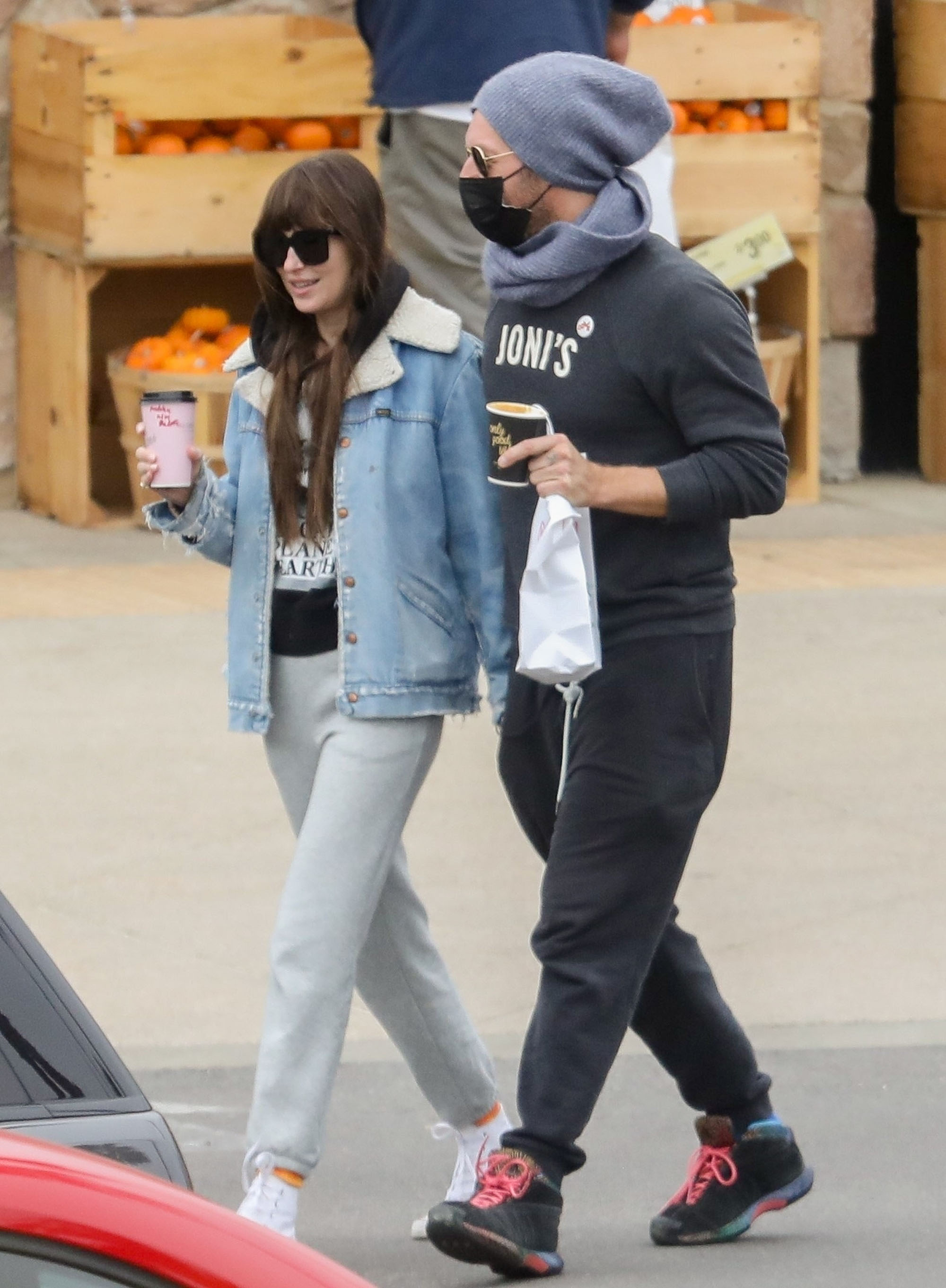 Johnson and Martin moved into their dream home in Malibu together back in January. The $12.5 million house boasts six bedrooms, nine bathrooms, and has a modern Cape Cod-style estate that spans a grand 5,338 square feet.

Rumors have been circulating since December 2020 that the couple are now engaged, but they have yet to confirm it.

However, that hasn’t stopped the pair from gushing about each other in public. Martin dedicated one of his songs to his “universe” (Johnson) during a Coldplay concert at Shepherd’s Bush Empire in London in October.

“This is about my universe, and she’s here,” the rocker told the crowd, as the band began to play their new song, “My Universe,” a collaboration with BTS.

Johnson responded by holding her palms together in appreciation before throwing them both in the air and grooving along to the new track.

Martin was previously married to Gwyneth Paltrow, with whom he shares daughter Apple, 17, and son Moses, 15.