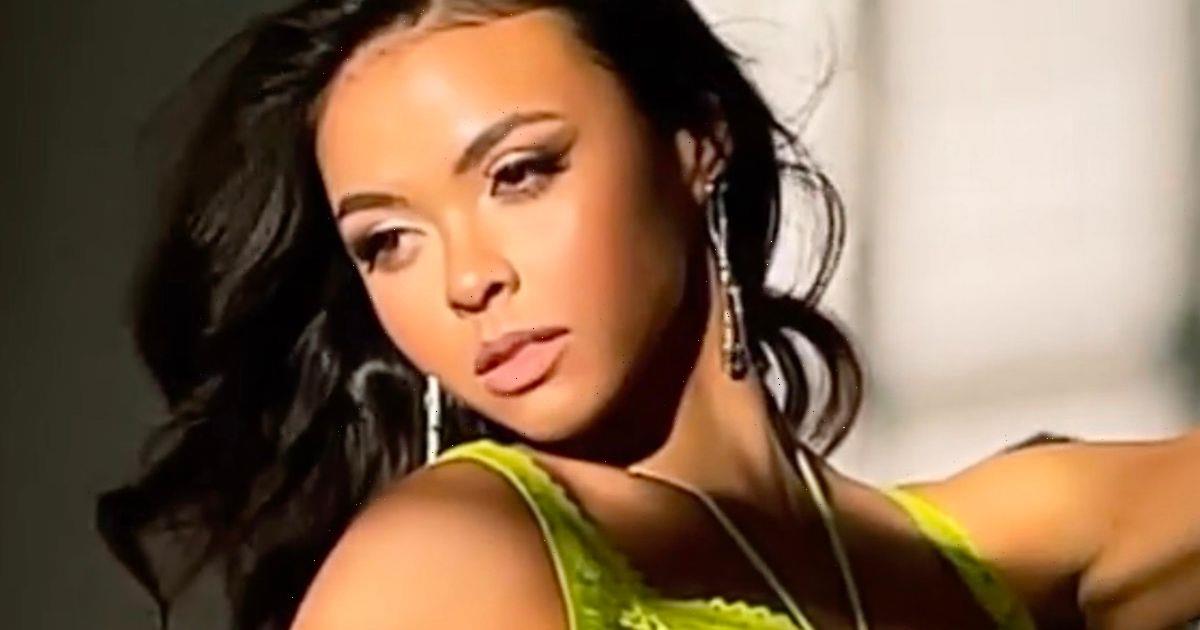 Dancing On Ice Star Vanessa Bauer has taken her Instagram posts to another level after taking part in a shoot for the Savage X Fenty collection.

The professional Ice Skater shared the snap to her social media page as she praised herself for regaining her confidence after battling with an eating disorder as a teen.

Vanessa – who is partnered with Strictly Come Dancing star Brendan Cole – praised her self confidence as she shared behind the scenes snaps with the Savage X Fenty collection.

Posing in a mirror holding her phone up, she wore her hair in a long sleek ponytail as she struck a sultry pose with one hand on her hip.

In an additional snap, Vanessa opted for a gold dress without any underwear as she flashed a smile to the camera for the dazzling looks.

The ice skater oozed confidence as she had her hair blown out in bouncy curls before adding a full face of makeup to the look.

Vanessa looked utterly mesmerising as she posed for the camera in the series of snaps.

The stunning skater confessed that she's feeling more confident than ever after stating that an eating disorder she had as a teen ended her competitive figure skating career.

She said: "After my eating disorder as a teenager ended my competitive figure skating career, I am not afraid to be proud of how confident I’ve become in my own skin.

"To me, beauty is being comfortable within oneself no matter your size, skin or choice of clothing. All women deserve to be respected and are worthy."

The stunning star then signed off wishing her followers a good weekend.

She added: "Have a lovely weekend everyone (hoping the sun comes back out for it?!)"

The professional skater has definitely made it clear that she has her confidence – and her fans supported her in that as she was showed with praise over the stunning series of snaps.

Vanessa and Brendan have already been training hard for the new series of Dancing On Ice, which is scheduled to begin early next year.

She recently suffered a nasty injury during training when Brendan, 45, accidentally sliced her back with his ice skates.

If you're worried about your health or the health of somebody else, you can contact SEED eating disorder support service on 01482 718130 or on their website, https://seedeatingdisorders.org.uk.