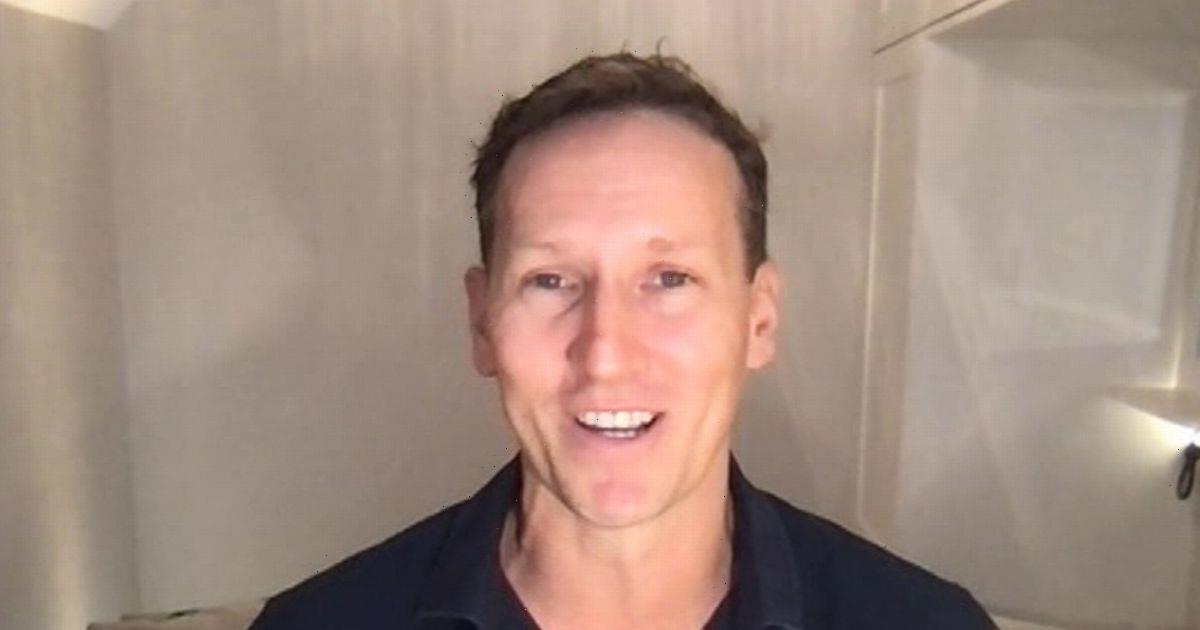 The ballroom whiz said: “Thought we’d go for one of those sexy bath stories that the girls do. Not quite as sexy.

“Such a tough day today I was absolutely rubbish and my body hurts more than it’s ever hurt in the history of hurt. So, well happy bath story, have fun out there.”

This comes after he was spotted taking a tumble and struggling to stay on his feet during a recent rehearsal session.

The star was pictured on his knees before climbing back to his feet after falling over at a London Ice rink.

No stranger to fancy moves, Brandon appeared to be practicing some tricky maneuvers with Vanessa and was seen grabbing one of Vanessa's arms and legs to get in position for a dangerous lift.

The pair took it in good humour and could be seen laughing afterwards.

Brendan and series 10 winner Vanessa were the first Dancing On Ice 2022 pairing to be revealed.

Announcing her partner on Instagram, the German figure skater, 23 said: "We’re both incredibly excited about this new partnership and can’t wait to go above and beyond to hopefully deliver some magic on the ice of you!

The New Zealand-born star isn’t the first Strictly star to skate over to the ITV show.

Fellow professional dancer James Jordan appeared on the show in 2019, setting the bar high for Brendan by winning the competition.

Brendan recently reposted a video Vanessa had shared of them tackling a tricky move together, spinning in unison and raising one leg in the air out behind them at a time.

Twelve celebs are busy polishing up their skating skills before the hit ITV dance competition returns in January.