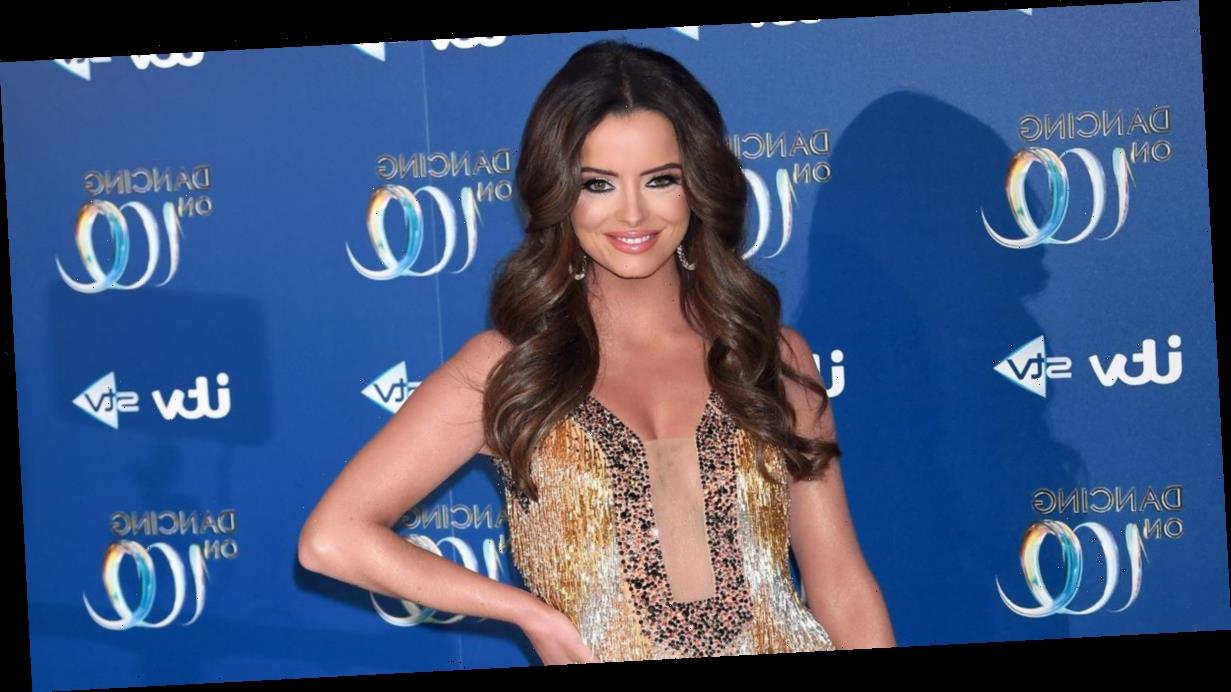 Dancing on Ice has been known over the years for its daring, seductive and skimpy costumes which often sees the women baring their flesh.

Its been met with much praised from viewers who respect its a woman's choice but has also been met with backlash by those who deem the costumes 'sexist'.

The show, which is a British TV dance contest on ITV where celebrities partner with professional dancers and compete for the trophy, has seen many celebs take to its dance floor.

Each couple is scored out of 10 by a panel of judges.

Here are the sexiest ever costumes to appear on the show…

In 2019, Love Island star and Irish beauty Maura Higgins stole the show when she donned this sensational look.

Maura donned a skintight all bodysuit in a leopard print fabric.

It also featured a very daring plunging neckline which ran all the way down to her belly button.

For the occasion, she wore her brunette locks down in glamorous waves.

The former Emmerdale actress, who played the character Jo Stiles, starred on the show back in 2009.

She oozed sex appeal at the time in a number of daring looks but her most iconic was of her in the little green number.

Roxanne looked almost fairy-like in the short piece which featured a bra/corset design.

The sleeveless piece commanded much attention as she danced with professional dance partner Kelvin Fletcher.

In 2013 Samia Ghadie flashed her bum cheeks in an outfit so short it failed to cover her toned rear.

The yellow number plunged down to reveal her cleavage as well as flashing everything every single time she did a daring move.

For this look, she wore her brunette locks down and left her hair to tousle down her back.

To complete it, she finished off with a pair of black high-heels.

Back in 2014, Jorgie Porter stunned in this matching number which featured a bra and skater skirt.

The pink, orange and blue stripped two-piece clung to her curves as she flashed her toned abs.

The blonde bombshell also let her hair do the talking as she wore it up but with much volume as she let it fall down her back.

In 2010, just a year after Roxanne Palette danced in this little green dress Jennifer then stole its crown and wore it for a dance.

Like Roxanne, she wore it with her brunette locks down in glamorous bouncy waves as her hair tousled around her slender frame.

The piece appeared to be the exact one Roxanne wore with every detail looking near enough the exact same.

In January 2020, Caprice rocked the ice in a very sexy white dress as she showed off her ageless figure.

The piece sat just below her rear and flashed a whole lot of flesh including her stomach as she twisted and turned on the ice rink.

It featured mostly sheer fabric to give it that glamorous showbiz look and long sleeves.

The blonde minx wore her hair down as she whipped it behind her back.