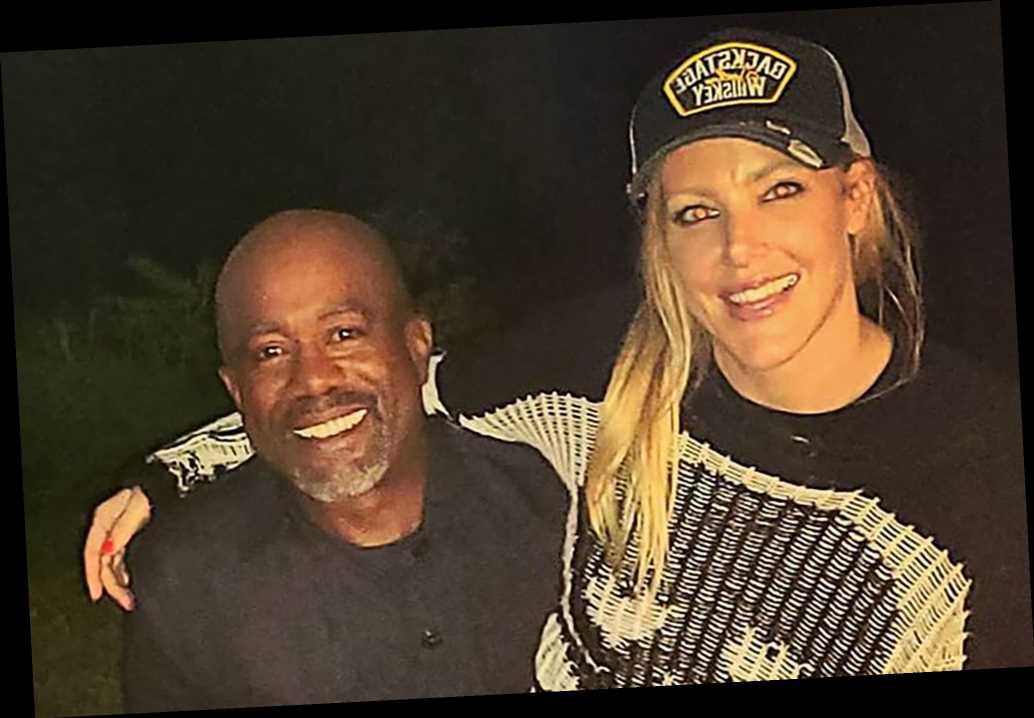 It’s unclear when their romance began, but he and his estranged wife, Beth, announced in July they were splitting up after 20 years of marriage.

An insider told us that the couple started out as friends.

Quigley hasn’t been trying to conceal her relationship with the country crooner. The “Date Fails” podcast host recently shared a picture on Instagram of her sitting on Rucker’s lap next to fellow comedian Bronston Jones and wrote, “Can’t tell ya how much I love these two.”

She and Rucker also attended Dave Chappelle’s birthday party over the summer.

Quigley recently tweeted, “My boyfriend is a dolphins fan. Now I get why he likes me so much. He has a thing for lost causes.”

As Hootie once crooned in the hit single “Only Wanna Be With You,” “Sometimes you’re crazy and you wonder why / I’m such a baby ’cause the Dolphins make me cry.”