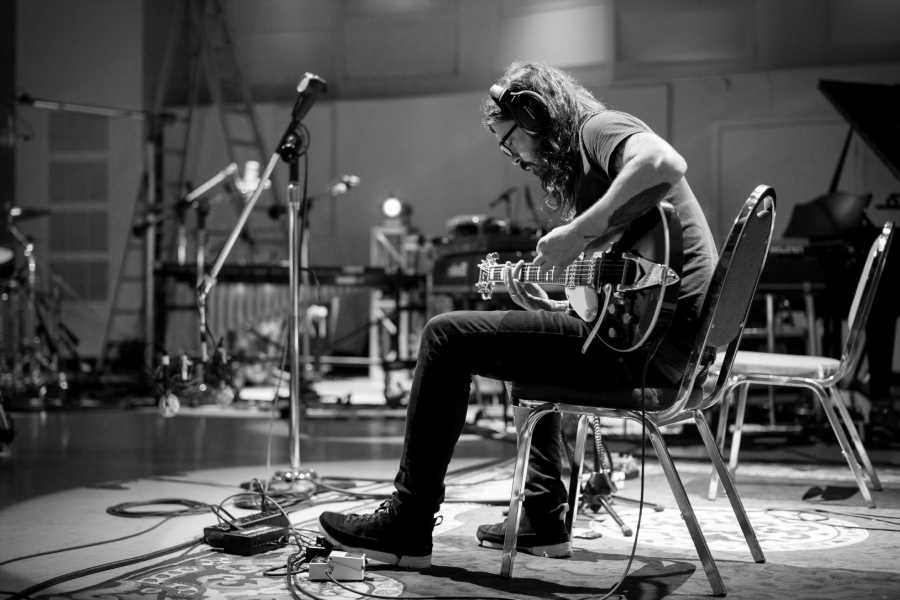 Dave Grohl will regale audiences with rock & roll tales from his new memoir, The Storyteller, at a series of upcoming live events.

The first of the five shows will take place September 27th in London, with the next four happening in the United States: October 5th in New York City, October 7th in Washington, D.C., and October 12th and 13th in Los Angeles. Tickets for all five events go on sale Monday, September 20th, at 12 p.m. ET/9 a.m. PT. Each ticket purchased will come with a copy of The Storyteller, and tickets are limited to two per transaction.

The Storyteller is set to arrive on October 5th via Dey Street books. The memoir finds Grohl recounting stories from throughout his life and career, including dispatches from his childhood and his time with the Foo Fighters and Nirvana. The book will also feature anecdotes about David Bowie, Joan Jett, Iggy Pop, and Paul McCartney, as well as characteristically Grohli-ian anecdotes like the time he played drums for Tom Petty, went swing dancing with AC/DC, and performed at the White House.

In a recent trailer for the book, Grohl spoke about how all the free time he had during the pandemic prompted him to write the book, as well as the challenge of winnowing down the right material to include. “I could write an entire book about the band Scream,” Grohl said. “I could write an entire book about my time in Nirvana. The idea was to choose the stories that best described what it’s like to be behind the curtain and on the inside of the music, from the drum stool looking out. To play music, have this beautiful family, travel the world, meet people from all walks of life, I never take any of this for granted, believe me.”