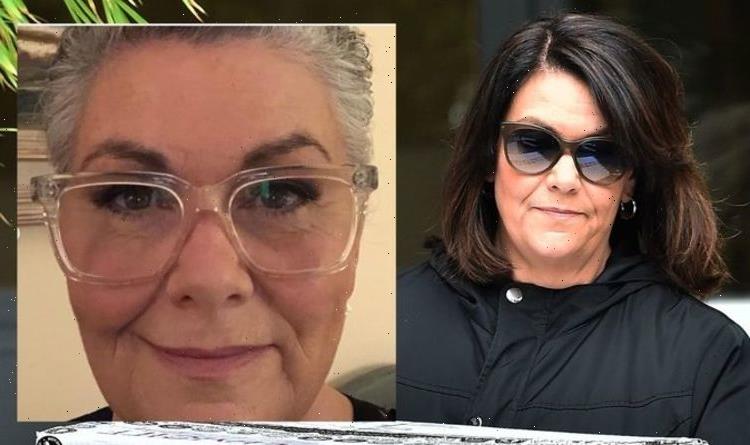 The comedy legend who is best known for roles such as the BBCs The Vicar of Dibley, and one half of the comedy duo French and Saunders, also impressed fans when she revealed her dramatic weight loss. Losing over seven stone, rumours spread that she initially shifted the weight due to her split from husband Lenny Henry. But the 63-year-old went on to reveal another more sinister reason for her dramatic weight loss.

During a one woman show the star spoke emotionally about her life and weight loss journey. She added that many papers at the time speculated if she had had a gastric band fitted, but in reality Dawn was “quite ill”.

Dawn went on to explain that “all kinds of hell ​[was] kicking off in here, where I keep my lady plumbing.”

Using the phrase “lady plumbing” to describe her womb and private area the actress admitted that she had had a cancer scare.

“I eventually went to hospital, and my doc was so convinced I had uterine cancer, that he ordered a second biopsy to be sure, when the first one was clear,” Dawn continued.

“Even before the result of the second one, I decided to be done with my old enemy, my defunct reproductive stuff. It was curtailing my life.”

The “old enemy” that Dawn refers to was her womb and reproductive system which she later decided to have removed in a hysterectomy.

Dawn said: “So my womb and I parted company. Goodbye.”

The NHS explains that a hysterectomy is a surgical procedure to remove the womb (uterus). If you have already not gone through menopause you will no longer have periods regardless of age.

The need for the procedure is usually due to one of these following underlying health issues:

Due to the nature of the operation, recovery time can be up to three months, unless it is performed via keyhole surgery. And this is exactly what inspired Dawn to lose the weight.

“When I was due to have my hysterectomy the doc told me that if I could lose some weight before the op, they would be able to do it via ‘key-hole’, and I would recover in three weeks or so.

“Otherwise it would be big open surgery, and three months to recover. So, I set about dropping a few stone.

“No magic wand, just tiny, joyless low-cal eating and lots more walking for weeks and weeks. It was grim. I lost seven and a half stone. I could have the keyhole surgery. Great. That’s all it was, practical.”

The method of a low-calorie diet and lots of walking worked wonders for Dawn and she was able to also avoid a terrifying cancer diagnosis thanks to the surgery.

Uterine cancer is cancer of the womb. Often known as endometrial cancer, it begins in the cells that make up the lining of the womb or in rare cases can start in the muscle wall of the womb.

Although in the same reproductive system, womb cancer is separate from other cancers such as ovarian and cervical cancer.

If the condition is discovered early, removing the uterus surgically often cures endometrial cancer. Sometimes radiotherapy and chemotherapy are recommended too.

If you have not been through menopause at the time of diagnosis and would still like to have children a type of hormone therapy – progestogen – is used to allow your organs to function.

After having a hysterectomy you may find it physically more difficult to have sex and also have a reduced sex drive. As it is a drastic surgery it is always best to talk through all the available options with a GP or medical professional.