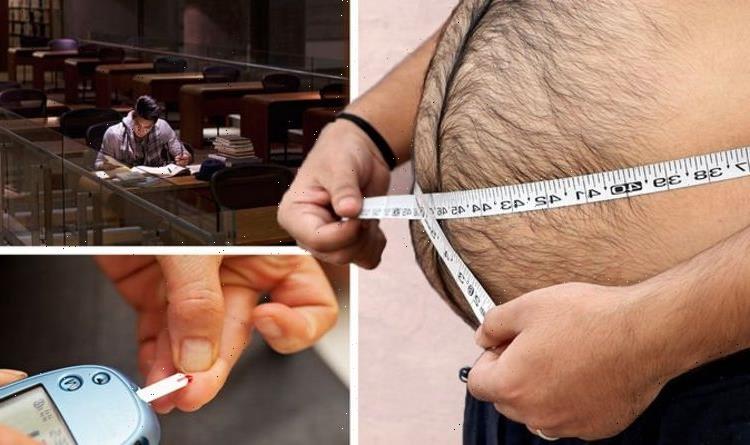 Dementia: Dr Sara on benefits of being in nature

The burden of dementia is set to become even more onerous in the coming decades if steps are not taken to modify the risk. This dire assessment comes from a major new study published in the journal Lancet Public Health today. Researchers predict the number of adults living with dementia worldwide will nearly triple – from an estimated 57 million in 2019 to 153 million – in 2050.

Researchers ascribe this escalation to population growth and population ageing.

They pinpointed four risk factors for dementia that could drive up cases in the coming decades.

Smoking, obesity, high blood sugar, and low education will have an outsized impact on future trends, the researchers predict.

For example, improvements in global education access are projected to reduce global dementia prevalence by 6.2 million cases by 2050.

But this will be countered by anticipated trends in obesity, high blood sugar, and smoking, which are expected to result in an additional 6.8 million dementia cases.

Dementia cases will rise in every country, with the smallest estimated increases in high-income Asia Pacific (53 percent) and western Europe (74 percent), the study suggests.

According to the estimates, the largest growth will be in north Africa and the Middle East (367 percent) and eastern sub-Saharan Africa (357 percent).

In western Europe, the number of dementia cases is expected to rise by 74 percent, from almost eight million in 2019 to nearly 14 million in 2050.

The Global Burden of Disease study is the first to provide forecasting estimates for adults aged 40 and older across 204 countries worldwide.

Modifiable risk factors – what we know

The warnings are in line with previous findings published in the Lancet.

The commission estimates that the above risk factors account for an estimated 40 percent of worldwide dementia cases.

Commenting on the latest findings, lead author Emma Nichols, from the Institute for Health Metrics and Evaluation (IHME) at the University of Washington, America, said: “Our study offers improved forecasts for dementia on a global scale as well as the country level, giving policymakers and public health experts new insights to understand the drivers of these increases, based on the best available data.”

She continued: “At the same time, we need to focus more on prevention and control of risk factors before they result in dementia.

“Even modest advances in preventing dementia or delaying its progression would pay remarkable dividends.

“To have the greatest impact, we need to reduce exposure to the leading risk factors in each country.

“For most, this means scaling up locally appropriate, low-cost programmes that support healthier diets, more exercise, quitting smoking, and better access to education.”

Dementia – what are the symptoms?

Dementia symptoms may include problems with:

“People with dementia can lose interest in their usual activities, and may have problems managing their behaviour or emotions,” adds the NHS.