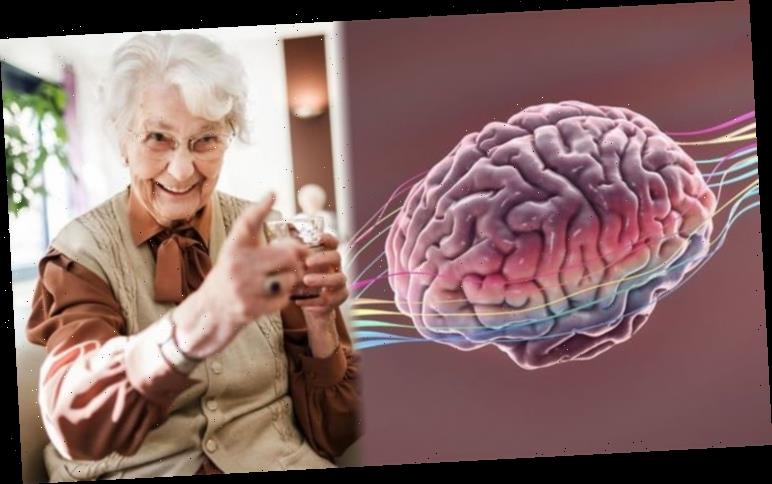 Raise a glass – researchers have concluded that moderate levels of drinking can help ward of symptoms of dementia and, most specifically, Alzheimer’s.

Alzheimer’s is the most common form of dementia, according to the Alzheimer’s Society.

A progressive brain disease, symptoms of the condition include memory problems, trouble with thinking things through and speech issues.

Dr Dong Young Lee and his team of researchers from Seoul National University College of Medicine studied 414 men and women, whose average age was 71 years old.

Participants were free of alcohol-related disorders, and underwent physical exams, tests of mental acuity and PET and MRI scans.

For the experiment, test subjects were interviewed about their drinking habits.

Published in the peer-reviewed journal PLOS Medicine, the study concluded that moderate drinkers had a 66 percent lower rate of amyloid deposits in their brain.

Alzheimer’s Society notes that amyloid is one of the proteins found in the brain of people suffering from Alzheimer’s disease. The other protein is called tau. 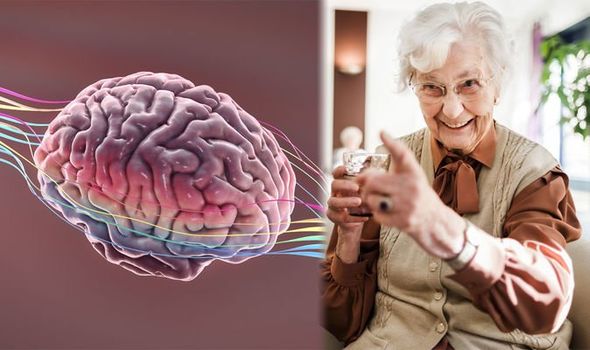 A build-up of amyloid and tau proteins becomes toxic in the brain.

Tau proteins, on the other hand, forms tangles, twisting inside cells and blocking them.

The researchers added that the results only applied to those who drank moderately for decades.

Moderate drinking in the study referred up to 13 “standard drinks”.

To elaborate, one “standard drink” in this experiment was classified as either 12 ounces of beer, five ounces of wine, or one-and-a-half ounces of hard liquor.

Dr Lee, the senior author of the study, stated the observational study doesn’t prove cause and effect. 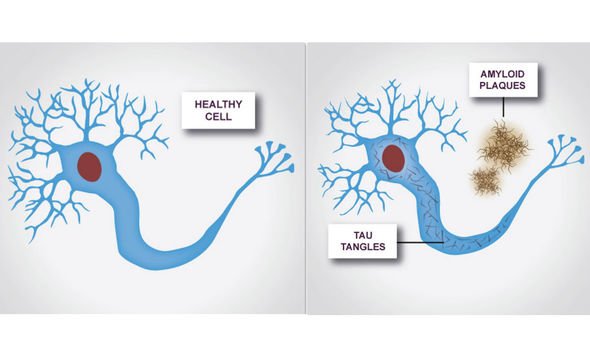 “Excessive alcohol consumption over a lengthy time period can lead to brain damage, and may increase your risk of developing dementia,” the charity said.

This is because people who drink heavily have a reduced volume of white brain matter, which helps to transmit signals between different brain regions.

The charity adds: “Drinking alcohol in moderation hasn’t been conclusively linked to an increased dementia risk, nor has it been shown to offer significant protection against developing dementia.”

However, it does state: “Those who drink alcohol within the recommended guidelines are not advised to stop on the grounds of reducing the risk of dementia.” 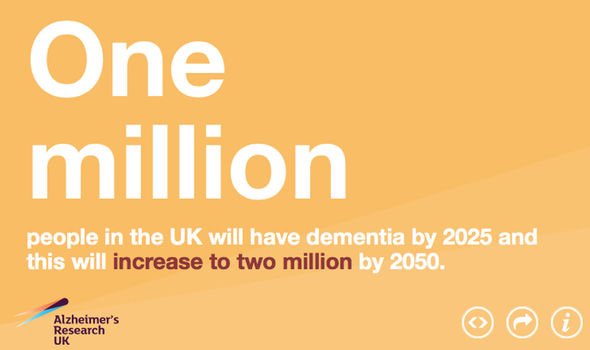 Alzheimer’s Society defines between one to 14 units per week as moderate alcohol consumption.

According to the NHS, a typical 175ml glass of 12 percent wine is equivalent to two units.

A pint of cider or beer (at 3.6 percent) is also considered two units.

For beers or ciders with an ABV of 5.2 percent, they are classified as three units.

Additionally, one single shot (25ml) of spirit, such as vodka, gin or whisky, is one unit.