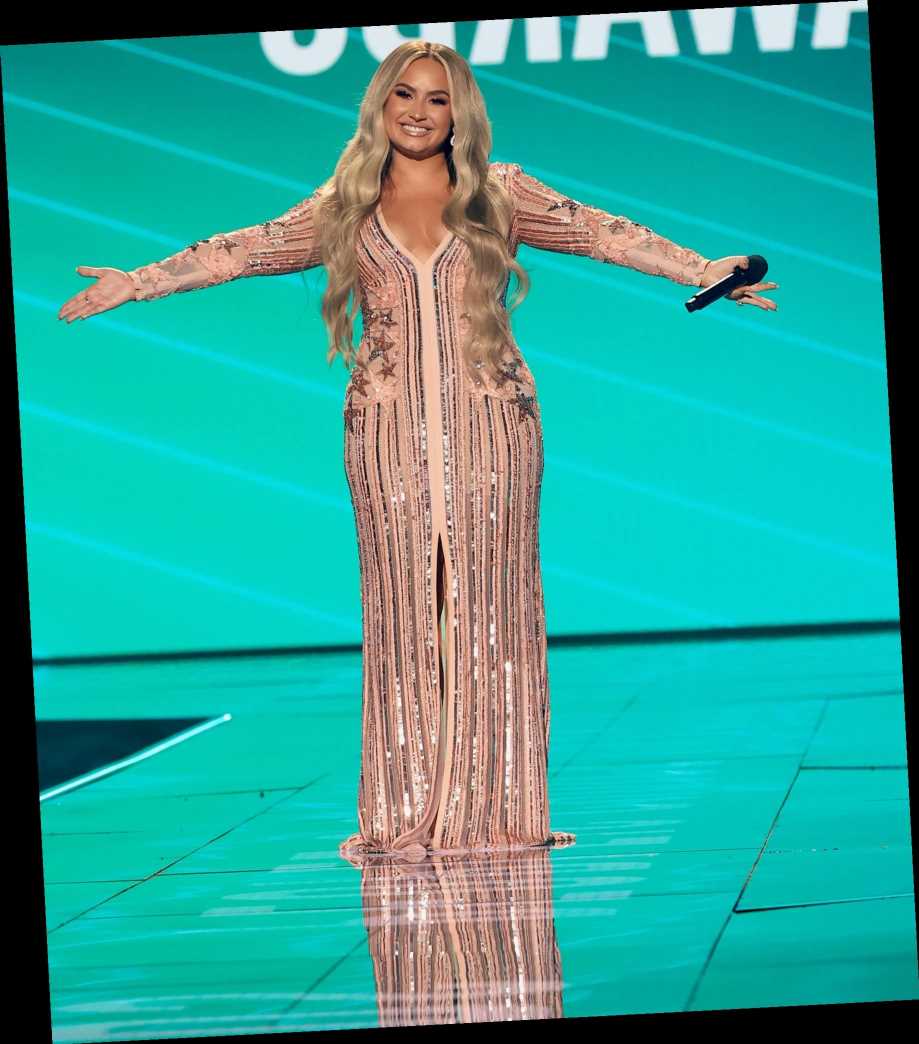 Demi Lovato started off the People’s Choice Awards with a bang!

During her opening monologue, host Lovato, 28, poked fun at her eventful year, which included calling off her engagement to Max Ehrich in September.

"I am so excited to be here tonight because honestly this year has been the longest three years of my life," the singer said as she reflected on some of her biggest moments from the start of the year. "Don't get me wrong, it started out amazing. I performed at the Grammys and sang the national anthem at the Super Bowl. But then, COVID hit, and everything shut down."

"So I did what everyone else did, I went into lockdown mode, and got engaged," she quipped, referring to Ehrich's proposal in July.

Lovato then went on to jokingly share a list of the ways she kept busy over the next few months.

"I got into painting, photography, meditation, tested the limits of post mates unlimited. Also, I didn't know this could happen, but reached the end of Instagram four times. I binged seven seasons of Pretty Little Liars, got unengaged, then went looking for aliens in the desert,” she continued.

"So basically the same as everyone else," she joked. Shortly before stepping out onto the stage, Lovato opened up on the red carpet about how “excited” she was to be hosting the show.

“I think the best part about this awards show is that the people vote. Anytime that there’s an award show where people vote, it’s incredible,” she said. “It’s been amazing. I’m so glad I get to come back and host.”

And while Lovato is no stranger to performing at awards shows, she said that hosting is definitely “a little out of the comfort zone,” adding, “It’s completely different because when I’m singing I’m really in my element. For hosting it’s not my first language so to speak,” she explained. “But that’s what makes it exciting and fun.”

“Making it live is going to be all the more exciting, and nerve-wracking but exciting,” she added. “Hopefully it goes well.”

Due to the airborne transmission of COVID-19 and case spikes across the country, the CDC advises against indoor gatherings of large groups, and recommends six feet of distance and face coverings at all times.