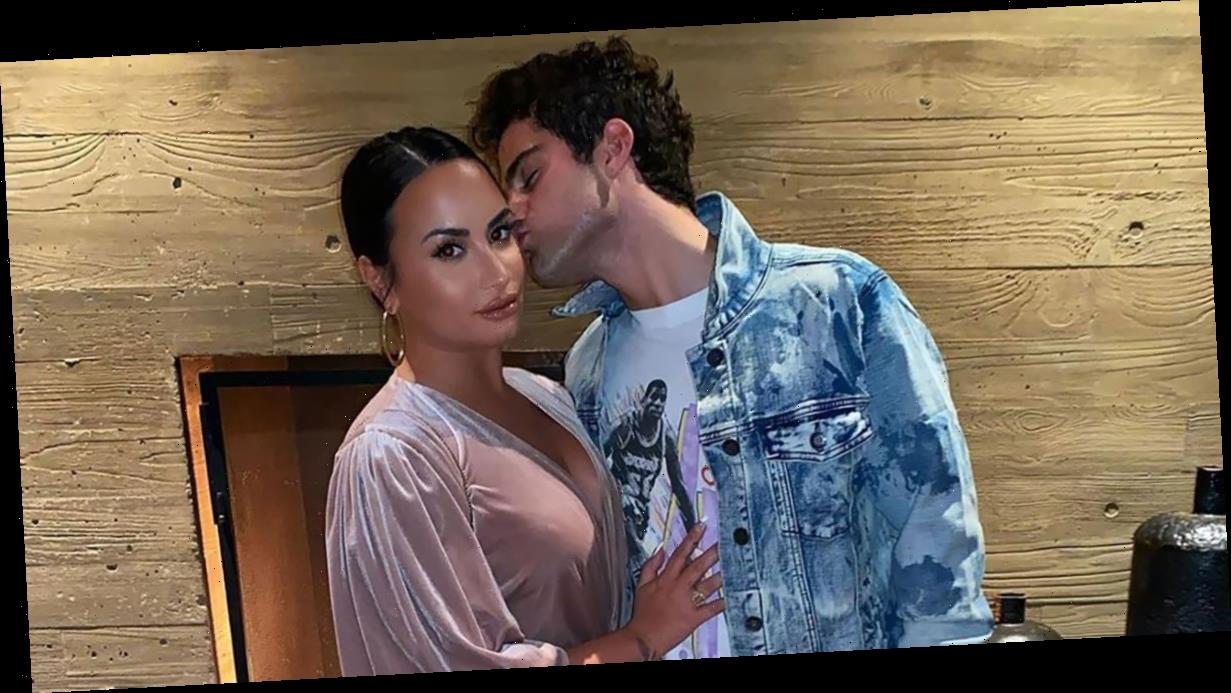 Sending a message? Demi Lovato hinted at her split from fiancé Max Ehrich when she shared a video of herself without her engagement ring.

Demi Lovato and Max Ehrich: A Timeline of Their Relationship

The “Sorry Not Sorry” singer, 28, posted the clip via her Instagram Story on Thursday, September 24, which showed her wearing a “dogs over people” shirt. Lovato — who was also sans ring — zoomed in on the words as she filmed herself in the mirror. The Disney Channel alum later posted a photo of herself getting ready with her glam squad.

Us Weekly confirmed on Thursday that Lovato and Ehrich, 29, had called it quits on their romance just two months after announcing their engagement. A source told Us that the Young and the Restless alum’s career was a contributing factor in their split.

“In the beginning, Max was super careful about self-promotion [and] things with his career, but once they got engaged, he really hit the gas pedal and wanted to make the most out of his career opportunities,” the insider said. “He felt more comfortable doing so after they were fiancés and had a little bit more of a leg up.”

A second source told Us that their friends questioned their romance in the weeks leading up to their breakup. “Those close to them were skeptical about their relationship and the longevity of it,” the insider said.

The source noted, “Max is in Atlanta filming and Demi was with him there recently and had been supporting him, but he is just kicking off his career. Friends thought they were going to implode.”

Us broke the news in March that the couple were dating after her fling with Austin Wilson. One month later, a source told Us that Ehrich had plans to propose. “The quarantine has been really great for Demi, and she and Max have gotten so close,” the insider said at the time.

Lovato told PopCrush earlier this month that she was considering eloping with Ehrich instead of having a traditional wedding.

“The thing is with the [coronavirus] pandemic, it’s, like, on one hand, I would love to elope because my life is so public, and I want to keep it sacred between me and him,” she said at the time. “On the other hand, I want my friends and family to be there for a celebration, but I can’t do that until the pandemic’s over because it’s not safe.”

The “I Love Me” singer added, “It’s all this planning. But I have my image for what I would want it to be if I got to do a big celebration.”