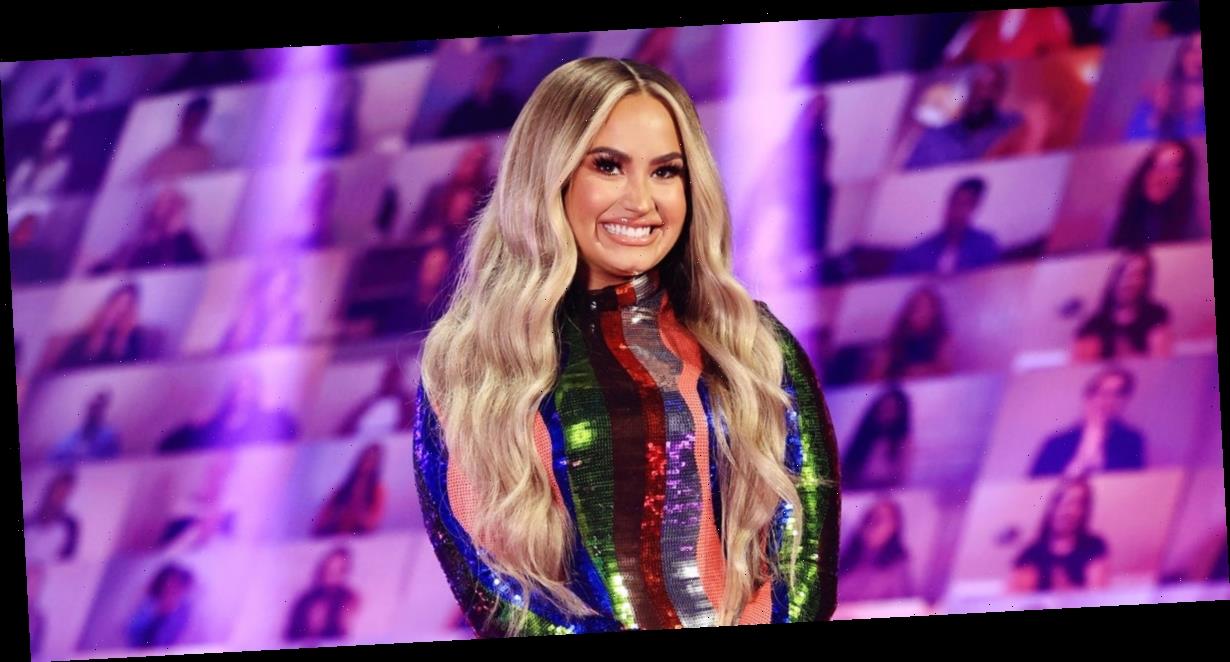 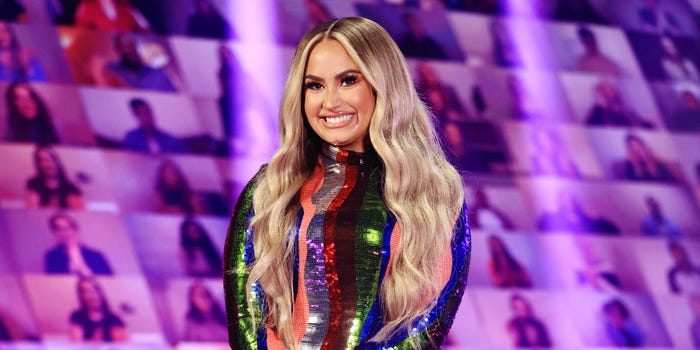 For years, Demi Lovato has used her platform to bring awareness to mental health and share her experiences living with and recovering from an eating disorder.

On Friday, the "Anyone" singer gave an update to her 95 million Instagram followers, writing in a post: "I'm so grateful that I can honestly say for the first time in my life – my dietitian looked at me and said 'This is what eating disorder recovery looks like.'"

"I used to genuinely believe recovery from an eating disorder wasn't real," Lovato wrote. "That everyone was faking or secretly relapsing behind closed doors. 'Surely she throws up here and there,' 'she can't POSSIBLY accept her cellulite'… those were just a few of the things that I used to tell myself growing up."

The musician shared a series of pictures from a solo photo shoot she did earlier in 2020 where she put glitter paint on the skin on her lower body.

"In honor of my gratitude for the place I'm in today, this was a lil shoot I did by myself in quarantine this summer when I wanted to celebrate my stretch marks instead of being ashamed of them," Lovato wrote.

Lovato added: "I started wearing actual glitter paint on my stretch marks to celebrate my body and all of its features (whether society views them as good OR bad). My stretch marks aren't going away so might as well throw a lil glitter on em' amiright?"

The singer added that all pictures in the series, except the last image, included a photo-edited layer of sparkles.

She finished her post with a message of encouragement, writing: "Also let this be a reminder to anyone who doesn't think it's possible: IT ACTUALLY IS. YOU CAN DO IT. I BELIEVE IN YOU. This year was tough.. be gentle on yourself if you slip up and remember to get right back on track because you're WORTH THE MIRACLE OF RECOVERY."

It's not the first time Lovato has taken to Instagram to speak openly about her insecurities. In September 2019, she shared an unedited picture in a bathing suit, writing: "This is my biggest fear. A photo of me in a bikini unedited. And guess what, it's CELLULIT!!!!"

In February, the singer shared a no-makeup selfie and wrote: "it's important to show myself underneath it all" in response to a series of photos she shared where she had sported professional hair and makeup looks.

"This is what I look like 85%-90% of the time. Proud of my freckles, proud of booty chin and proud of myself for loving and accepting myself the way I am," Lovato said in the caption.

In an episode of Ashley Graham's "Pretty Big Deal" podcast that aired in February, Lovato detailed her eating disorder recovery, saying that she has worked with experts, including therapists, dietitians, and other medical professionals.

She added that prior to suffering a drug overdose in July 2018, she lived with an eating disorder that came in the form of addiction with healthy eating and exercise.

Insider's health reporter Gabby Landsverk previously reported that a compulsion to work out, as described by Lovato, is known as exercise addiction.

"I thought the past few years was recovery from an eating disorder when it actually was just completely falling into it," Lovato told Graham in the podcast interview.

Lovato added: "There were times I lived at the gym. I'd eat a meal, go work out. And that's not happiness to me, that's not freedom."

The "Confident" singer told Graham during the podcast interview that she's focused on body acceptance.

"I see myself in the mirror and I say … 'Nope, you're healthy and I accept you.' And that's all I need to do," Lovato said on the "Pretty Big Deal" episode. "It's expressing gratitude in the health and reality in accepting yourself rather than trying to convince yourself of something you don't believe."