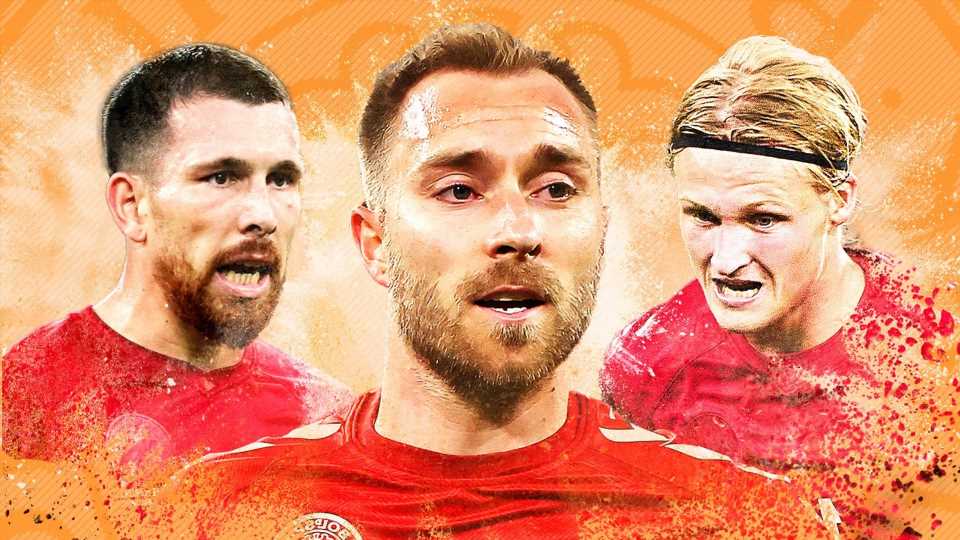 DENMARK are one of the teams that, although they might not be favourites in the World Cup, are expected to make life difficult for every team that competes against them.

The Danes have shown character against some of the most challenging teams in the last calendar year thanks to a squad full of experience and talent and a suitable strategy. 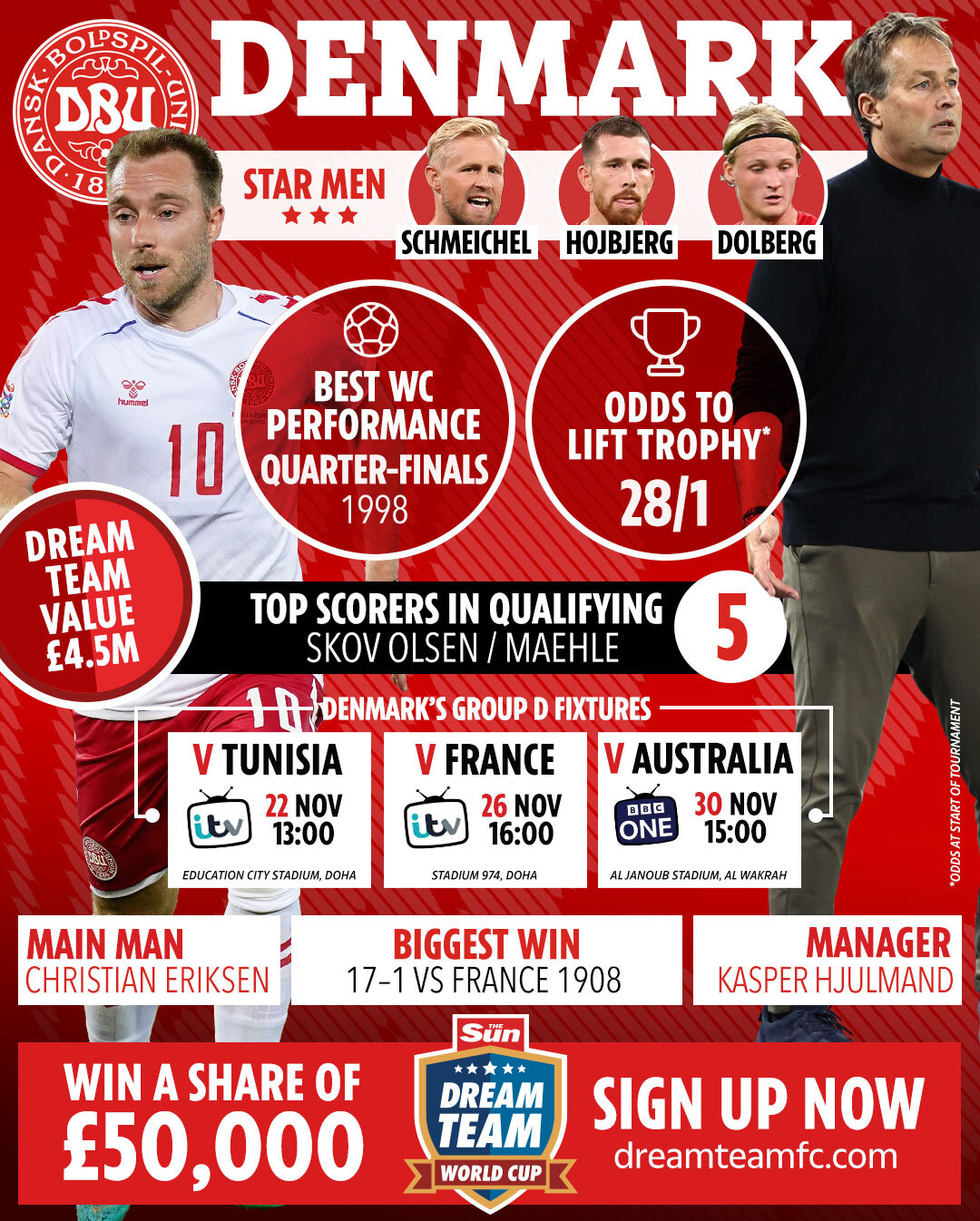 With most of the players playing in the top five European leagues on a club level, it is no surprise that they achieved victories against the current World champions France twice in the Nations League tournament.

The team has also earned six wins in their last seven games of the World Cup Qualifications, making a statement that they will be fighting for the top spot in Group D, where they will compete against Australia, France and Tunisia.

Kasper Hjulmand, who has been in charge of the team since 2020, has managed to build a flexible side that reached the European Championship semi-final last year.

The Danish are expected to show a solid performance off the ball, but to experience struggles with it, considering the lack of a distinguished finisher who can take advantage of the chances created by the experienced midfield. 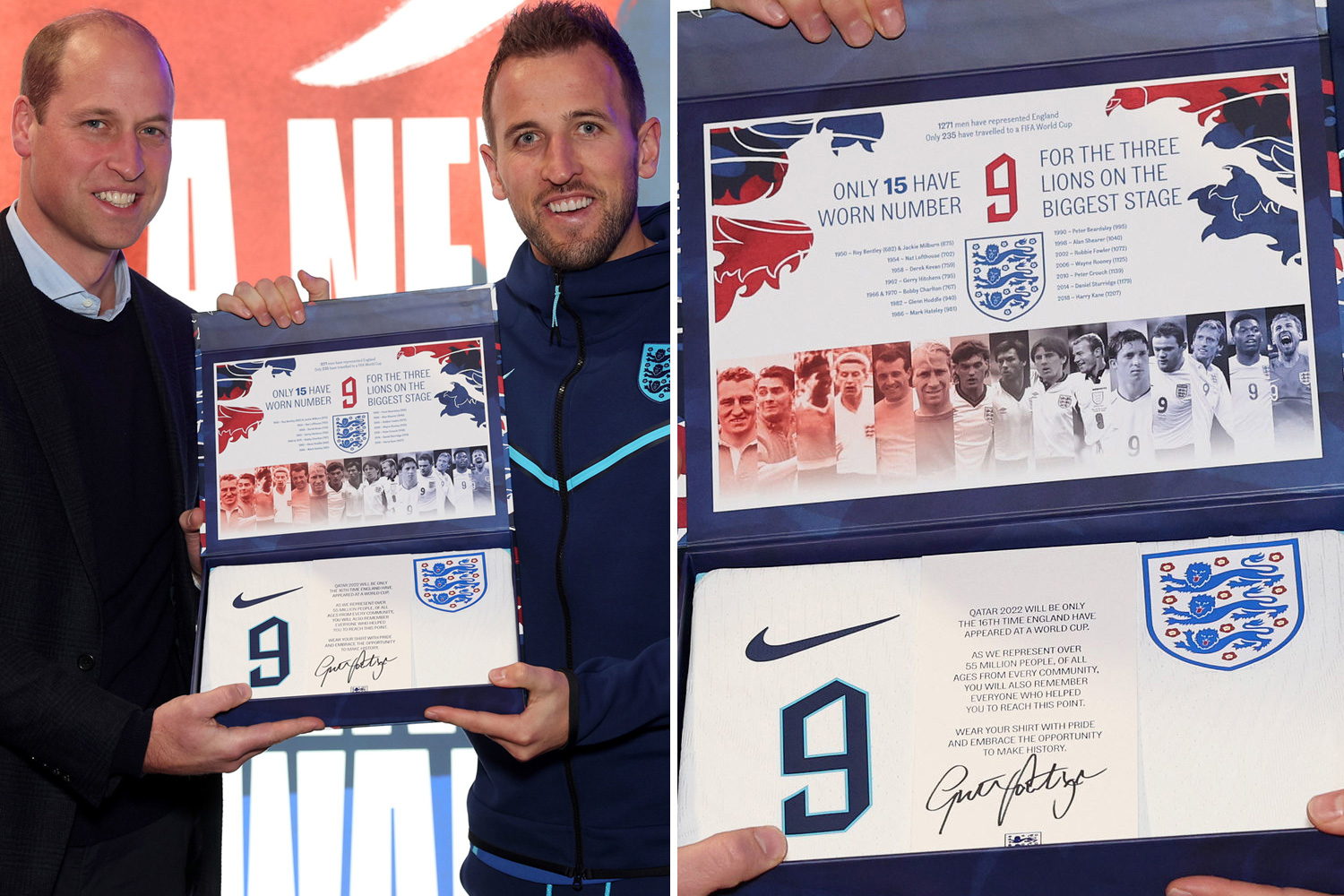 The manager’s tactical flexibility sees him easily switch between 4-3-3 and back-three formations.

It is expected that he will predominantly rely on the 4-3-3 scheme throughout the tournament, although his starting XI is equally as unpredictable as his tactical changes.

However, some players have earned his trust, and he is expected to rely on them for this new challenge. 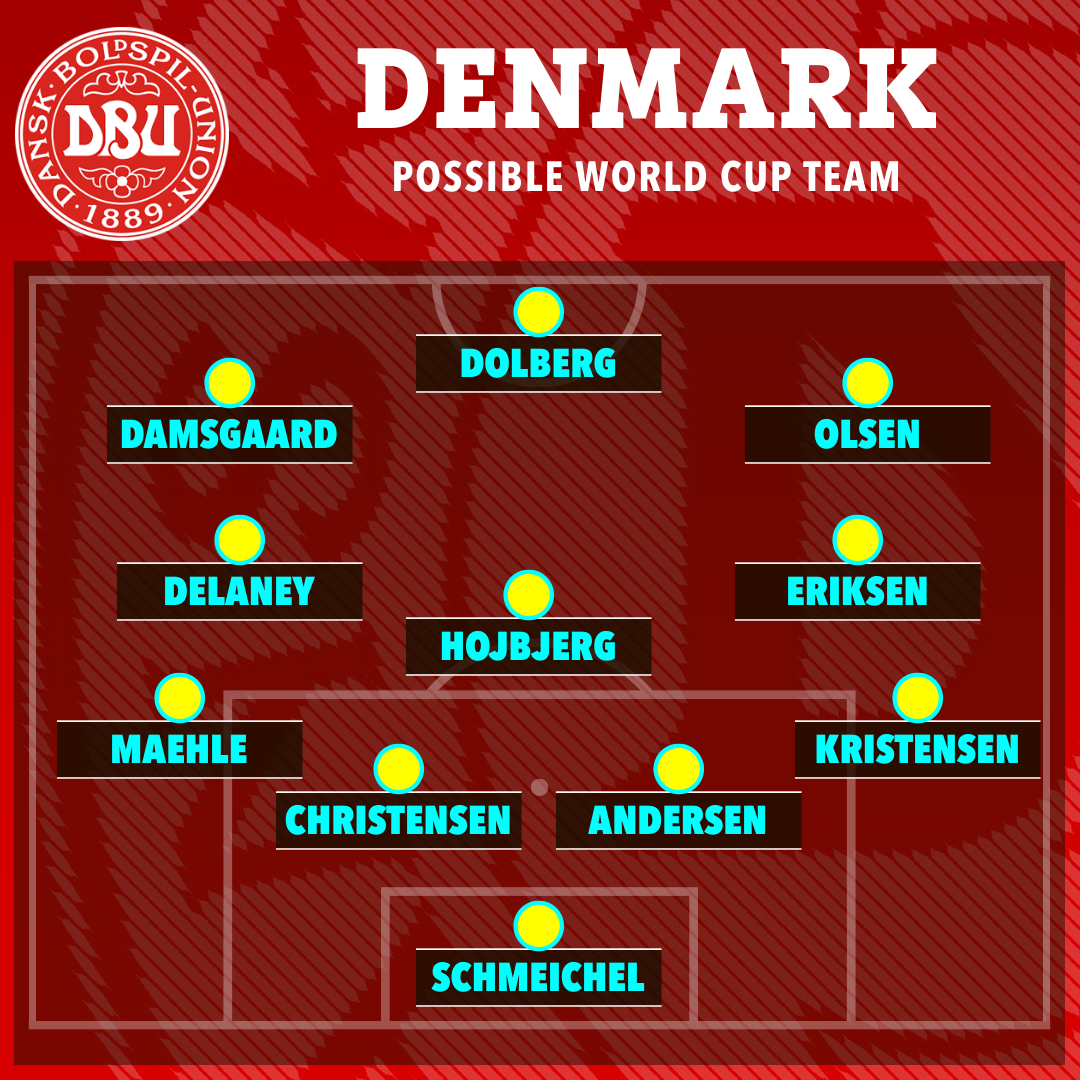 The 35-year-old Kasper Schmeichel remains the main option for the goalkeeping spot.

The left-back position will be occupied by Atalanta’s Joakim Mæhle, who is capable of disturbing the opposing players by constantly joining in the attack and creating overloads.

The other full-back spot is expected to be covered by Rasmus Kristensen. The 25-year-old has been one of the best performers for Leeds and will balance out the team’s defensive performance by compensating for Mæhle’s offensive movement.

Andreas Christensen and Joachim Andersen will be the pair in central defence as they formed a good partnership for Denmark, with Milan‘s Simon Kjær most likely to be left as an additional option, despite his leading qualities and experience.

However, Hjulmand won’t take any risks with his midfield picks, lining up Thomas Delaney, Christian Eriksen and Pierre-Emile Højbjerg to dominate centrally. 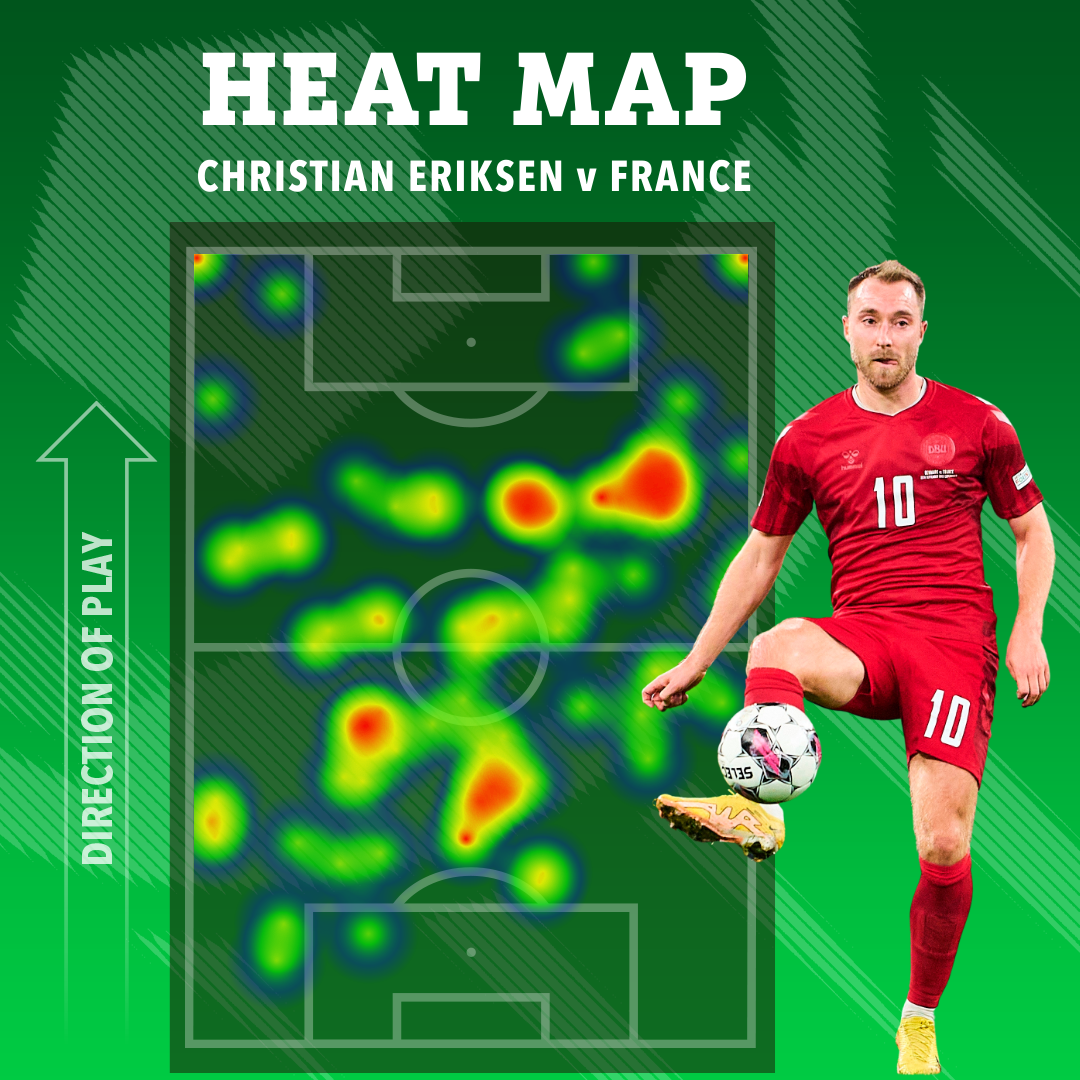 The manager’s quality options in attack are more limited.

It is yet unclear if he will rely on a particular player for the whole tournament or rotate them.

The left-wing is reserved for Mikkel Damsgaard, while the in-form Andreas Skov Olsen will be the threat from the right.

The 25-year-old Kasper Dolberg might get the chance to lead the attack, despite the slow start of his spell at Sevilla, where he is yet to score.

As already mentioned, the Danish might experience struggles in the attacking phase.

This is their weaknesses compared to the rest of the teams participating in the World Cup.

The players’ inability to retain possession in the advanced areas and to win their offensive duels often stops them from creating goalscoring opportunities.

Even in the cases where they manage to reach the final third, the lack of a distinguished finisher results in a low number of goals.

The team try to apply constant pressure on their opponents, and they are good at winning the ball back.

The high press helps them to recover possession in the final third frequently, which means they avoid dangerous attacks and can remain solid defensively.

The only thing that takes off of their defensive performance is Mæhle’s active offensive role. 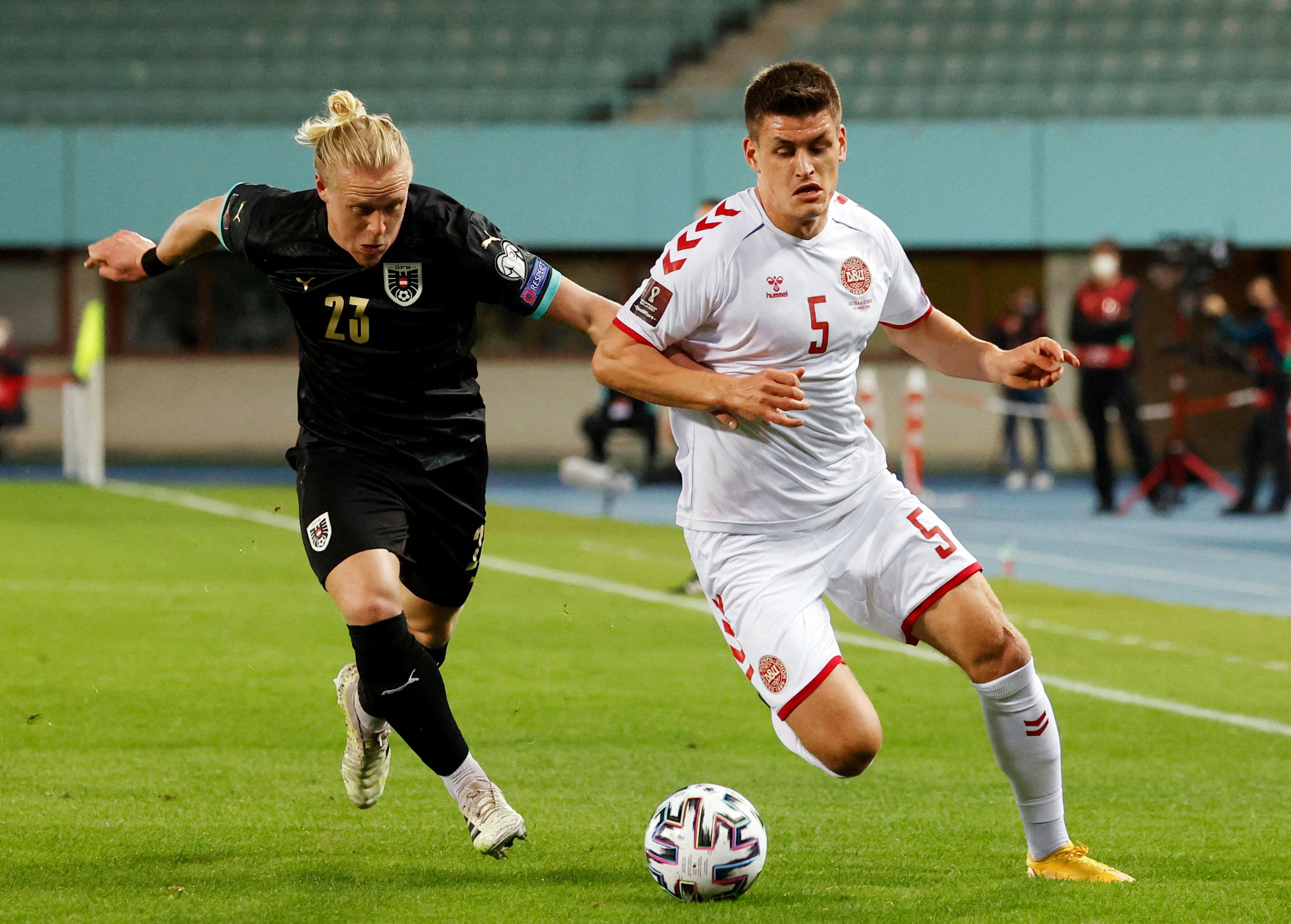 His movement to the advanced areas often means that the spaces behind him can be exploited should the opposition recover possession and make a quick turnover.

However, in most cases, the midfield players do provide additional support and cover depth whenever any of their teammates are out of position.

Denmark rely on frequent passing and focus on a high pass completion rate in their aim to retain control of the games.

The team have averaged an 85.3% accuracy of their passes in the last calendar year, which has helped them dominate their opponents.

They actively involve Schmeichel in their ball retention and build-up from the back which allows the team to occasionally move into a more advanced position and bypass the opposing press more easily.

The forwards’ stats are not satisfying enough both at a club and international level.

Surprisingly, one of the most efficient players in front of the goal during the qualifications has been the left-back Mæhle, who has scored five goals.

Most of the attackers are struggling at club level as well, not getting enough playing time and respectively failing in fulfilling their responsibilities.

The midfielders are the ones that balance out the team’s performance.

As already explained, the manager has relied on experienced players, which all can be described as “key” for their performance both on and off the ball.

The three of them have perfectly split responsibilities and have different profiles, which allows Denmark to achieve that balance.

Delaney is more supportive of the defensive phase and his presence centrally is key for breaking opposition attacks and keeping the ball away from their own goal. 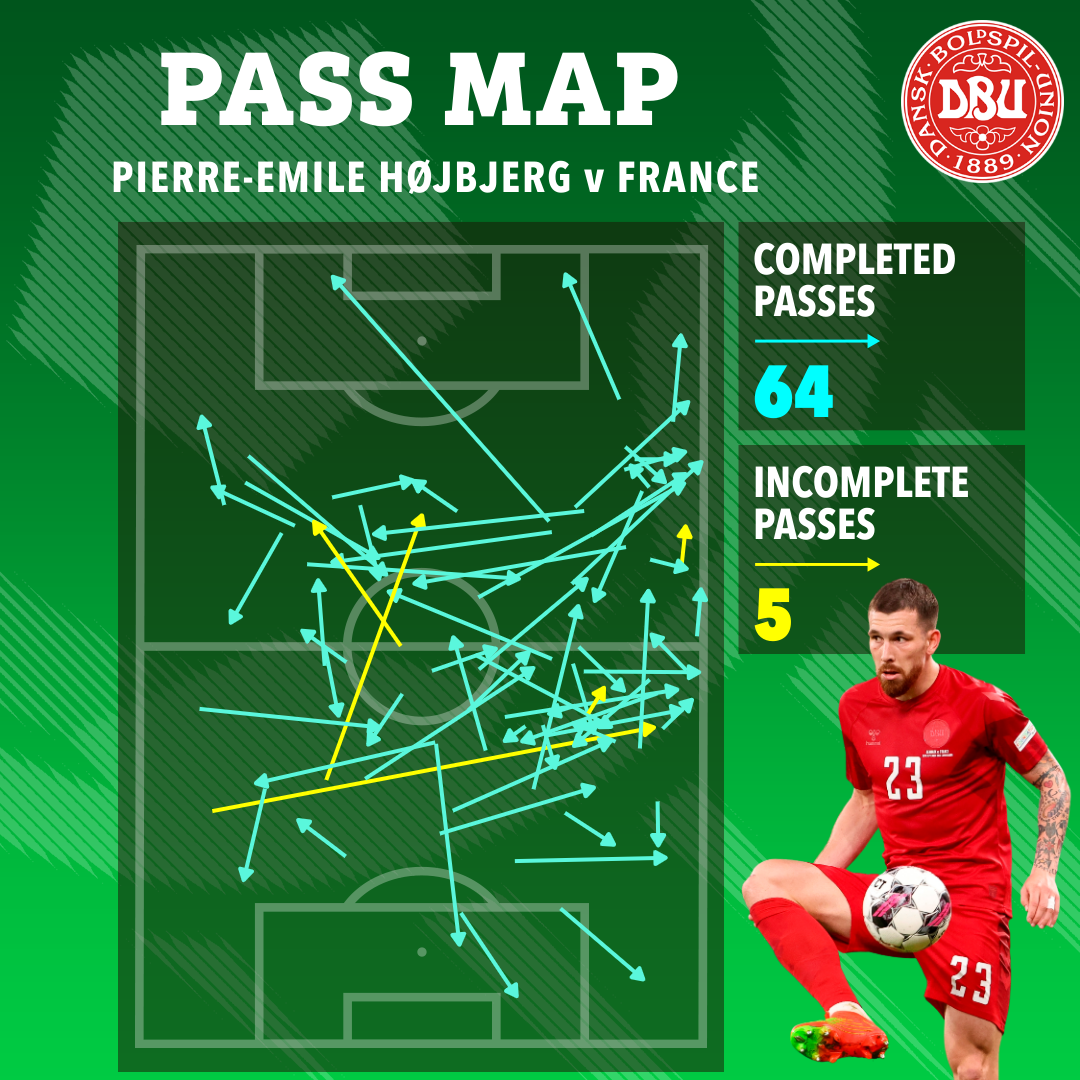 Højbjerg’s role is connected to ball progression and distribution as he often orchestrates play and supports the team movement with his passing.

Eriksen, on the other hand, is more involved in attacking actions and trying to create opportunities for his teammates. He is also considered a major threat from attacking set-pieces.

The midfielders create a good connection between the lines, although they often lack support from the attacking players as they struggle in exploiting quality areas and making good combinations.

The manager has a few defensive options but seems to have found the right partnerships at the back.

The central pair Christensen and Andersen proved solid enough and have minimised the mistakes done in dangerous areas and the number of lost balls in the games.

As mentioned, Kjær is another option for the central defence as his experience and composure can help the team in critical situations.

However, the timing of his interventions is sometimes off, which results in losing possession or committing fouls, hence the team conceding dangerous attacks.

Højbjerg is one of the most important players in Denmark’s current set-up, as he is for his club Tottenham, and his player profile shows what are the strengths that make him a leading figure.

Of course, the focus falls on his passing data, which underlines his distinguished abilities and his contribution to ball progression compared to the average for his position.

As shown, he overperforms in every indicator, starting with the frequency and accuracy of his passes and moving to the number of forward-directed passes. He also provides more passes to the penalty area compared to the other players in his position.

As his defensive stats show, while the frequency of his defensive actions is low, his efficiency is impressive as he succeeds in most of the indicators. His success rate in the direct interventions is positive and above the average for the position.

Denmark have a real chance to reach the top spot in Group D, as France have been disturbed by the injuries of key players who are expected to miss the competition.

While they have proved they have the quality to resist every opposition defensively, not being able to convert chances into goals might be a huge deal-breaker for them both in the group and if they eventually proceed to the next stage.

If they find the right formula in attack, the Danish Dynamite have the chance to move past the round of 16, although, realistically, there are teams with much more quality in the squad.

At the end of the day, at least making it to the Round of 16 is more than expected when it comes to the reality of Denmark in Group D.

For even more detailed analysis of all 32 teams in the FIFA World Cup 2022, download your copy of the November Total Football Analysis magazine here