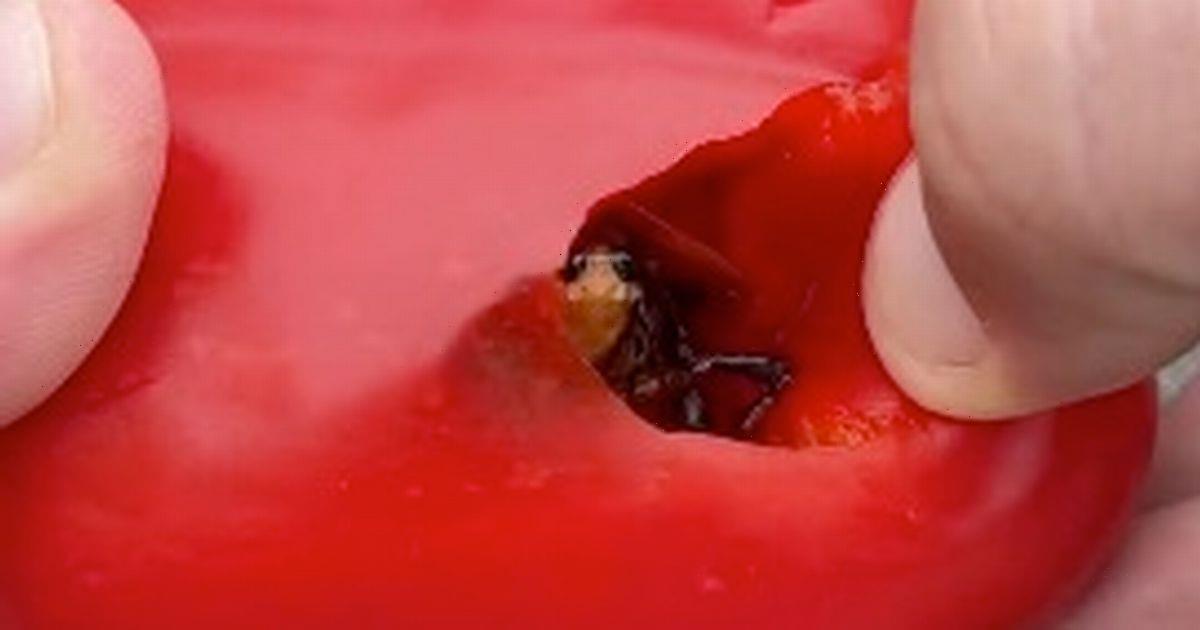 A grim video shows a man open up a bell pepper and discover a surprising creature inside.

In the clip, uploaded on TikTok by @bugboy19 and watched 1.7 million times, he holds up a red pepper which has a strange shadow on one side.

The black mark then starts to move and it's clear there is a living creepy-crawly hiding inside the vegetable which is definitely not what you want in a salad.

He pushes his thumbs into the pepper to make a hole and a long and hairy insect antenna sticks through the opening.

A huge cockroach then scuttles into view, peering out through the gap.

In the caption, the TikToker wrote: "Always check your produce for pests."

The weird video was "liked" more than 200,000 times and thousands of people commented, with many absolutely horrified by the sight of the invading cockroach.

A viewer joked: "Check your produce for pests? My guy this a small rat with wings hard to miss when you break the pepper."

"I was not expecting something that big I would have screamed a little bit," confessed a second person.

There was also a debate about whether a cockroach was actually living inside a bell pepper or if the video was staged.

One user said: "For everyone asking, it's not uncommon for eggs to be laid in vegetables.

"Certain bugs will grow in the vegetable 'til they're mature then will eat."

But someone else argued: "Entomologist here. This is 100% staged. A pepper has zero involvement in a roach's life cycle, especially this species."

Cockroaches are often seen as a pest because they can harbor disease and also trigger allergic reactions in vulnerable people.