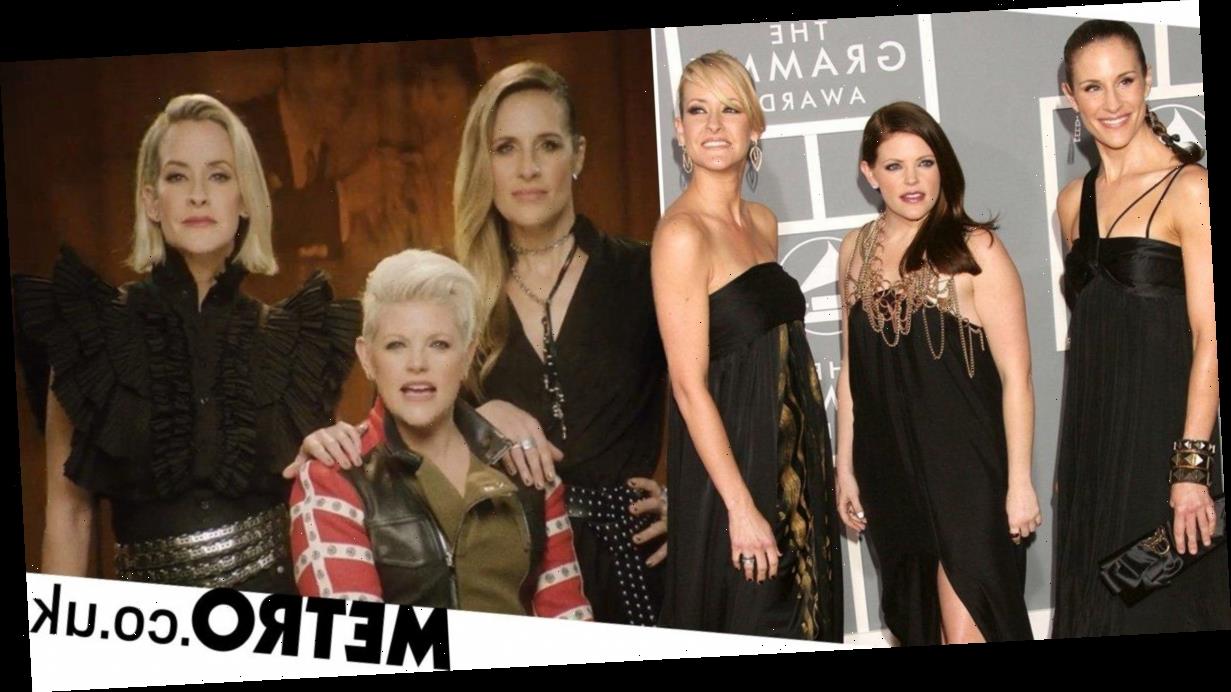 The Dixie Chicks have made a powerful return and have shared their first in song in 14 years, Gaslighter.

Along with the new single, the country released a musicvideo for the title track of the long-awaited comeback album.

The music video borrows clips of people – from the 20s to40s – going about their everyday lives.

Singers Natalie Maines, Emily Strayer and Martie Maguire look ready for battle as they go from marching in military gear to singing in suits.

‘Gaslighter, I’m your mirror / Standing right here until you can see how / You broke me / Yeah, I’m broken,’ Natalie sing until Martie erupts: ‘You’re still sorry and there’s still no apology.’

Gaslighter and the entirety of the upcoming album wasproduced by Jack Antonoff.

Natalie told Zane Lowe in a Beats 1 interview: ‘We thought we thought we were gonna write with a bunch of different people and get different producers.

‘We wrote with him and we’re like, “He needs to produce it and this needs to be the sound for this album.” Cause it was just, he blew us away, and it was such a fun song to start with.’