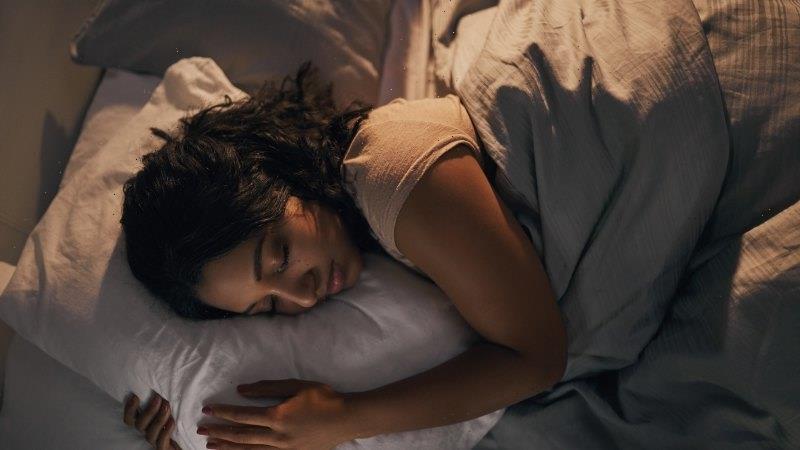 Dreaming is widely considered a universal human experience. “We all dream every night,” even if we might not recall it, said sleep expert David Neubauer, an associate professor of psychiatry and behavioural sciences at Johns Hopkins University. Despite the ubiquity of dreams, however, they are often still shrouded in mystery.

“That’s why dreams are fascinating to people,” said dream researcher G. William Domhoff, a research professor of psychology at the University of California at Santa Cruz. “They come from somewhere else” – deep in the unconscious – “and therefore they’ve got this mysterious element.” 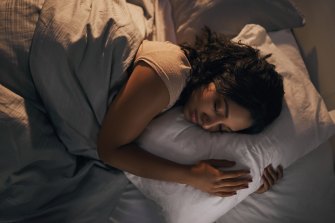 While dreams can have meaning, his research suggests they aren’t symbolic.Credit:iStock

Answers to key questions about dreams, including the basics of what they are and why we have them, can differ among experts. And although science continues to expand what is known about dreams, there is an obvious barrier to understanding them, Domhoff said, because “we basically forget most of them”.

Most broadly, Neubauer said, dreams are a type of mentation, or mental activity, that occurs when people are asleep and generally consist of vivid, hallucinatory visual content that is often bizarre or has irregular narratives.

The “very intense, movie-like emotional narratives” tend to happen most frequently during the rapid eye movement (REM) phase of sleep, he said. This is also the phase of sleep during which memory consolidation is believed to occur, he added, so dreaming may be our perception of the process of “getting rid of some data files in your brain and reinforcing others to create better memories”.

Harvard dream researcher Deirdre Barrett, author of The Committee of Sleep, defines dreams as “our brain thinking in a very different biochemical state”. When someone is dreaming, the brain’s visual and emotional areas tend to be more active, while verbal areas are somewhat less active, and “logical linear reasoning is damped way down”, she said.

But, she added, people’s minds are typically still occupied with the hopes and fears as well as social and emotional concerns that dominate their daytime thoughts. “We’re thinking in this intuitive visual state, but there’s a lot of research that shows that the content of dreams is still very much in line with an individual’s main waking interests.”

Another approach to understanding dreaming and dream content is what Domhoff has written of as the neurocognitive theory of dreaming. From this point of view, dreaming happens under six brain-related conditions that most often occur during REM sleep, said Domhoff, who has a forthcoming book on the theory.

Domhoff’s work suggests that the key cognitive process present during dreaming is an enhanced form of “simulation” in which people experience themselves being in hypothetical scenarios that include a vivid sensory environment, interpersonal interactions and emotions. “Dreaming is the accidental intersection of this age-old periodic brain activation with the relatively recent acquisition of the capacity to imagine,” he said.

Here are answers to some common questions about dreams.

Do dreams mean anything?

Alan Eiser, a psychologist and a clinical lecturer at the University of Michigan Medical School in Ann Arbor, says dreams can be “highly meaningful” because they “deal with the sort of personal conflicts and emotional struggles that people are experiencing in their daily lives”.

Not all dreams are meaningful, though, Harvard’s Barrett said. In fact, much of their content can be “trivial or circular or repetitive”. In that way, dreams can be similar to thoughts we have when we’re awake, which aren’t always meaningful, either, she said.

Domhoff also emphasised that while dreams can have meaning, his research suggests they aren’t symbolic. During sleep, people don’t appear to be able to access the parts of the brain involved with understanding or generating metaphors, he said. To use symbolic thought, “it takes more brain”, he said, than is accessible during dreaming.

Why do I have recurring dreams?

One theory, experts said, is that people tend to have continuing concerns and will dream about those themes. Recurring dreams can be happy, but they are generally more likely to be anxiety-inducing, according to Barrett. Many therapists, she said, believe these types of dreams are usually about “more significant long-term characterologic issues”, such as a person’s personality traits, defence mechanisms and ways of coping and beliefs about the world.

Although you may notice that you’ve had the same dream before, Domhoff said, recurring dreams are typically “a very, very small percentage of our dream lives”.

One commonly reported recurring dream involves the feeling of falling but suddenly waking before impact. The sensation of falling and jerking awake, which can also happen outside of dreaming as people are drifting off to sleep, may be the result of motion signals being sent by the inner ear that are “completely random”, Barrett said.

“Just as you’re getting a little closer to waking, there’s a slight overlap in being mostly asleep and yet beginning to sense that you’re getting these movement messages that would mean something’s really wrong if they were actually happening,” she said.

If you’re experiencing recurring dreams that don’t disrupt your normal functioning, observe them but don’t overthink or worry, said Bhanu Kolla, an associate professor of psychiatry and psychology and a consultant at the Mayo Clinic’s Centre for Sleep Medicine. “It’s just part of what’s happening in your life right now, and once things settle down, things change. It’s likely going to get better,” he said.

What can I do about nightmares?

It’s important to have a clear sense of why a nightmare is happening, Neubauer said. Some medications, including certain antidepressants, may make dreams more vivid, and some underlying conditions, such as post-traumatic stress disorder, can cause frequent nightmares. If your nightmares are beginning to affect your life and impair daytime functioning, experts recommend seeking professional treatment.

The most researched behaviour-based treatment is imagery rehearsal therapy, or IRT, which can involve trying to rescript dreams to make the experience more tolerable, Kolla said. He suggested writing down the new script, including all sensory information, and then trying to visualise the imagery before bed.

“Over time, nightmares become a habit,” he said. “It’s something that your brain has learnt to do. With this imagery, we’re trying to get it to learn a new habit and displace that unwanted habit.”

Another strategy is to fall asleep focusing on what you want to dream about, Barrett said. “That has the further side benefit of making falling asleep a slightly pleasanter experience” and can serve as a distraction from your worries.

But you may not want to avoid all nightmares, Eiser said. “A single nightmare or an occasional nightmare may be your mind’s way of signalling yourself that there’s something really scaring you that you’re not adequately dealing with,” he said.

I’m trying to run or scream in my dream, but I can’t. Why?

During REM sleep, the body’s voluntary skeletal muscles are paralysed. “This is good and important because otherwise we would be acting out all the motions we’re doing in our dreams,” Barrett said.

It’s possible that the sensations of trying to run but not being able to move, or trying to scream but only whisper-yelling are related to this state of paralysis. For example, when you’re having a scary dream and trying to scream as you’re slightly starting to wake up, you may be sensing that your vocal cords are paralysed because of REM sleep, Barrett said.

There could also be some meaning to being unable to flee a dangerous dream situation, Eiser said. It’s possible that “either there’s something that’s appealing to you and a part of you that doesn’t want to flee or that feels out of some guilt that you deserve to have this danger upon you”.

Sometimes I can’t move after waking from a dream, or I see things. What’s happening?

Not being able to move right after waking up is a common phenomenon known as sleep paralysis. While it can be frightening, experts emphasised that the sensation is generally a benign lingering effect of REM sleep, when your muscles are paralysed, and doesn’t tend to last more than a minute for most people.

“It can be very reassuring to understand that it’s just temporary and it’s just a little bit of carry-over from the dreaming stage and it’ll pass,” Eiser said.

Oftentimes, those who experience sleep paralysis also report hypnagogic hallucinations, or waking up and seeing something from their dream in their bedroom, Barrett said. “Anything from the dreamscape can be superimposed on their real visual field.”

These incidents can occur randomly, but experts noted that they are more common in people with narcolepsy, a sleep disorder characterised by excessive drowsiness and sudden episodes of sleep during the day. If you notice that the sleep paralysis or hallucinations are happening more frequently, talk to a doctor. “It can be a first sign before you ever have the sleep attacks,” Barrett said.

Why do only some people remember their dreams?

People who are awakened while they’re dreaming may be more likely to remember because being awake, even briefly, can allow them time to commit the dream to memory, Eiser said. “In some way, the dream gets lost if you wait too long after it happened.”

People who sleep for shorter amounts of time tend to remember fewer dreams, Barrett said, because they may spend less time in REM sleep and also because they are less likely to wake from a dream since they are potentially sleep deprived.

Personality traits, such as being more introspective, and the importance people place on dreams may also play a role, experts said. “If you’re more open to thinking dreams are okay or important, then you’ll talk about them,” Domhoff said, which can lead to dreams becoming more salient.

But if you don’t tend to remember dreams, it may be beneficial to try to, Barrett said. “Overall, if you had to go with one state of consciousness, I’d go with my waking mind as the most useful,” she said. “But I think dream ideas are useful just because they’re so different from our usual approach.”