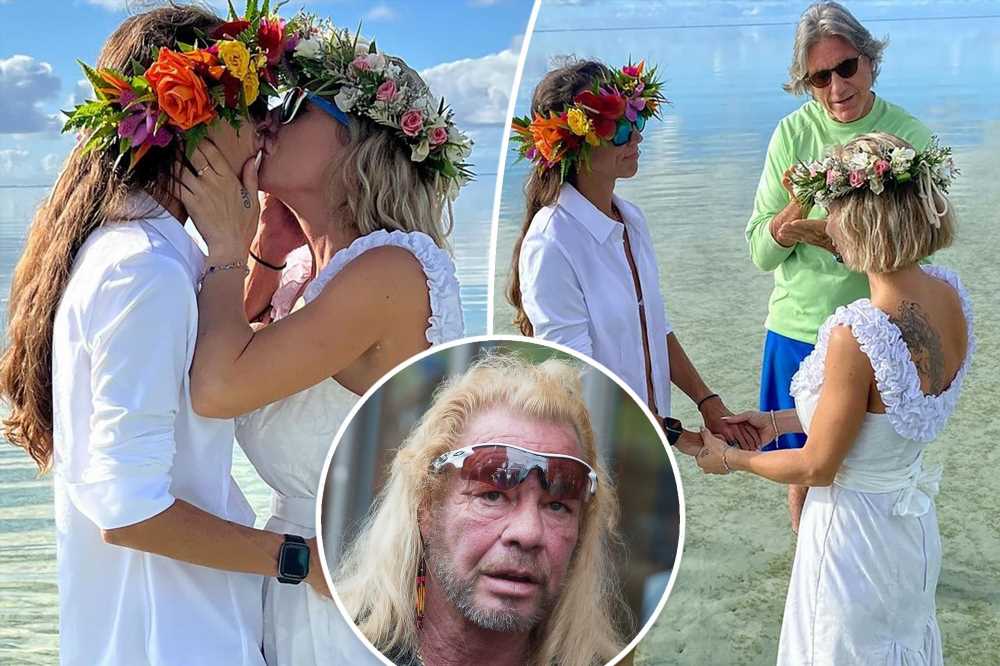 Dog the Bounty Hunter’s daughter claims self-defense in arrest: ‘I’d do it again’

“💚💙 June 3, 2022 💚💙 Last week Lei and I boarded a boat at 7 in the morning with 7 of our closest family members and we dedicated our love and lives to one another 🚤 💕,” she began her Instagram wedding announcement.

“It was the most epic conditions on the bay, the water was a glassy mirror. We had a sprinkle of rain, (blessing) and as we came upon our spot, we were blessed again by a school of baby sharks (do do do do do do). 🦈 🪞 🌧”

The former reality star continued on, gushing over what it was like tying the knot in the Pacific Ocean in Hawaii.

“With our feet in the water, we connected ourselves to the power and vastness of the ocean. We were hugged by the majestic Ko’olau mountain range, that will continue hugging us as we live and spend the rest of our lives together at Makaalamihi,” she said.

“Here, with uncle David officiating, we stated our declarations of intent, said our vows and began life together OFFICIALLY as wife, and wife. 👩🏼‍❤️‍💋‍👩🏽.” 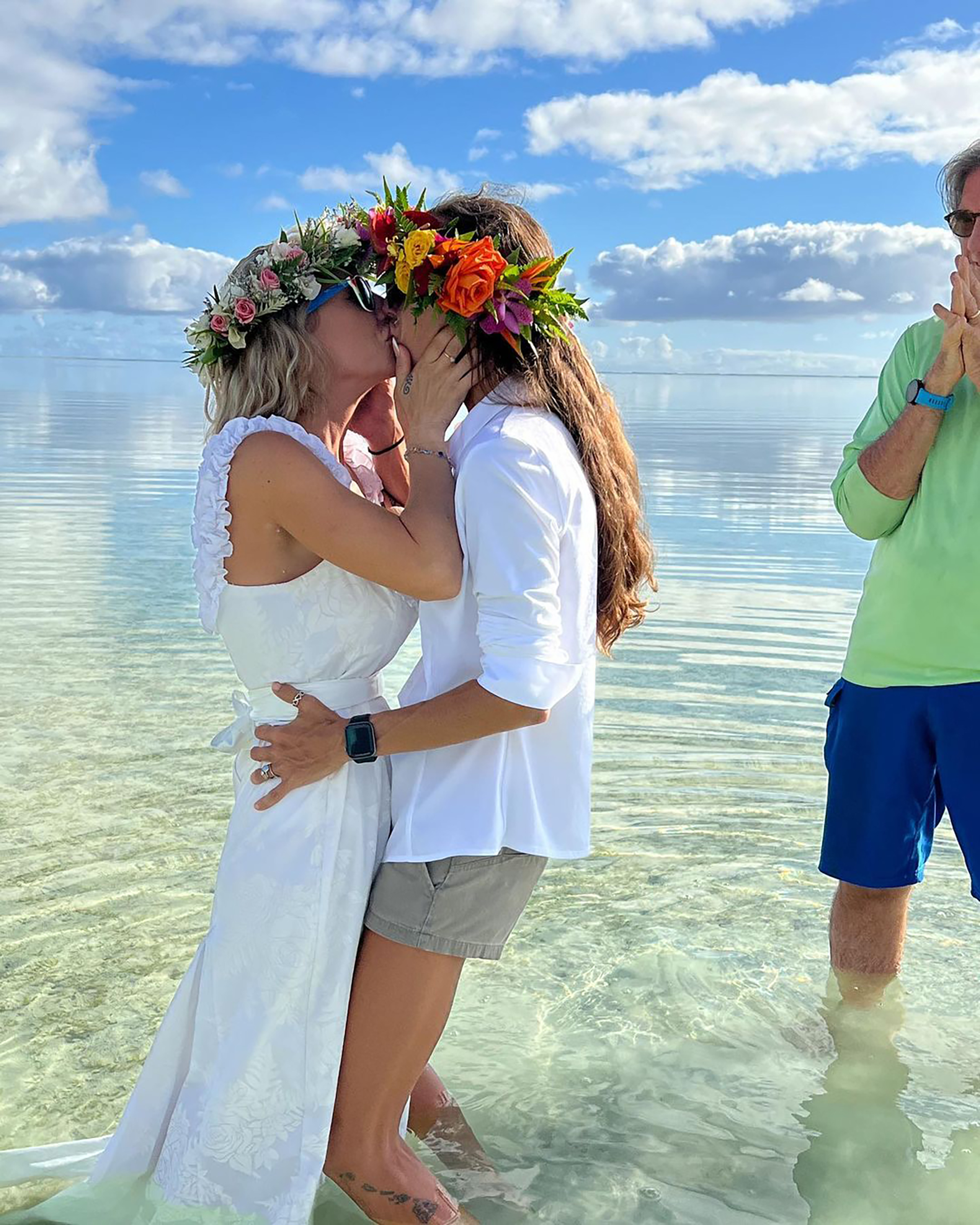 She added, ”I am now a forever part of the Evensen ohana and I couldn’t be more proud. Thank you for loving me and my girls and accepting us into your family with open arms and hearts. 💝”

Lyssa has been dating Evensen for six years. The two celebrated their five-year anniversary last summer. 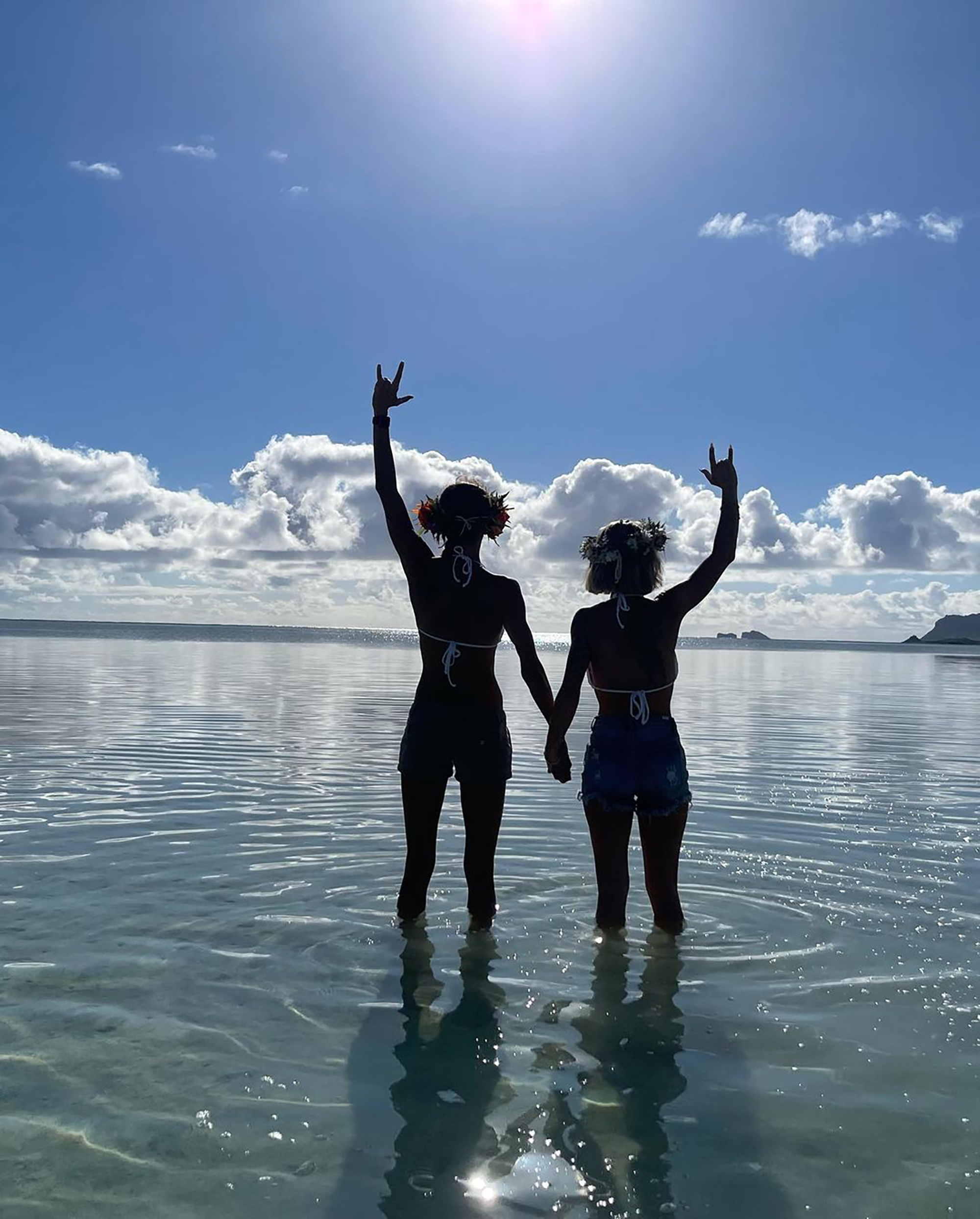 Prior to saying “I do” to her new wife, “Baby Lyssa” – as fans often call her – had a child, daughter Abbie Mae Chapman, at the age of 15 with a 24-year-old man who was later arrested for statutory rape, The Sun reports.

She also married Brahman Galanti in 2009, with whom she shares daughter Madalynn Grace Galanti. Lyssa filed for divorce in 2011.