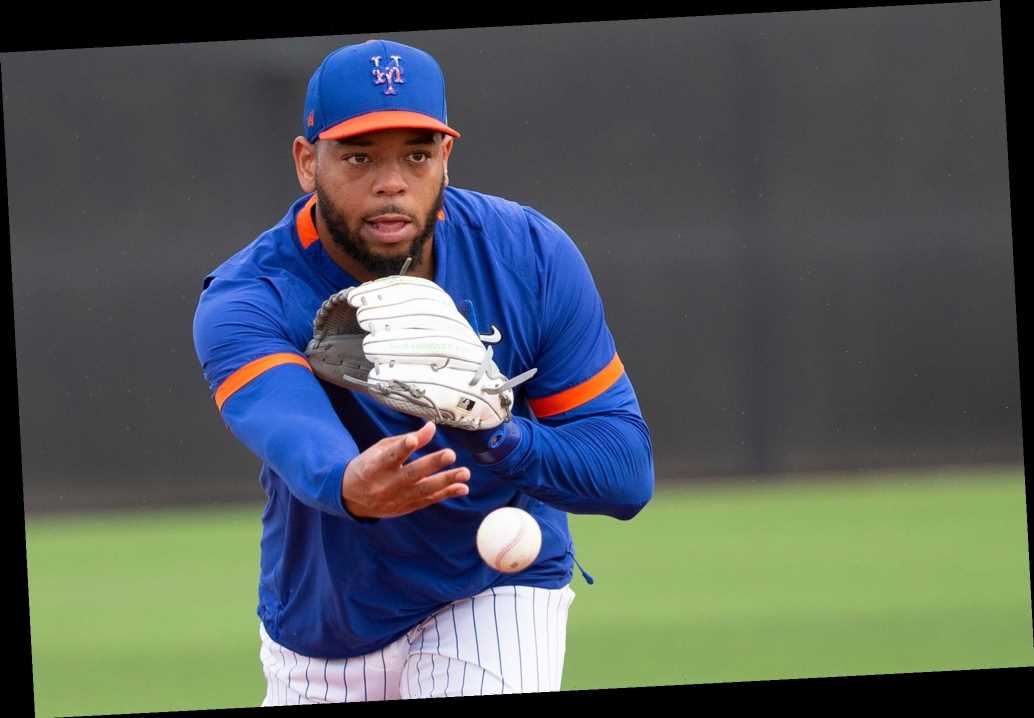 PORT ST. LUCIE — Man of the people that he is, Dom Smith routinely engages with Mets fans during spring training, and that good deed punishes him with unflattering images from — and words about — his past.

“I kind of see old pictures or sign an old card. I see how big I was,” the Mets’ first baseman and left fielder told The Post on Sunday. “It’s definitely something that I’m still shocked about, and it kind of amazes me.”

Or if they don’t produce photos, they’ll produced well-intentioned reminders, detailed Smith: “Every year I come in, they say, ‘You look like you lost even more weight!’ ”

He hasn’t, yet he can laugh off these callbacks because of what he has gained these past couple of years. Smith reported to spring training in 2018 weighing about 224 pounds, having previously registered as high as 260, and the scale hasn’t wavered much on him since. With questions about his conditioning out of the conversation, the answer about his future has arrived: As long as he stays healthy, the 24-year-old is a bona fide major leaguer.

“He’s a guy that can give you 400 at-bats and start at two different positions,” a talent evaluator from another club said, on the condition of anonymity, of Smith.

Said Mets rookie manager Luis Rojas: “Dom, he’s a great athlete. In the best shape that he can be, he can show it even more and more.”

Smith grounded out twice in two at-bats Tuesday afternoon, as Noah Syndergaard and the Mets registered a 6-1 loss to the Marlins at Clover Park. Smith now owns a .188/.188/.188 Grapefruit League slash line, with three hits in 16 at-bats. No one expresses concern thanks to the tiny sample matched up against the .282/.355/.525 line he put together in 89 big-league games, totaling 197 plate appearances, with last year’s Mets.

More encouraging at the moment is Smith’s improved play in left field, which would allow the Mets to plug in his lefty bat more often, rather than just using him for games in which starting first baseman Pete Alonso needs a breather or as a pinch hitter. A second scout observed, “He’s better than J.D. [Davis] out there,” and if that reads like damning with faint praise, it sounded more like an endorsement for increased starts.

The Mets dangled Smith, who isn’t even eligible for arbitration yet, to clubs this past offseason as a sweetener for taking on Jed Lowrie and the $10 million still owed him. No one bit, and given that Lowrie still plays in the Mets’ unofficial Simulated Game League alongside Yoenis Cespedes, a brace covering his left leg, that looks like a good call. Likewise, it appears a good call for the Mets to hold onto Smith.

In early February 2018, I flew to Arizona to meet up with the newly svelte Smith. He told me of the weight issues that had defined him until that juncture.

“Never again” proved to be overly optimistic, thanks to jerks like me asking him questions, and to well-meaning fans. Yet the early battles now define him differently: as a high draft pick (11th overall in 2013) who leaped a hurdle, who righted himself.

“I’m very proud of him,” said Rojas, who managed Smith in 2014 at Single-A Savannah and in 2015 at Single-A St. Lucie. “It’s part of maturing in the game and being responsible, being accountable for yourself. I think Dom learned that really well.”

“I feel like, [this is the] third year now that I kept [the weight] off, and it was time to kind of work on different things to elevate my game. I did that last year with a couple of things,” Smith said. “Now I’m working on some more things this year to take my game to the next level.”

Things, he explained, like mobility, in the hopes of staying off the injured list after last year’s stress fracture to his left foot, and plate discipline. Given the levels he has climbed, the pitfalls he has avoided, to get here? Hitting the next one seems quite doable.