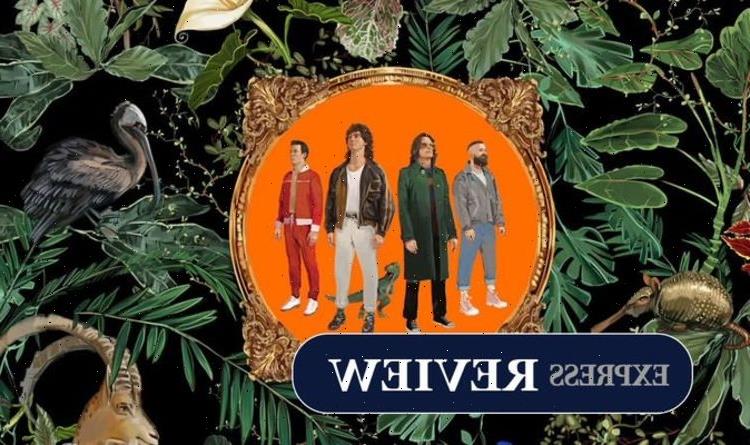 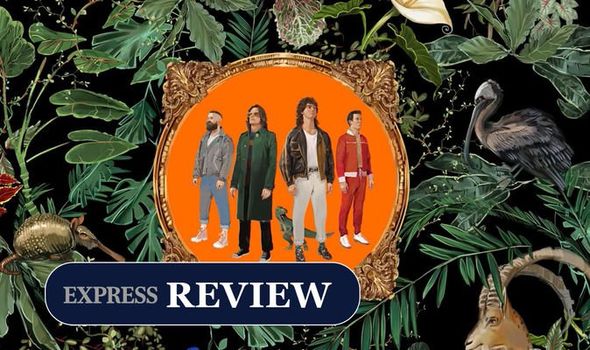 Don Broco are a band that I constantly struggle with. On the surface, I absolutely adore their music. It is endlessly thrilling, full of excitement, and a much-needed injection of real joy into the scene. But, on the other hand, a lot of the time I’m not quite sure if the band will – or should – evolve from that. Their newest entry, Amazing Things, is a fantastic step in the right direction but feels a little lacklustre outside of its singles.

The first batch of songs released from Amazing Things are exceptional.

Gumshield is one of those tracks that I’ve found myself bopping to hours after it has come to an end.

In it – and other entries including Uber and One True Prince – Rob Damiani continues to prove that his boisterous bouncy voice is the through-line of everything that is Don Broco. His varied range of vocal styles cut through the tracks’ excellent compositions and shows off how diverse the band can be.

Matt Donnelly is also on top form in Amazing Things. Some light refrains between How Are You Done With Existing? and Bruce Willis, in particular, demonstrate his wonderful voice that ought to have a brighter spot in the future.

Both of the singers’ skills are perfectly demonstrated in the brutal Manchester Super Reds No 1 Fan.

Like the ideal soundtrack to a fistfight, Donnelly’s ultrasonic highs counter Damiani’s visceral lows with precision. It’s perhaps one of the best songs they’ve ever produced.

This level of quality continues in other pieces of Amazing Things – most notably One True Prince.

This standard of lyricism and musical depth is, for me, the Don Broco of the future. If every song on the album were like track five, it would be one for the ages.

The floaty refrains almost feel heady and measured, while their titanic choruses will cut through any blue mood.

It is also the exact reverse of Manchester Super Reds No 1 Fan in that Damiani takes the unbelievably singable choruses while Donnelly waxes melodic within the verses.

One True Prince will, without a doubt, become a staple in the band’s setlist going forward, with good reason.

The latter half of the album is perhaps a little deflated, with Revenge Body, How Are You Done With Existing and Bad 4 Ur Health falling completely flat on a few fronts.

Their follow-up – Amazing Things’ final entry – Easter Sunday is equally as disappointing. The track feels as if there is a strong, anthemic journey within it, but – at least right now – I just can’t pinpoint it, as it feels frustrated and stretched.

The band were quite obviously trying to do something a little more reserved on their sixth track, Anaheim, but it doesn’t quite land for me. The musicality is there, but is lost in translation between One True Prince and Uber.

Thankfully, the record does include the most Don Broco song of all time: Bruce Willis.

I’ve pored over the song’s lyrics and really can’t discern any real meaning or story behind it, but nevertheless, it is a complete bop. I cannot stop listening to it. I need more.

Titled Bruce Willis after a Die Hard reference, this is the purest form of Broco; unrefined, messy, eye-of-the-storm chaos that I never want to see an end to.

A strong flavour of this songwriting structure is felt again in Endorphins – the band’s latest single. The track’s constantly fluctuating style is action-packed, with a monstrous guitar hook that explodes into the most powerful beatdown on the album.

It is plain to see that Don Broco are experimenting with their sound and trying to evolve as an act – and that should be celebrated. Some of their music on Amazing Things is truly some of their best stuff. However, it also feels as if they fell short in some other spots.

Regardless of this album’s overall impact on their discography, they will always be one of the most interesting bands in the UK right now.