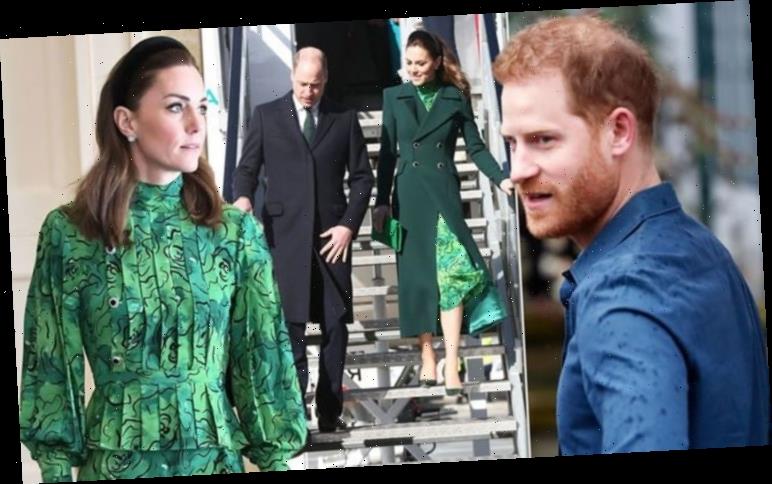 The Duke and Duchess of Cambridge arrived in Ireland today for the beginning of a three-day trip. Kate Middleton and Prince William both wore green to celebrate the country’s heritage. Aside from their clothing, a body language expert noticed another change in the Prince.

William has been dealing with his brother, Prince Harry, 35, leaving the country and the Royal Family as a working member.

There are also a number rumours suggesting the Duchess of Cambridge might be expecting again.

Is either of these circumstances causing the change the body language expert has noticed in Prince William? 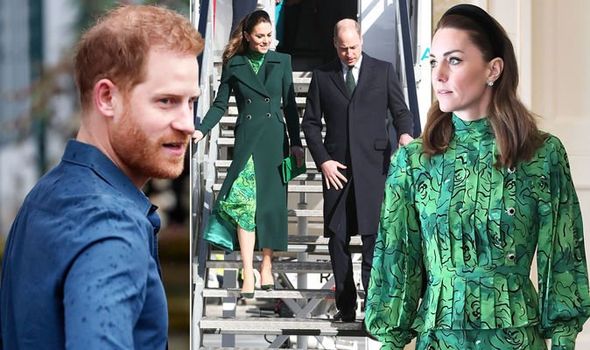 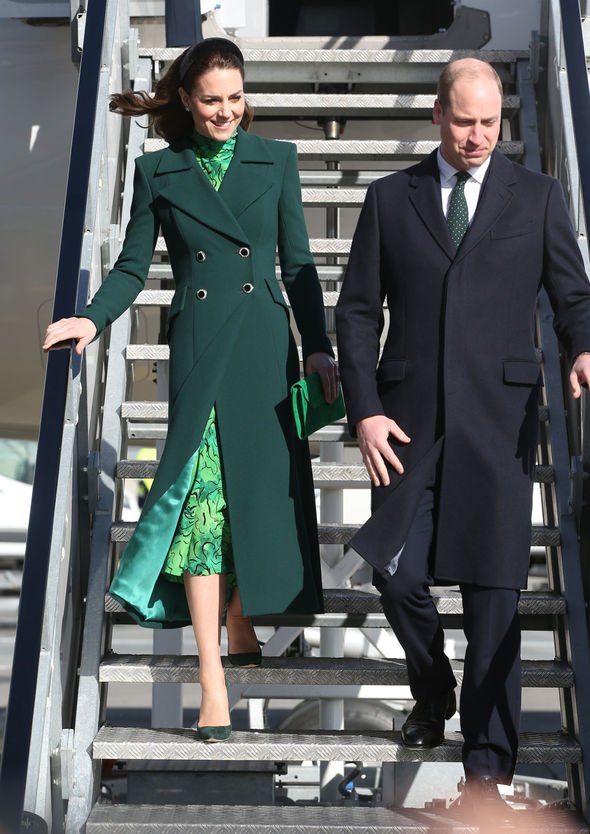 “He moved his hand as he walked, but only higher, placing it on his stomach in an emphatic barrier ritual.”

This behaviour shows anxiety, the expert claims, but could be interpreted in different ways.

“He was also seen wringing his hands as he approached his hosts and overall produced a set of signals that could be caused by either inner worry (Harry’s return?) or even bashfulness at happy news (a pregnancy?),” Judi explained.

However, the expert believes a pregnancy is not on the cards.

“I’m afraid I’m veering towards the Harry effect though. Since Harry left the UK and the royal firm William, Kate and Charles have been doing some industrial-strength masking in terms of looking desperately happy in what must have been a bid to paper over the cracks and show it’s business as usual.

“William did use some of the same smiles today but these glimpses of what looks potentially like worry or even anguish suggest he might have found the re-meet difficult.”

“Kate seems to be watching her husband closely here too, and her pursed lips suggest she’s keen to be firmly protective,” she said. 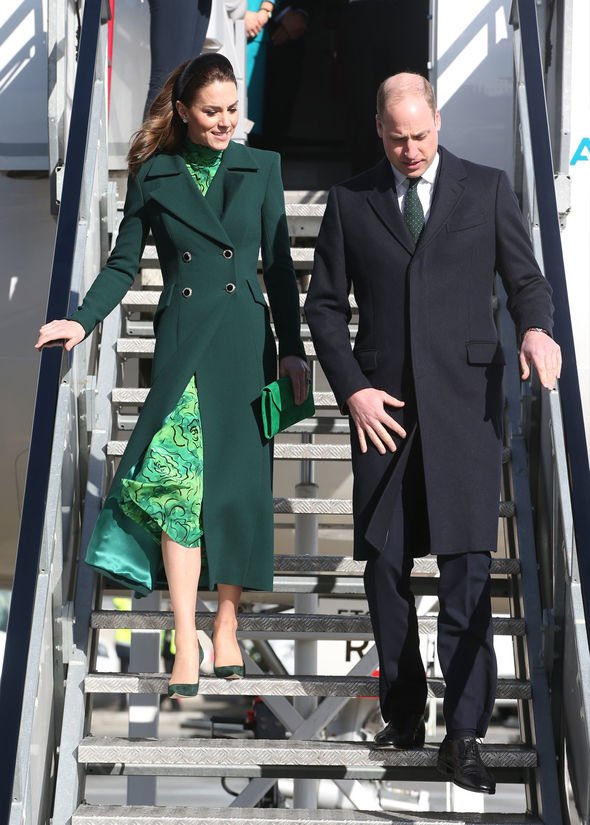 “If she were pregnant the watchful eye contact might be expected to be the other way around.

“If you’re looking for good news then William’s stomach-clutching gesture could just be the kind of subconscious mimicry that men often use before a pregnancy is announced but the conflicting signals here mean we shouldn’t be picking up the baby-booty knitting yet!”

They are the Daisy Heritage diamond earrings in her ears, by Asprey London. 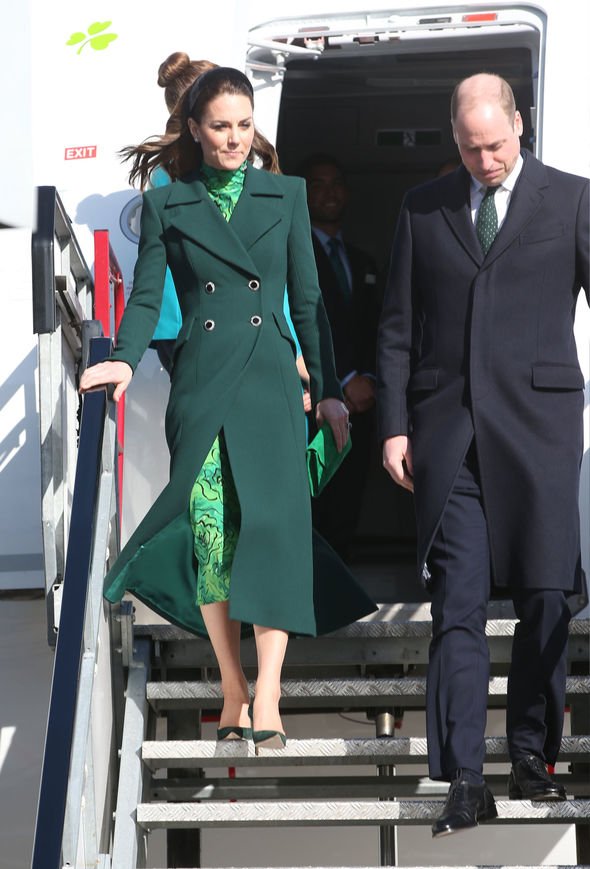 If Kate Middleton were pregnant, how would members of the public spot it?

Judi James sat down with Express.co.uk to reveal all on Kate’s pregnancy habits.

“I don’t think I’ve ever seen her where they wouldn’t be some speculation because she had a signature body language position when she stands which is that she’ll either have the clutch ban of her hands clasped almost under the belly,” the body language expert explained.

“For a lot of women that kind of gesture or touching the stomach would be a sign of awareness.”