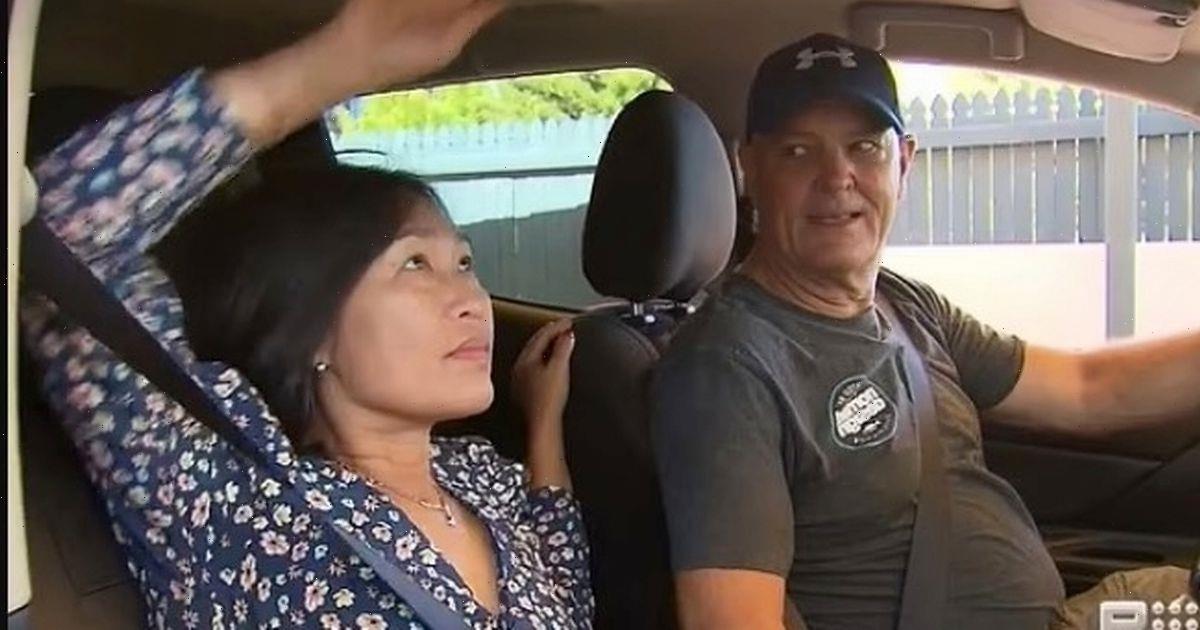 Don’t miss a thing! Sign up to the Daily Star’s newsletter

A motorist slapped with a fine is furious that a traffic camera 'upskirted' his wife whose knickers were visible in a CCTV snap.

Richard Arnold was horrified to receive a fine in the post for more than £600 ($1,078AUD) because his wife Anh Nyugen was pictured with her arm outside her seatbelt as she adjusted her sun visor in the passenger seat.

The black and white photos used as evidence for the driving offence have led to the couple demanding an apology as they describe it as "indecent".

“You don’t expect to be sent pictures of your wife’s underwear, I have to say,” Arnold told the Gold Coast Bulletin.

Richard was driving the pair along the M1 in Coomera, on the Gold Coast in Australia at 5.21pm on December 19, when Anh was caught accidentally exposing her underwear.

Anh had been resting her feet on the dashboard of their Mitsubishi Triton ute, but Richard has accused the road authorities of foul play activity by picturing her raised legs.

The retired aviation worker who also claims the fine is "unreasonable", said: “It’s actually illegal, I think, to photograph up a skirt.

“Covert photographic surveillance should not be used in such an insensitive and disrespectful manner.”

Richard explained his wife could only had her arm outside the belt for two or three seconds and is determined to fight the fine in court, the New Zealand Herald reports.

He added: “If you’re driving your car you can’t be checking your passengers all the time to see if their seatbelt is correctly adjusted.”

Responding to Richard's complaint, a spokesperson for Queensland’s Department of Transport and Main Roads said: “Mobile phone and seatbelt cameras take images of each vehicle travelling in the lane of traffic that the camera is monitoring.

"The images are then filtered by Artificial Intelligence software which detects if there was possible illegal use of a mobile phone by the driver or failure to correctly wear a seatbelt by the driver or front seat passenger.

For more shocking stories from the Daily Star, make sure you sign up to one of our newsletters here

“These fines are issued to the registered operator of the vehicle by Queensland Revenue Office (QRO).

“Images are used only for enforcement purposes and are securely encrypted and stored under current legislative requirements. Only images taken that may show an offence are viewed and retained by QRO.”