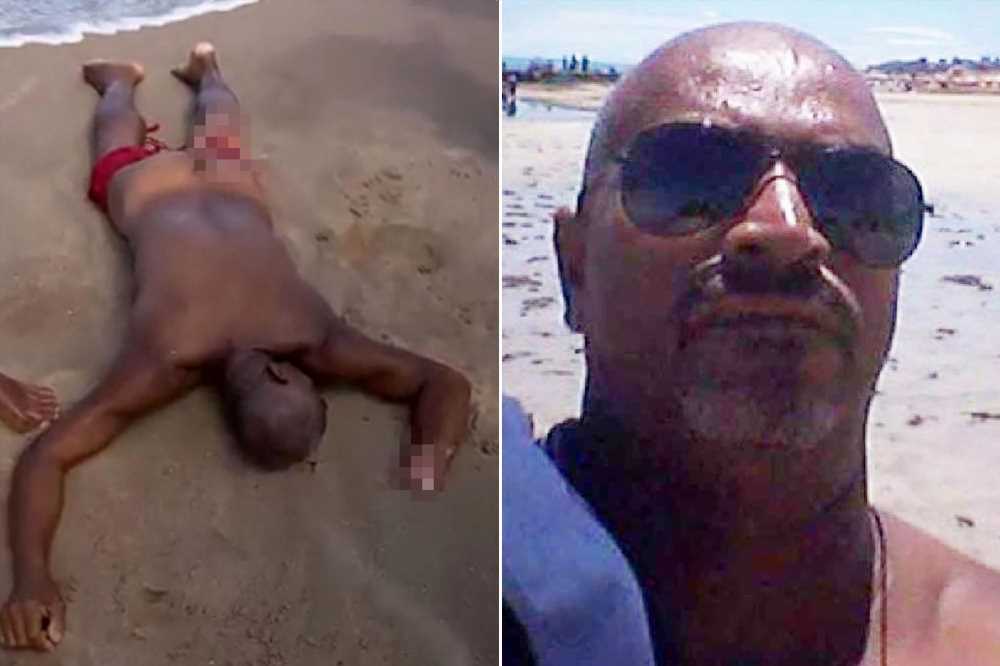 California surfer hospitalized after being attacked by great white shark

One man’s day at the beach turned deadly after he was killed by a shark while wading into the surf to relieve himself.

“There was a lot of blood in the water,” bystander Endriano Gomes told Newsflash of the horrific attack, which occurred Saturday at Piedade Beach in Jaboatao dos Guararapes, Northeastern Brazil.

The victim, Marcelo Rocha Santos, 51, had reportedly been drinking with friends when nature called. He and a fellow reveler decided to head into the sea to urinate around 2 p.m., when the surf had turned tumultuous and murky, making it difficult to spot anything in the water.

Despite signs warnings people to stay out of the ocean, the lifeguard on duty refrained from ordering the two men back to the beach as they were only up to their waists, Newsflash reported.

Santos’ stunned pal Ademir Sebastiao da Silva recalled: “As the beach has no bathroom, I went into the sea to pee. I was beside him [in] the water.”

That’s when the shark struck — biting off the unfortunate beach-goer’s hand and taking off a chunk of his leg.

Eyewitness Gomes described the harrowing scene: “It was a friend of mine who was in the sea with the person who was attacked. Suddenly, he saw the man struggling.”

The lifeguard was unable to stop the attack. However, shortly thereafter, Santo’s buddies managed to drag him back to shore where he collapsed to the beach unconscious while horrified bystanders looked on. One beach-goer even captured footage of the victim as he lay motionless in the sand.

Santos was immediately rushed to a hospital in Recife, where he was pronounced dead. Meanwhile, his buddy da Silva, who was the only other person in the water at the time, escaped the incident unscathed.

“It could be me. It was God’s deliverance,” he said. “If I had been diving or lingered in the water, I could have been attacked.”

It’s unknown what kind of shark bit Santos — it is thought to be either a bull or tiger shark — however, the incident took place near an area where there had been 12 prior attacks, local outlets reported. Shark attacks are reportedly common during this time of year as the heavy rains make the ocean cloudy.

Experts attribute the region’s surge in shark attacks — of which there have been 62 incidents with 25 fatalities in the last 30 years — with the construction of the Suape Port in 1992, which reportedly disrupted the predator’s breeding and feeding patterns.

“I’ve been working on this beach for 25 years and during this time I have witnessed a number of ferocious attacks,” one local snack seller told Beach Grit of the unfortunate phenomenon. “It was horrible to see. Each time it is very frightening and sad.”