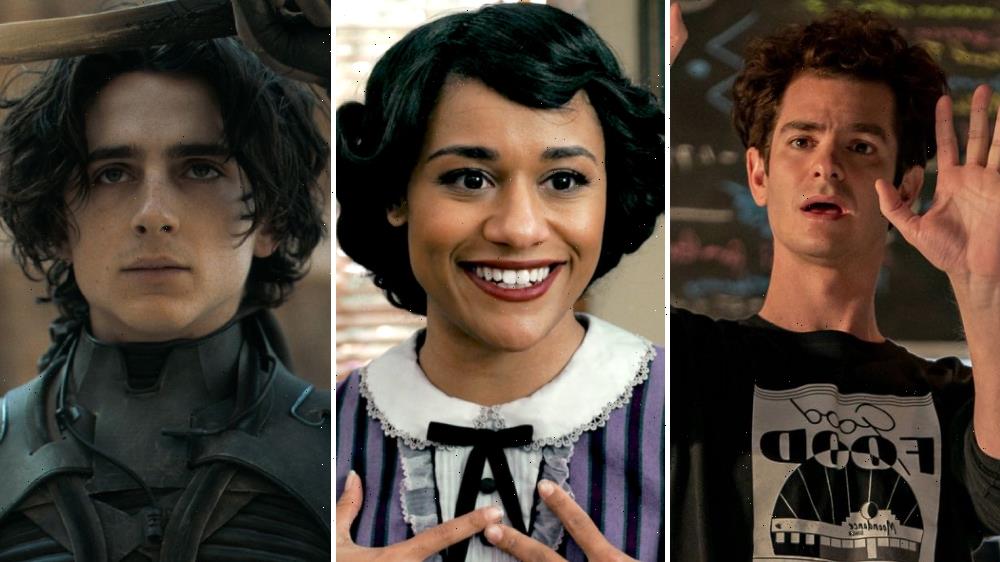 The Set Decorators Society of America announced its nominations for the upcoming SDSA Awards Film-2021 with “Dune,” “West Side Story” and “The Power of the Dog” all landing nominations.

The SDSA nominations celebrate décor, design and excellence in the art of Set Decoration for Film.

“Coda,” “Don’t Look Up,” “Hand of God, “No Time to Die” and “The Lost Daughter are nominated for Best Achievement In Decor/design Of A Contemporary Feature Film.

Best Achievement In Decor/design Of A Musical Or Comedy Feature Film nominations went to “Cruella,” Cyrano,” “The French Dispatch,” “Tick, Tick, Boom!” and “West Side Story.”

Voting for the winners begins Feb. 2 and ends Feb. 11. The SDSA’s winners will be announced on Set Decor’s YouTube page on Feb. 22.

Submissions opened Tuesday for the competition, which serves to showcase cinematic storytellers of AAPI descent. The top three winners earn cash prizes and the opportunity to have their projects premiere on HBO Max, following their theatrical screening at the 2022 Los Angeles Asian Pacific Film Festival.

“At a time when the most personal stories are also the most universal, the diversity of our storytellers is more important than ever,” said Jackie Gagne, Senior Vice President, Multicultural Marketing at HBO Max and HBO. “Our competition is designed to celebrate emerging creative APA filmmakers and the unique experiences and unsung talents that exist within the Asian Pacific American community.”

This year’s theme is the “Power of Love” and emerging storytellers are asked to submit projects that center and portray ways in which Asian Pacific Americans perceive and show love in their relationships, friendships, or families.

“Hacks” actor Poppy Liu serves as the ambassador and spokesperson for the 2022 HBO Max Visionaries program.

“I think some of the most exciting work in our community is happening at the indie level and this is an incredible opportunity to bring visibility to those stories that have yet to make their way to the mainstream: stories that exist at the intersections of our identities, stories that expand the narrow understanding of the AAPI experience, stories that celebrate the abundance and range of talent within our community,” Liu added.

For complete rules and guidelines, visit www.hbomaxvisionaries.com. All submissions are due by March 1st at 11:59 p.m. PST.

Gold House and CAPE (Coalition of Asian Pacifics in Entertainment) are launching the 2022 Gold List to highlight outstanding work by Asian filmmakers and talent in the past year to ensure they receive due recognition ahead of the high-profile awards race.

Gold List spans 13 categories (including two new categories since the inaugural 2021 list) and serves as an extension of the successful #GoldOpen movement, which propels multicultural films to the top of the box office, including hits like Crazy Rich Asians and Parasite. While notable Asian-helmed films have reached massive commercial success (4 of the top 10 movies at the 2021 domestic box office were led by Asian writer-directors), the future of these films continuing to be greenlit also relies on creative acclaim—which has been glaringly lacking for Asian projects and their creators.

“Many Asian-led films, particularly independent films, don’t receive budgets or backing to run expensive For Your Consideration campaigns—or benefit from certain levels of access that are essential in ensuring nominations and eventual wins. Gold List, voted on by top Asian leaders and creatives in Hollywood—celebrates our community’s most outstanding achievements in the film industry and encourages voters to Consider Gold. In another pandemic year when so much gets lost and blended together, it’s even more imperative that we help worthy art break out,” said Jeremy Tran, Executive Director of Gold House

“From elevating writers and creative executives, we’ve been focused on systemic changes that enable great creativity. But that’s only half the battle—we must also ensure that our projects are recognized, particularly in forums where our communities have often been overlooked. We hope the Gold List prompts voters to consider Asian films and creatives when deciding awards recognition,” said Michelle K. Sugihara, Executive Director of CAPE.