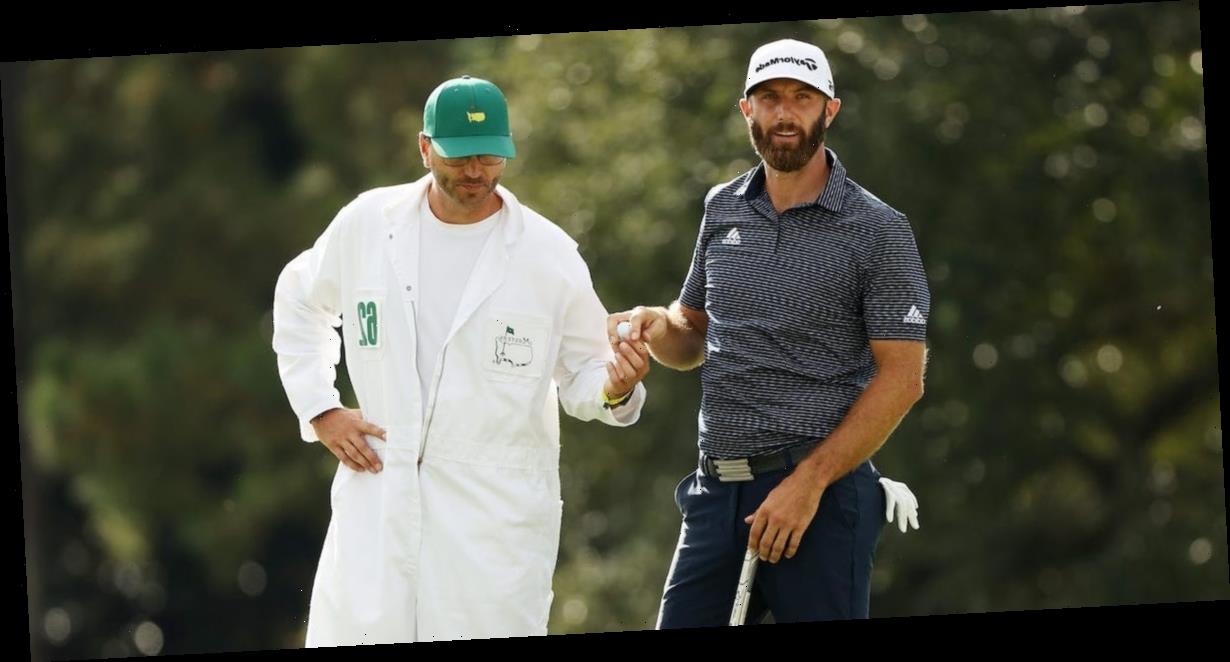 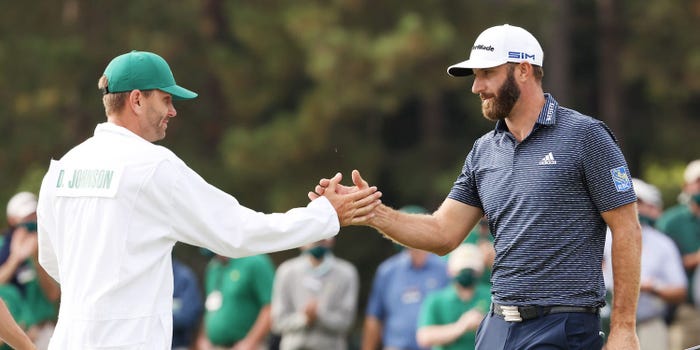 As Dustin Johnson wrapped up his win at the Masters on Sunday, he had to tell his brother to hold back his tears.

Johnson's brother Austin Johnson caddied for him during Dustin's historic -20 at Augusta National. After Johnson tapped in his final putt to win the tournament, cameras showed Johnson and Austin hug, with Austin wiping away tears afterward while Johnson stayed composed.

After the tournament, Johnson told CBS's Jim Nantz that he had to tell Austin to hold back his tears as they approached the 18th hole.

"I had to jab him a little bit on 18 because he was tearing up and made me tear up, I'm like, 'I still gotta finish this off, I can't be crying,'" Johnson said.

Here was Johnson's final putt to win the tournament and his embrace with Austin.

According to Golf Monthly, Austin has caddied for Johnson since 2013 when he replaced Johnson's previous caddy Bobby Brown.

"It's an unbelievable feeling to experience all this with my brother," Johnson said. "He's been a big help being on my bag. I love him being on the bag. Wouldn't want anyone else there. To share all these memories and moments with him, it's incredible …  It was a lot of fun. I'll remember this for the rest of my life."