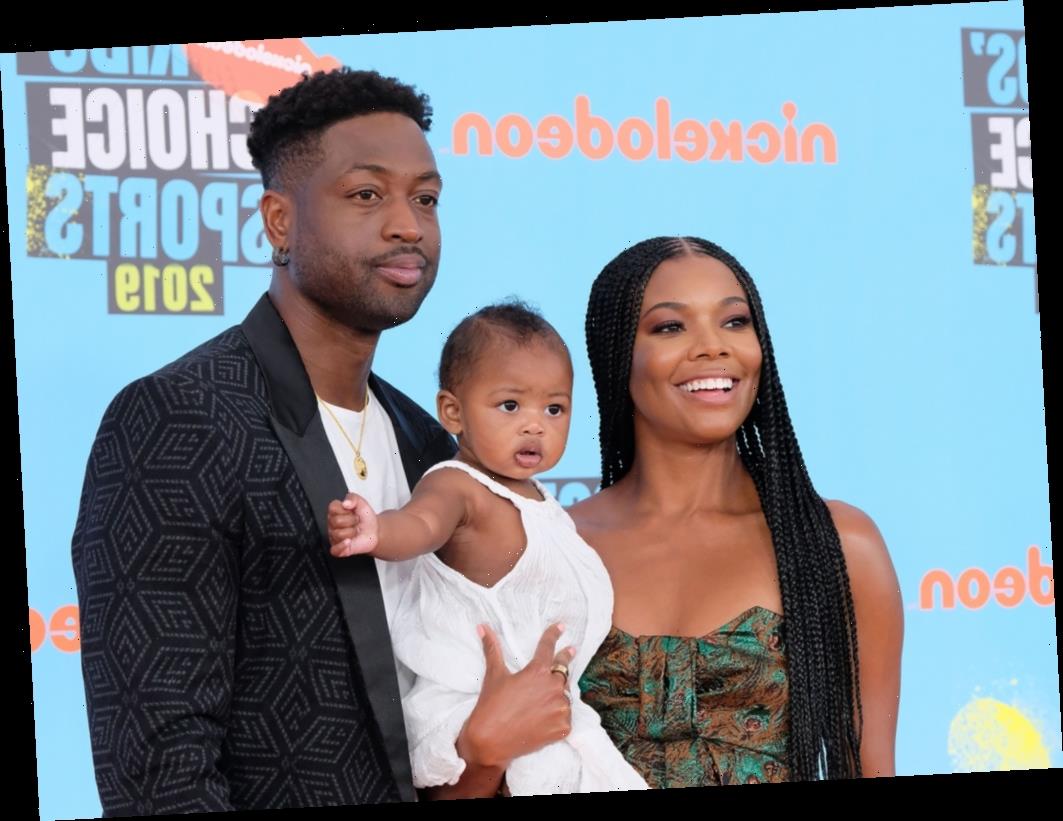 Well if Dwyane Wade’s latest Instagram photo isn’t just the heartwarming holiday parenting post we all needed this week… Too bad we already couldn’t possibly love Wade — and his equally amazing co-parent Gabrielle Union — any more than we already did. The two have been such fantastic, open-minded, dedicated parents and activists, even in this Crap Year of Our Lord 2020, that they earned a spot in Time’s 100 Most Influential People of 2020 for it.

“Together they have set a powerful example for parents to be good allies to young people who are figuring out who they are,” John Legend said in a video accompanying his essay for Time on Wade. The most notable of the young people Legend is referencing here is Zaya, Wade’s 13-year-old daughter, who is transgender.

Wade and Union have been strong and unconditional supports for Zaya throughout her journey — from calling a “cavalry” (including the entire cast of Pose) to support her coming out, to admitting when they’re wrong or need to get educated themselves (including when they had to Google “demisexual” in response to Zaya requesting a demisexual flag). And Wade’s latest post is no exception.

“Unconditional love, simply put, is love without strings attached. It’s love you offer freely,” Wade wrote on his Instagram this week, alongside a mini-slideshow of daughter Zaya looking as relaxed and gorgeous and blue-haired as ever. “You don’t base it on what someone does for you in return. You simply love them and want nothing more than their happiness. This type of love, sometimes called compassionate or agape love 🖤🖤🖤 @zayawade.”

Talk about a dad who puts the kid’s needs first. And Union is right there with Wade in this; she told me a few weeks ago in an exclusive interview that serving as supports for Zaya and kids like her is paramount for the pair of parents.

“After the election, we saw more Americans want to be on the right side of history and want to project the rights and safety of marginalized folks; that inspires hope,” Union told me of her commitment to activism on behalf of trans and gender-nonconforming kids like Zaya. “And then you turn on the news and realize there are over 70 million people who had no problem with … people wanting to take away the rights and protections of marginalized folks, and it scares you. Out of 70 million, those are your neighbors … people you see every day who are just OK with racism and dozens of credible accusations of sexual violence and xenophobia and anti-LGBTQ [stances]. That is terrifying, and that makes you put your head down and get back to work. There’s a lot of work to go around, and we need all hands on deck. We are the cavalry we’ve been waiting for.”

And that goes for all of us parents — not just the mega-celebrity ones like Wade and Union. Looking for some resources on how to be a good parent to your own LGBTQ child? Here’s a start.