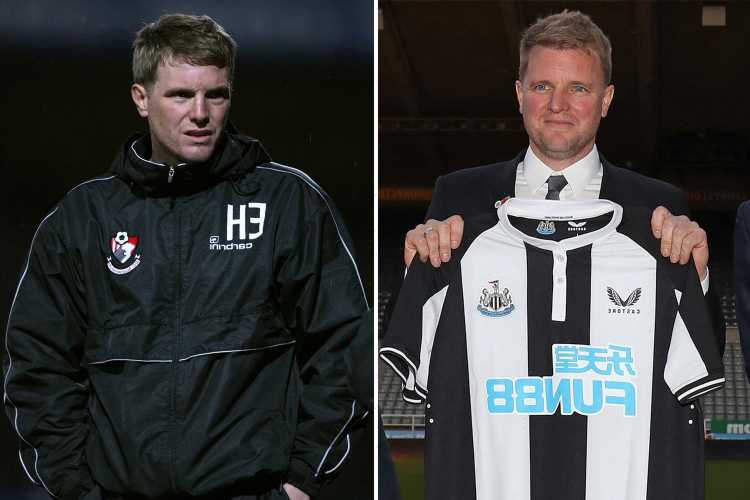 EDDIE HOWE is now in charge of the richest club in the world, Newcastle.

But it is the complete opposite of his early days as a coach. 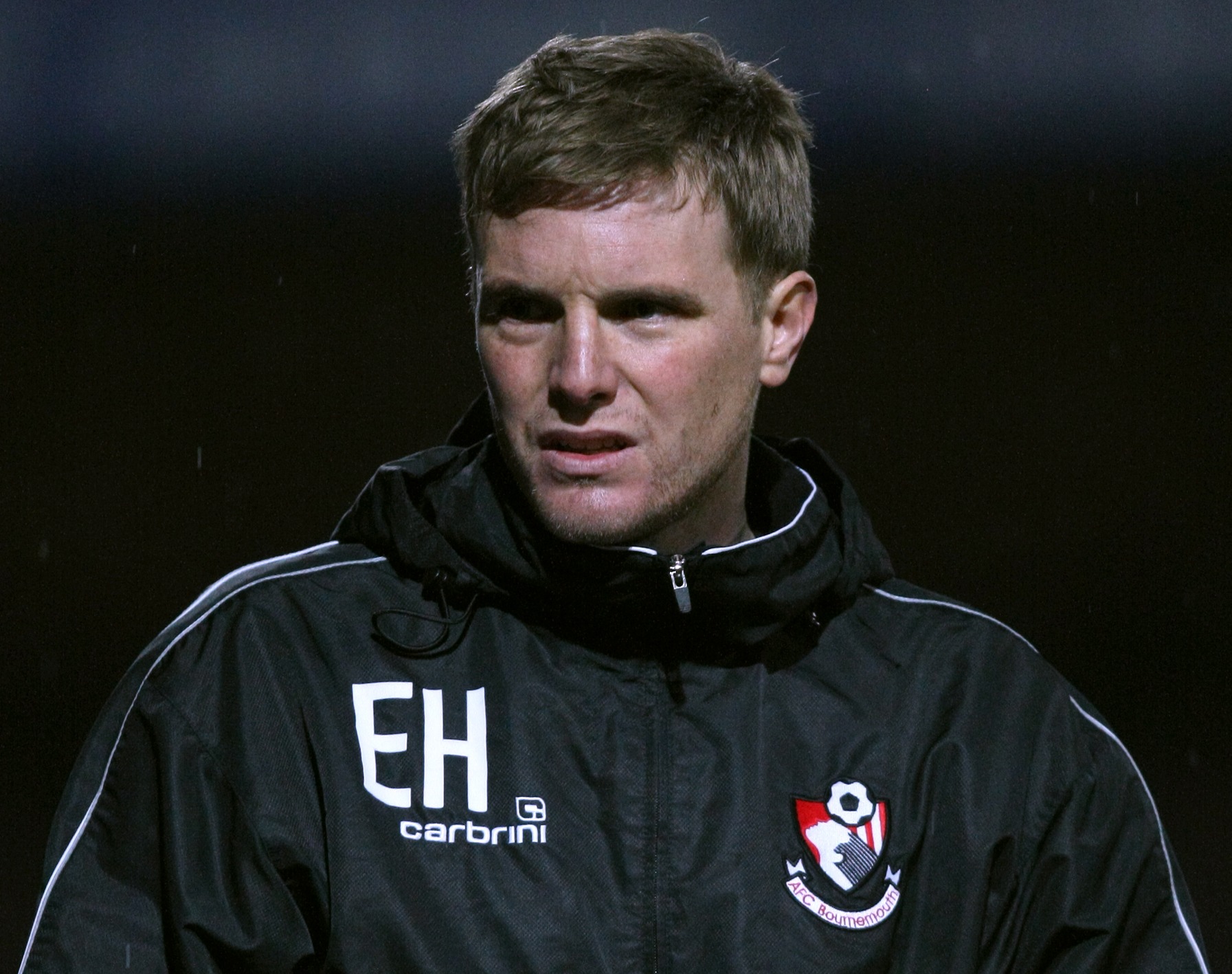 It is 12 years ago this week when Howe, then 31, was the rookie boss of League Two side Bournemouth and sat down for an interview with SunSport.

His club were still paying a £200,000 bill to the Inland Revenue and under a transfer embargo, so they were skint.

Howe told me: “I must be the only manager in the League not bothered by agents. They know we have not been able to sign anyone in nearly all my time as a manager.”

At the end of our interview, Bournemouth catering staff wheeled in a trolley filled with sandwiches and crisps left over from a corporate function at the stadium.

Howe and his No 2 Jason Tindall made the most of the free grub – even though it looked awful.

The pair are unlikely to be going hungry in Newcastle now.

KAN YOU BELIEVE IT?

NOT only did Harry Kane fail to land a summer move to Manchester City, his dad Pat was outbid on a signed Pep Guardiola photo at a charity auction.

But Kane Snr did walk away with a signed snap of legendary Soviet Union goalkeeper Lev Yashin.

DAN IN THE DUMPS

IT SEEMED strange that Norwich sacked Daniel Farke after the 2-1 win at Brentford.

Sporting director Stuart Webber was concerned at how flat the mood was before the 2-1 loss to Leeds a week earlier and hoped to see a reaction.

Yet it was just as flat at the training ground during the few days after that defeat.

The decision was therefore made last Thursday, with the belief that a major change needed to happen regardless of the result in London.

The last time it happened was against the same opponents – Liverpool and Man City – in 2014.

A month later they sacked their manager David Moyes.

So, with history repeating itself, expect Ole Gunnar Solskjaer to leave in the first week of December…

ENGLAND’S final home World Cup qualifier against Albania on Friday is a sell-out, which is phenomenal.

Incredibly, the FA could have sold at least another 5,000 Wembley tickets to Three Lions fans, while Albania have filled their away section.

The idiots who embarrassed the country ahead of the Euro 2020 final with Italy will not be there, as it would mean paying for a ticket.

But this massive crowd is further proof that there is a growing number of fans who love attending England games – even though this qualifying group has been pretty boring.