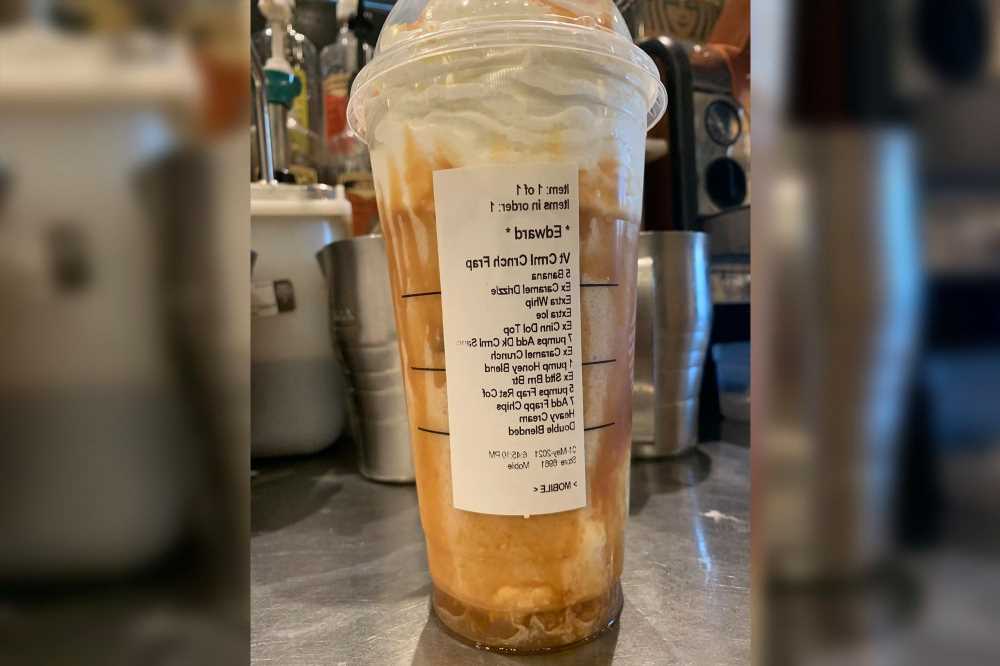 And the TikTok trend that inspired the messy mix is enough to make even the most seasoned barista need a post-shift drink.

Josie, a Starbucks employee, took to Twitter over the weekend, venting about the complicated Venti Caramel Ribbon Crunch Frappuccino that a customer named Edward had ordered.

“On [today’s] episode of why I wanna quit my job,” the coffee-craftswoman complained in a now-viral tweet Saturday.

His digital grievance was accompanied by a snapshot of “Edward’s double blended” drink and the 13 sweetly specific ingredients it commanded — a recipe that evidently peeved Josie.

But Edward’s busy Starbucks beverage is just one of the many that have been inspired by a new TikTok trend, which encourages coffee-lovers to get outlandishly creative with their orders.

Under the hashtag #Starbucks, imaginative content creators are sharing hundreds of customized drinks from the café chain’s unofficial “secret menu” that their followers and fellow patrons can purchase.

The good news is: coffee fiends are finding funky ways to jazz up their java.

“This order comes in every other week,” a fellow Starbucks staffer tweeted, empathizing with Josie via a picture of a Green Tea Creme Frappuccino with 29 supplementary specifications.

“I raise you this,” another coffee maker carped, alongside a flick of a Caffè Misto with over 30 additional demands.

And customers who are waiting behind the “Edwards” of the world aren’t fond of the TikTok coffee craze either.

“I was behind a woman who had an order that ridiculous and insisted it be heated to 37 degrees celsius ..’not 36, not 38–I will KNOW the difference,’ ” one patron said in response to Josie’s tweet.

“The Starbucks employee asked for her name..her reply “Sexy Vivacious,” she lamented, adding the eye-rolling emoji for emphasis.

So far, Josie is taking the new-found Twitter fame in stride. But the loyal barista just hopes he doesn’t get fired for spilling the beans about Starbucks’s overly-crafty clientele.