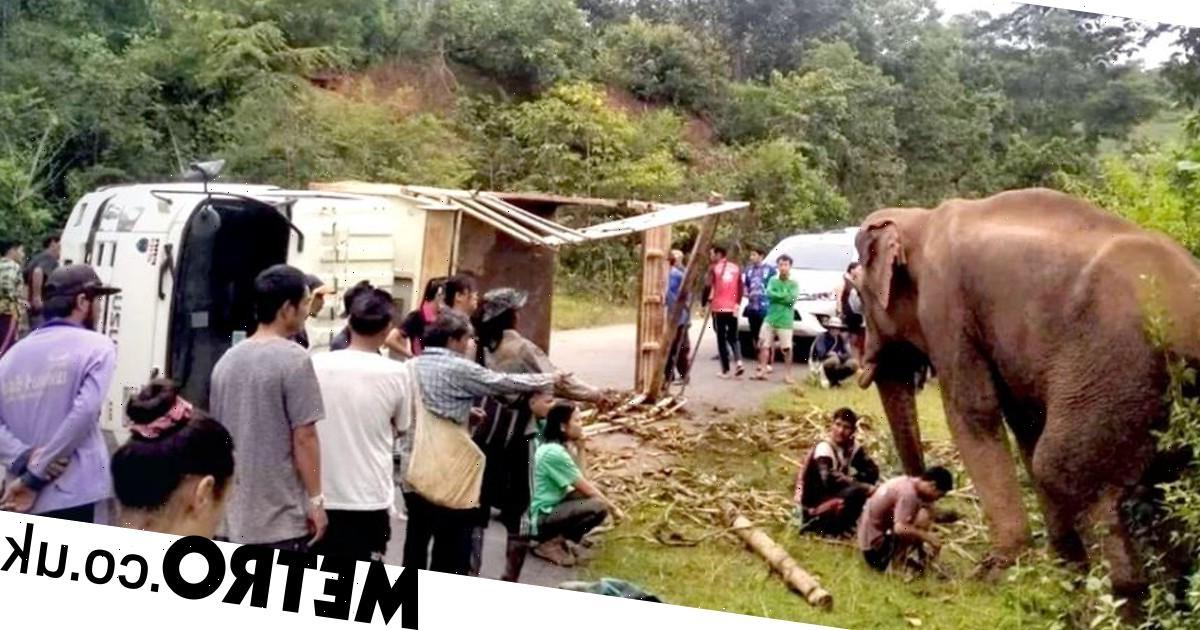 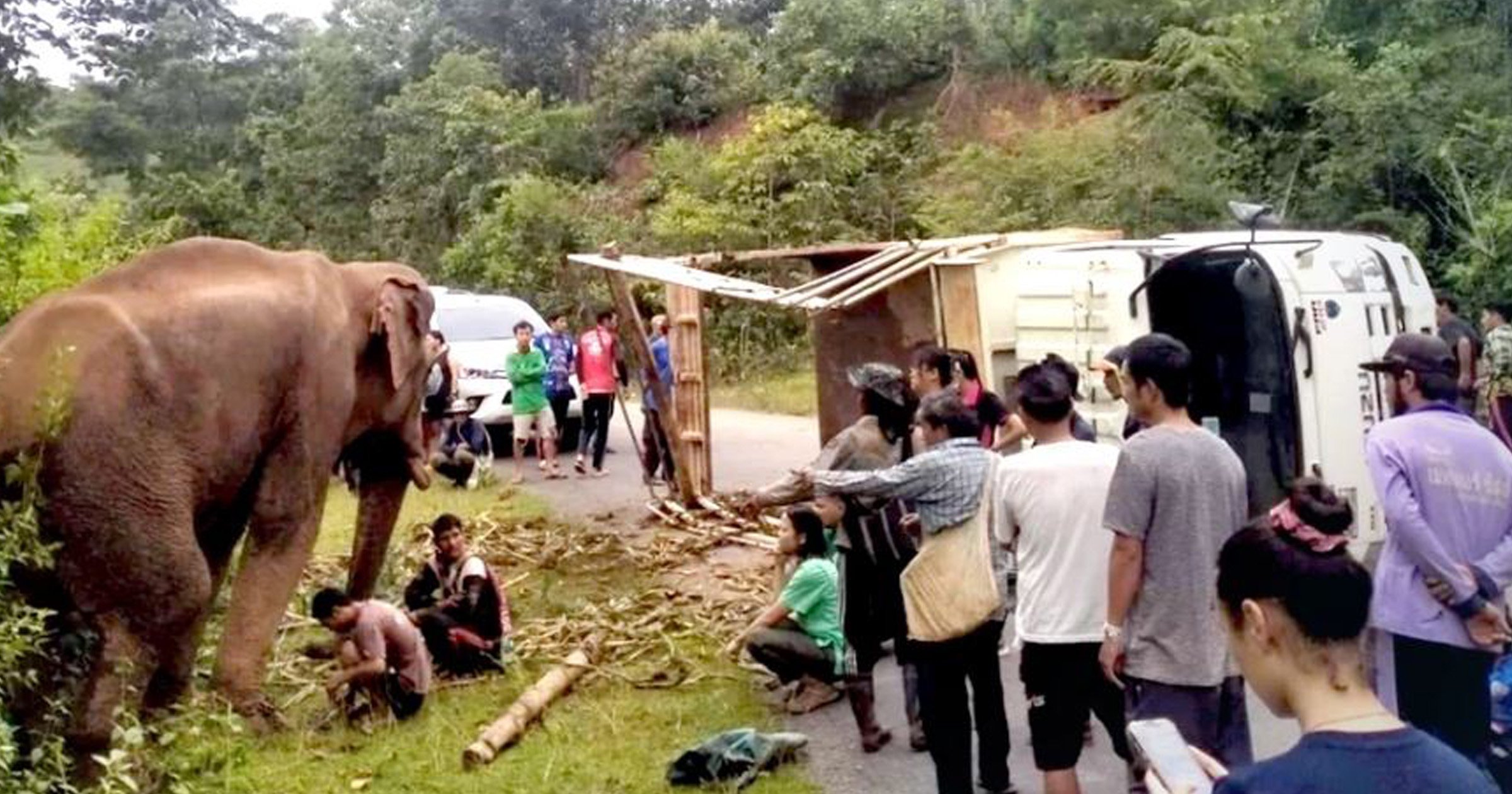 An elephant has been injured and taken to hospital after being thrown from a truck when it overturned.

The jumbo elephant, called Plai Pu Kham, fell on the road when the truck toppled over at 9am local time in Chiang Mai, Thailand, on September 5.

After the incident, Plai Pu Kham was unable to get up off the ground and could be heard trumpeting out because he was in so much pain.

Wichian Thongkhanasub, 33, Plai Pu Kham’s owner said he was cutting corners and had rented out a six-wheeler instead of a sturdier but costlier ten-wheeler.

Wichian had to call the Thai Elephant Alliance for help and a team of vets later arrived to find the elephant on the grass and trumpeting out in pain.

The elephant suffered a sprain on his right hind leg, along with multiple abrasions and bruises all over his body.

He will now have an x-ray to check for internal injuries.

Demand to see elephants has risen among tourists since the end of the pandemic, so more of the wild animals are being transported between cities.

Teeraphat Tranprakan, Thai elephant alliance association director said: ‘Elephant agencies are now bringing their elephants back into business and transporting them back to the city, where tourists are, due to the momentum of tourism.’

An estimated 2,000 Asian elephants live in the wild in Thailand and can often be found wandering around wild woodland.

Elephants can come into conflict if they come across humans out in the wild.

A number of elephants are also held in captivity and work in the tourist industry or get hired out for religious festivals and weddings, while a small number still work in commercial logging.