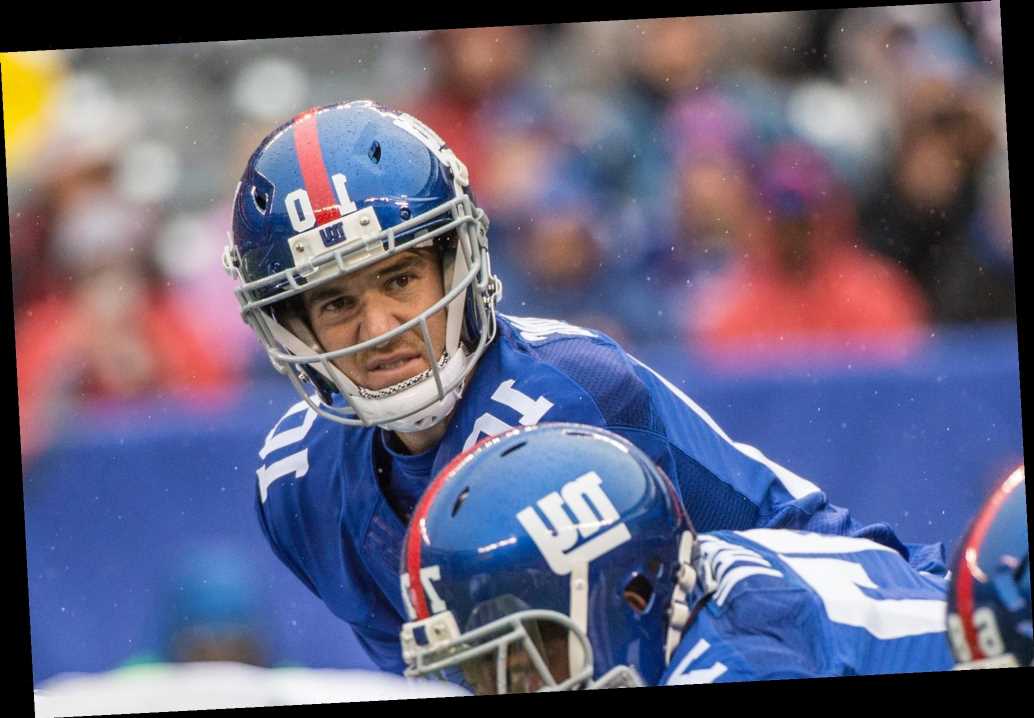 The former Giants quarterback on Tuesday published to Twitter video of him taking a spill on skis while trying to be a proud father.

“This is what happens when I try to ski and film my kids at the same time,” Manning wrote.

Where’s the coordination that allowed him to scramble away from the pass rush in Super Bowl XLII and deliver the pass that became the Helmet Catch?

The Mannings are not strangers to the ice and snow. Thirteen months into his retirement and eight months into his time as a Twitter user, Manning has tweeted photos of his daughter in hockey gear and other skiing photos.

The camera starts to get blurry about eight seconds into an 18-second video when Manning (not pictured) apparently falls. An unidentified voice asks if he is OK and Manning assures that he is and laughs off his embarrassment.

It might not be so easy for his four children to shake off the embarrassment of their dad’s epic fail.