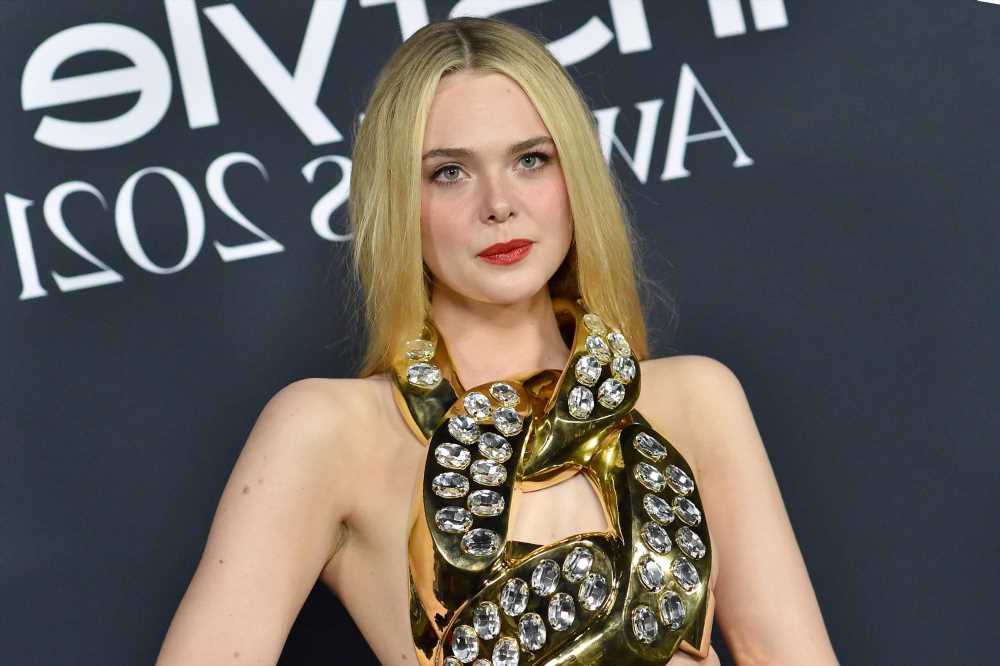 Elle Fanning is all tied up.

The “Maleficent” star, 23, attended the 2021 InStyle Awards on Monday night wearing a Balmain crop top fashioned in the shape of a large gold chain.

More of a breastplate than a shirt, the gold metal hit well above her belly button and was held together by just a small chain in the back. It also featured a keyhole cutout in the front and large studs on the chain itself.

“Imma tell my kids this was Chaining Tatum,” another quipped.

Breastplates and chains have been trending on the red carpet lately, with Zendaya leading the way, having sported both numerous times.

The “Dune” star, 25, first made waves in a custom Tom Ford breastplate that was also seen on Gwyneth Paltrow. Most recently, Zendaya sported a chain-covered Vivienne Westwood harness while promoting her movie in London.

Plus, the “Euphoria” star and Lorde both recently wore a Loewe dress featuring an oversize gold breastplate.

It appears that this fall, stars are ready for a fashion battle.