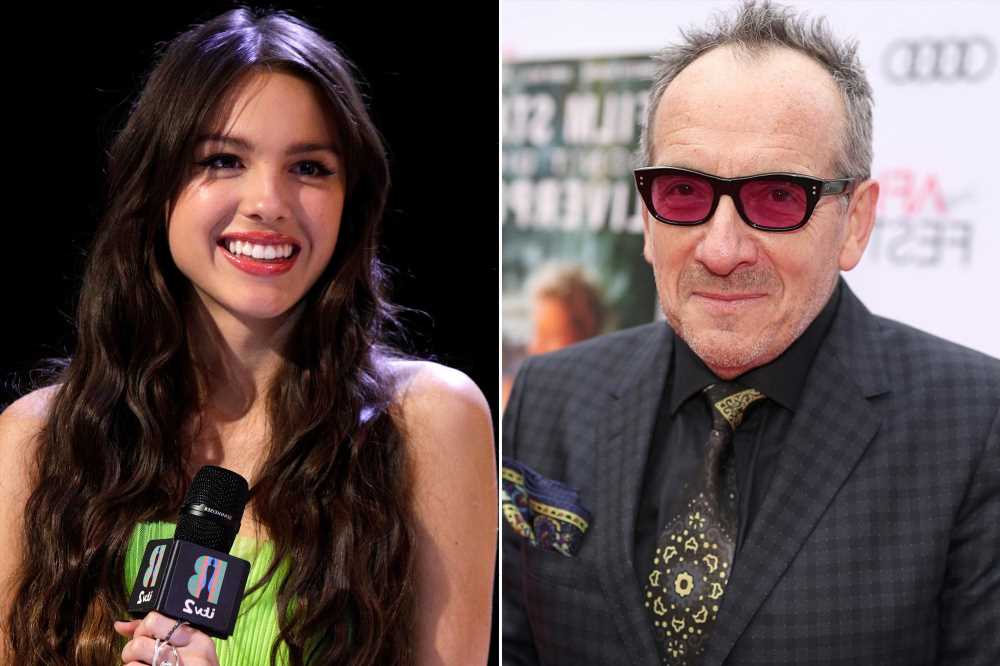 Elvis Costello doesn’t mind if other artists ripoff his hits a bit — he was probably borrowing from another artist in them, too.

The English singer-songwriter, 66, took to Twitter to make as much clear this week, after one listener pointed out that the first track on Olivia Rodrigo’s new album “Sour” sounds suspiciously like Costello’s 1978 song “Pump It Up.”

“No s–t. First song on the album is a pretty much direct lift from Elvis Costello,” one Billy Edwards tweeted Monday, linking to an article about 18-year-old Rodrigo being accused of plagiarism by multiple artists.

Costello, however, quickly made clear that he’s not hopping on that “plagiarism” bandwagon, — and is actually a proponent of sharing riffs.

“This is fine by me, Billy,” Costello, 66, responded that same day. “It’s how rock and roll works. You take the broken pieces of another thrill and make a brand new toy. That’s what I did #subterreaneanhomesickblues #toomuchmonkeybusiness.”

The hashtags reference the fact that “Pump It Up” was inspired by Bob Dylan’s 1965 song “Subterranean Homesick Blues,” which was in turn inspired by Chuck Berry’s 1956 song “Too Much Monkey Business.”

Courtney Love, meanwhile, is far less supportive of what she perceives as “rage-inducing” similarities between Rodrigo’s work and her own.

“Spot the difference! #twinning!” grunge icon Love, 56, wrote on various social media platforms of the promotional image Rodrigo released of herself with makeup running down her face as she holds a bouquet and wears a crown — notably similar to Love’s band “Hole”’s 1994 album cover for “Live Through This.”

“Does Disney teach kids reading and writing? God knows.” Love wrote in one social media comment. “Let’s see. Yes this is rude. Rage inducing? Honey if I had a dollar for everyone [sic] this happens? I’d be real rich!”

Meanwhile, “love u and live through this sooooo much,” Rodrigo commented on Love’s Instagram post about their “twinning.”

In response, Love told Rodrigo her favorite florist and that she “looks forward to reading” a note from Rodrigo.