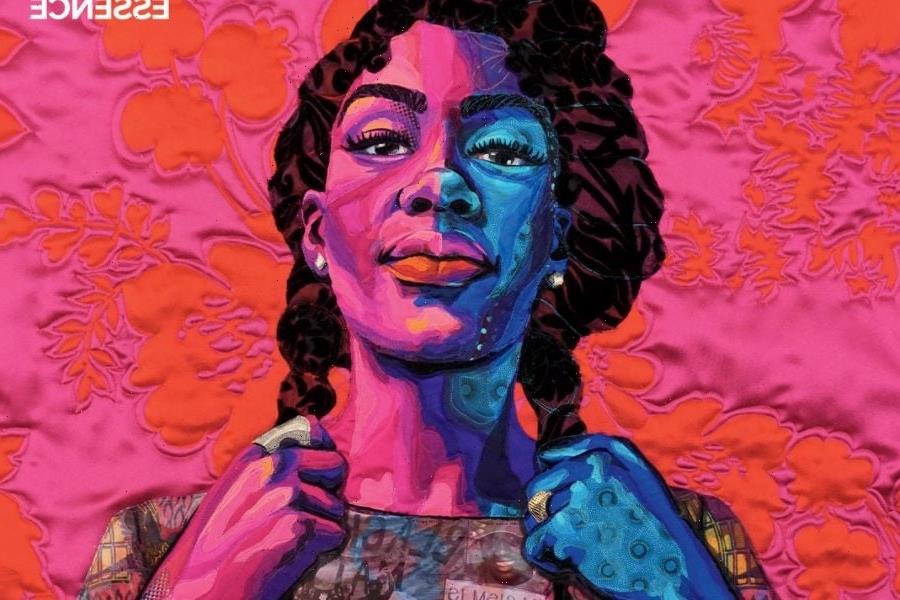 Like many of you, I grew up on ESSENCE. My mother had a subscription, and even before I understood everything I was reading, I’d devour the pages, imagining my future as an ESSENCE woman. The covers featuring gorgeous, empowered celebrities were as impactful as the ones with community leaders like AIDS activist Rae Lewis-Thornton (December 1994), former gang girl Isis Sapp-Grant (August 1998) and the first Black President, Barack Obama (January 2009).

But in February 2015, we went without a cover subject for the first time in our history, instead spotlighting these three words: Black Lives Matter. Six years later, we’re here again.

Last May, George Floyd was murdered: Three Minneapolis cops did nothing as former police officer Derek Chauvin pinned him at the neck with his knee. The video of Floyd’s breath leaving his body, while Chauvin looked unmoved, went viral. It ignited thunderous demands for justice for Floyd, as well as for Breonna Taylor, Ahmaud Arbery and other Black lives lost at the hands of racist violence in 2020. 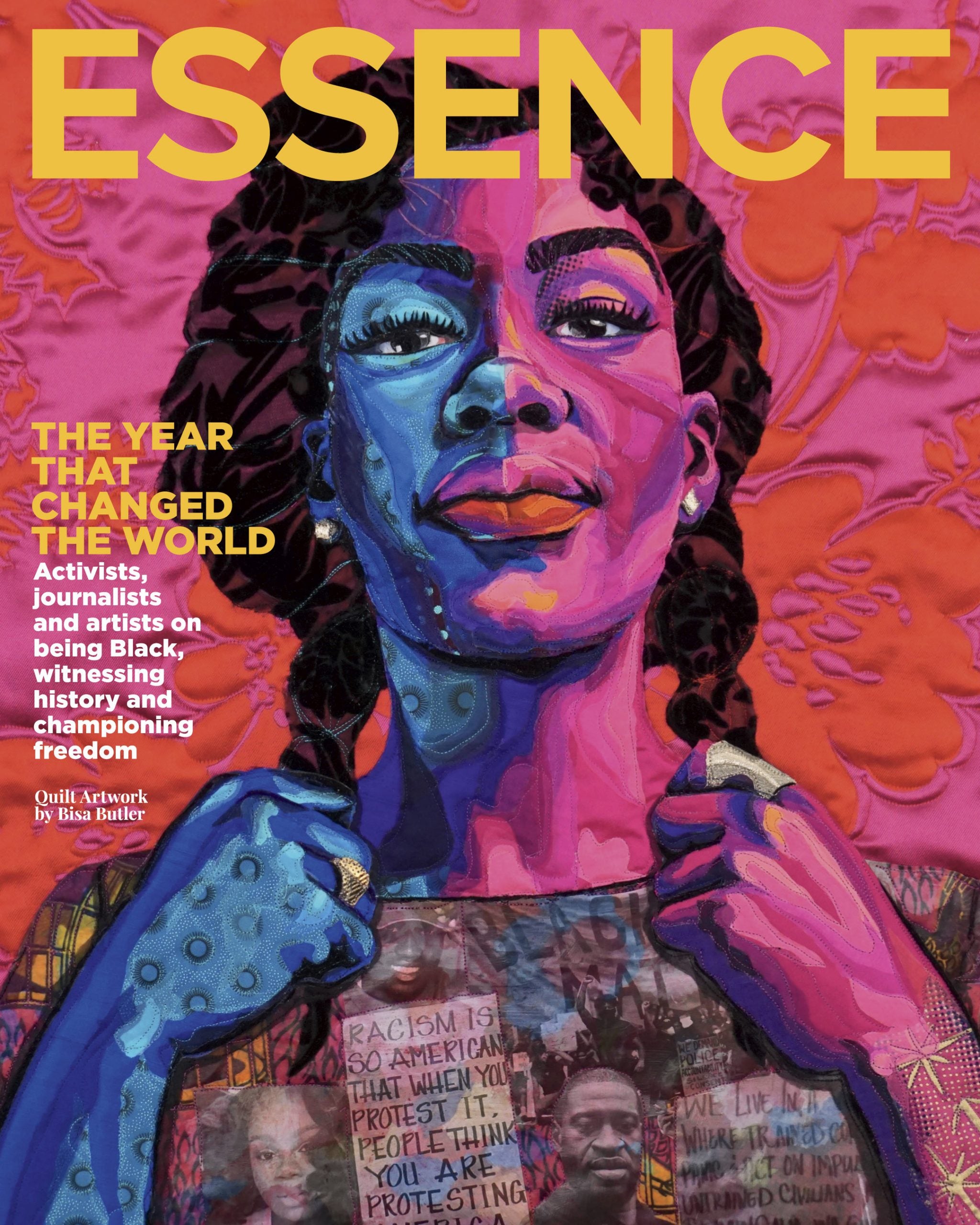 Whether due to the protests, the pandemic or unprecedented political developments, we have been forever changed by the events of the past 12 months. As we were conceptualizing this issue, revisiting the pain seemed counterintuitive for an anniversary moment—yet with justice still not served for Floyd (Editor’s note: Chauvin was found guilty on three counts for murdering Floyd on April 20), Taylor, Arbery and many others, how could we look away? That’s why we asked contemporary artist Bisa Butler to create a quilt artwork cover exclusively for ESSENCE. It’s the first time we have visual interpretation for a cover in our 50-year history. 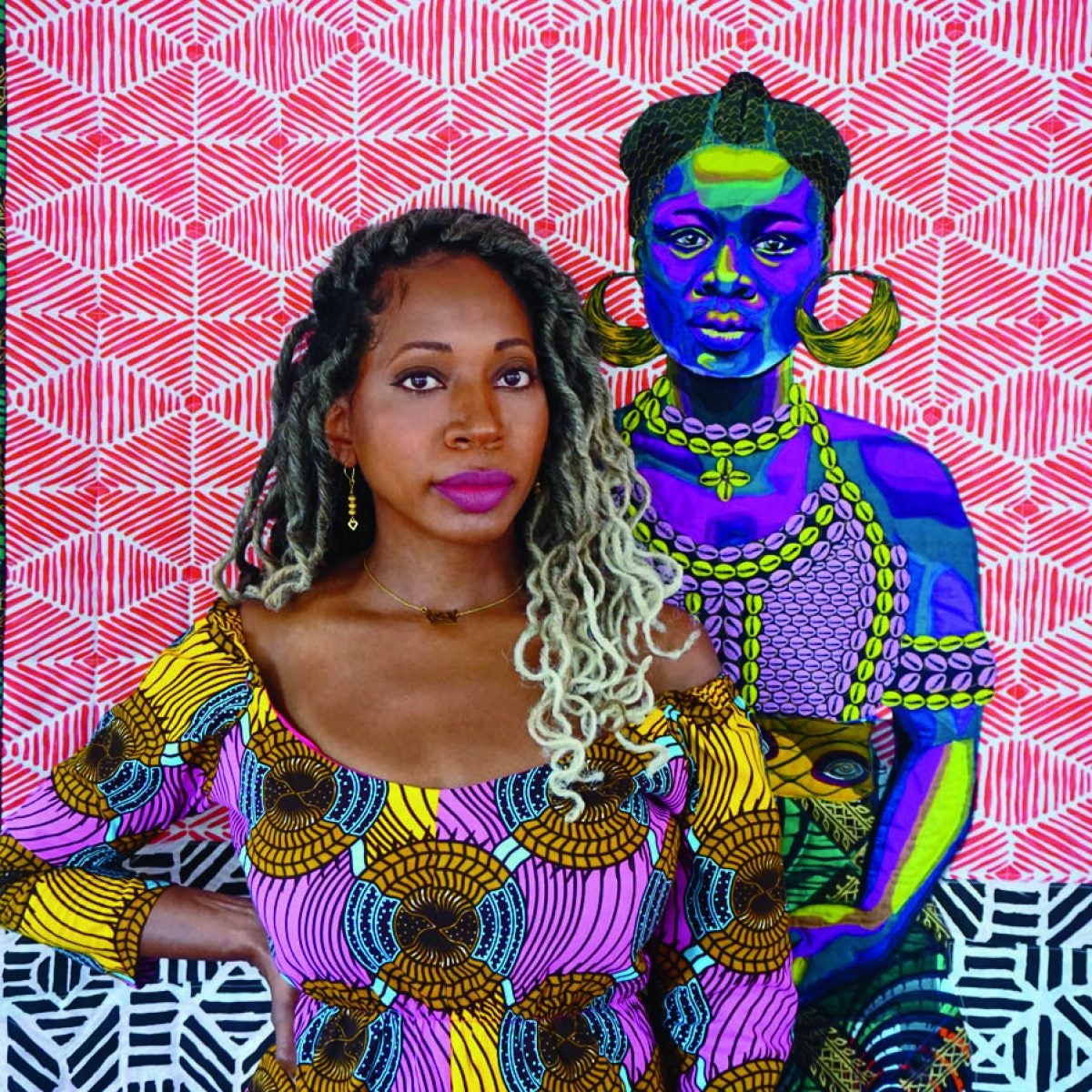 For Butler, who currently has a show at the Art Institute of Chicago, the ESSENCE cover request marking the last 12 months was special. “This project was really important to me,” she says. “I wanted the image to convey the beauty that is ESSENCE but also its strength and intelligence. There’s so much… What are the things we’ve gone through and how do you say that in one image?”

The Howard University trained artist explains her process: “I worked with a photographer, who’s a good friend, and used an image from his portfolio, along with other images to help strengthen what I needed to say about last year’s protests. Then using little bits of fabric, little bits of silk, cotton, African cloth, and velvet — putting these things all together and stitching them to say one thing.” 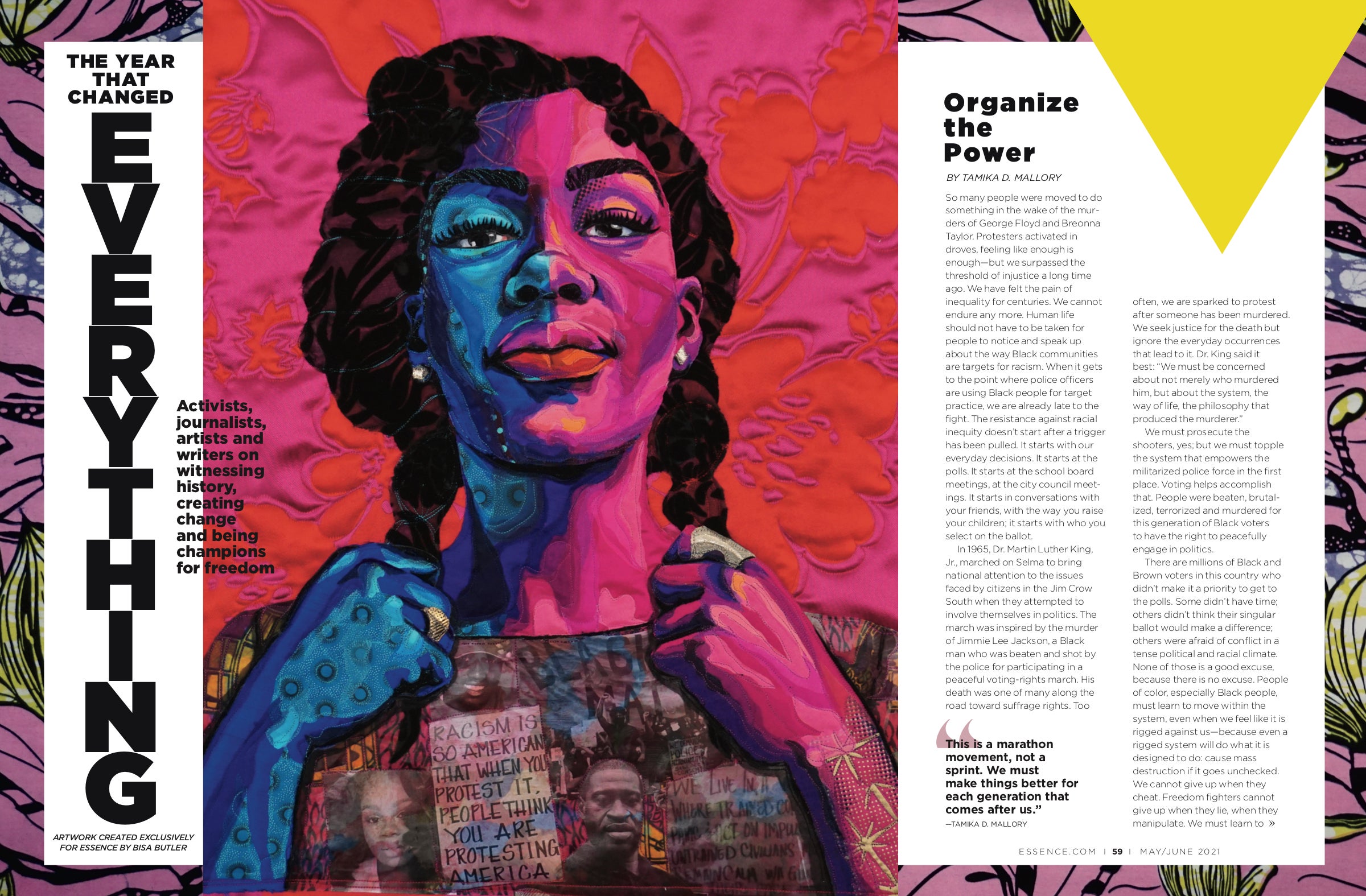 Inside the issue, we tapped activists like Tamika Mallory, journalists like Abby Phillip and Clint Smith, social commentators like Parking Lot Pimpin’s Lynae Vanee Bogues and other compelling voices to expound on how they were affected during a year in which everything came home to roost. I think often of this last line in excerpt we’re including from Mallory’s upcoming book, State of Emergency: “This is a marathon movement, not a sprint. We must pace ourselves for the journey and make things a little better for each generation that comes after us.”

Despite the crippling circumstances, we stayed in the fight. Many of us even made remarkable strides and posted signature achievements. Lakeysha “Dr. Key” Hallmon started a multimillion-dollar business incubator for entrepreneurs in Atlanta; this year’s Black Women in Hollywood honorees—Michaela Coel, Andra Day, Cynthia Erivo, Whoopi Goldberg and Zendaya—mastered the art of storytelling; and the UCLA Bruins gymnastics team’s Black girl magic sprang from their mats and onto our screens. 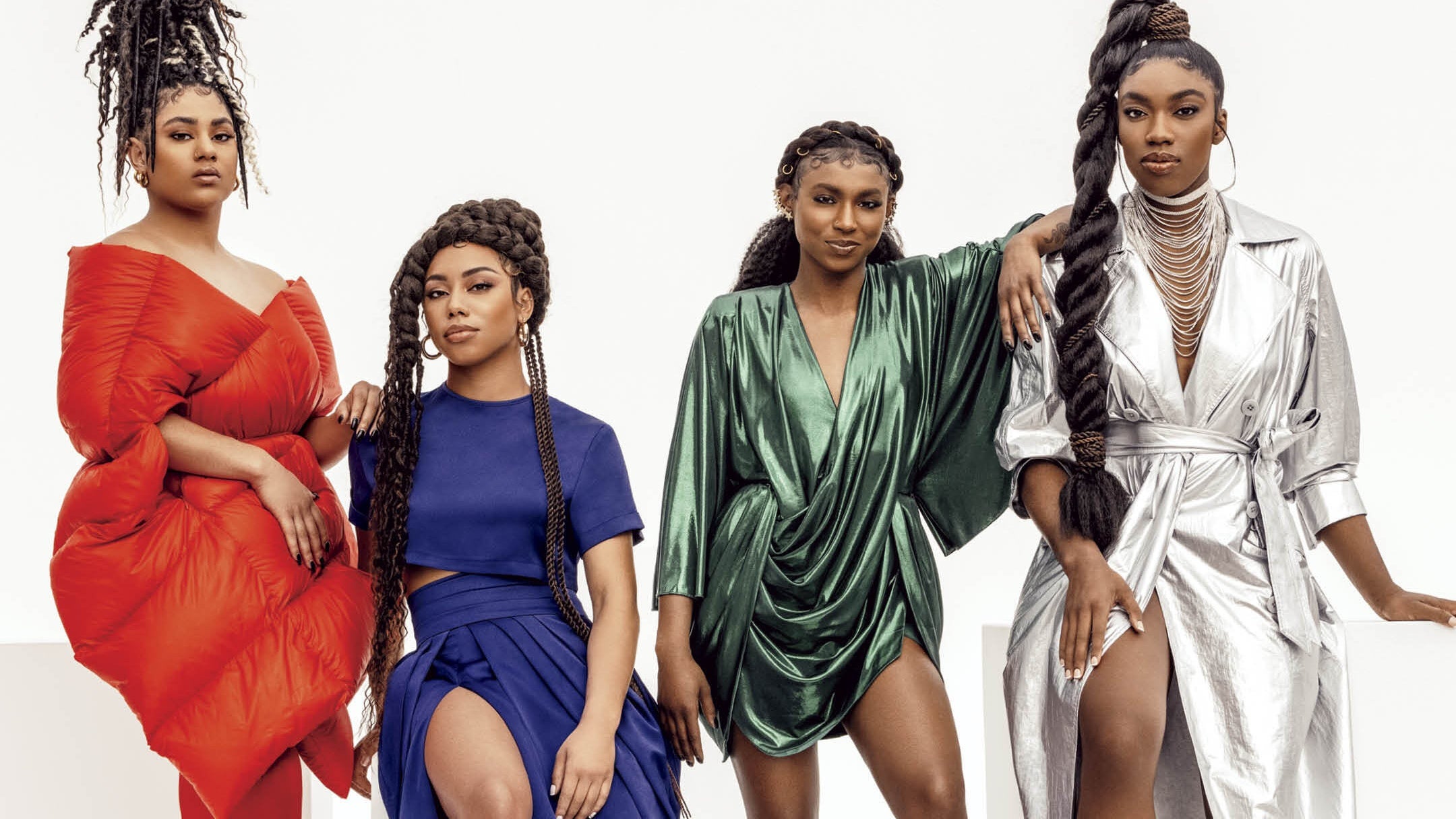 All these women kept marching forward, inspiring us and reminding us that even in hard times, there is always much to celebrate.

This article, “Editor’s Letter: Black Lives Will Always Matter,” will appear in the May/June 2021 issue of ESSENCE magazine, available April 27 on newsstands and digital platforms.