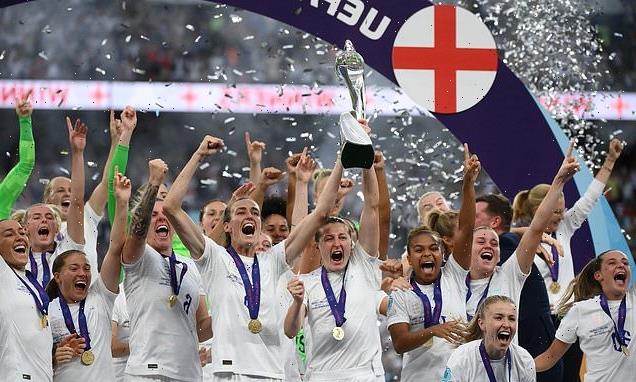 A record peak television audience of 17.4 million people tuned in to watch England beat Germany in the Euro 2022 final on Sunday.

After Ella Toone’s chipped opener was cancelled out by Lina Magull in 90 minutes, Chloe Kelly scored the winning goal in extra-time as the Lionesses won their first ever major international trophy.

Interest in Sarina Wiegman’s team has soared over the last month and the showpiece at Wembley attracted the highest ever UK audience for a women’s football match. It also became the most-watched television programme so far this year. 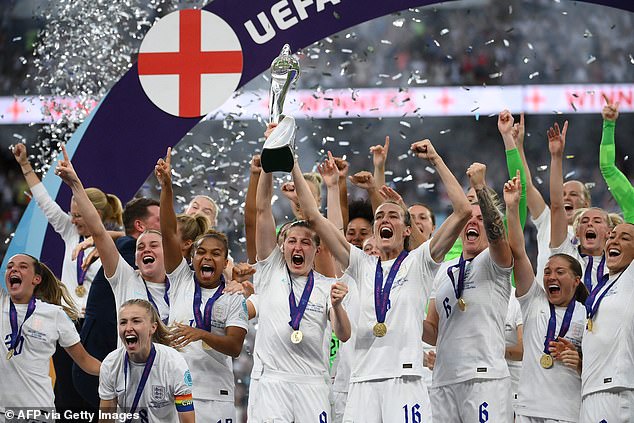 A further 5.9 million watched history unfold online, meaning that around a third of the UK population were tuned in at some point on Sunday.

The 87,192 crowd at Wembley was also a record attendance for any European Championships match in history, male or female.

Television viewing figures have grown throughout the tournament after a peak audience of 3.7 million people watched the Lionesses’ 1-0 win over Austria in the opening game. 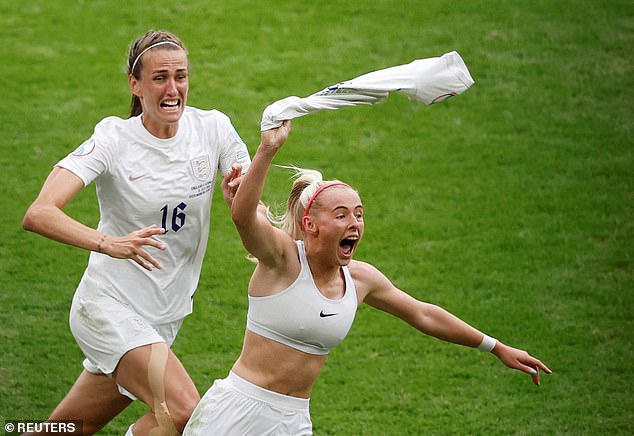 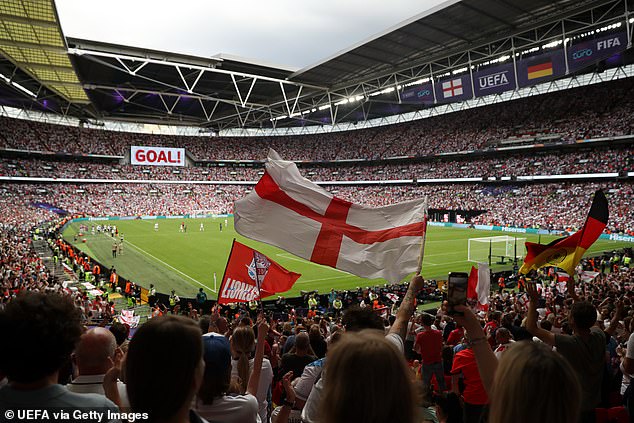 The 87,192 Wembley crowd was also a record attendance for any Euros fixture in history

4 million tuned in for the 8-0 demolition of Norway, before the 5-0 thrashing against Northern Ireland attracted 3.4 million viewers.

The dramatic extra-time quarter-final win over Spain captured the attention of 7.6 million people, while 9.3 million watched the Lionesses beat Sweden in the semi-final.

But the 17.4 million figure that the final received dwarfs those numbers and also smashes the previous peak television audience record for a UK women’s football game – 11.7 million for England’s defeat to the USA in the 2019 World Cup semi-final.

The growth of the women’s game in the UK is further highlighted by the fact that only 1.4 million people tuned in to watch the last time England got to the European Championships final in 2009.