Uber received more than 500 complaints of sexual misconduct and assault in a six-month period from passengers and drivers but a scathing audit found its systems for dealing with them failed to reliably remove alleged perpetrators from the platform.

The 516 complaints represents a rate of nearly three a day, while some drivers were allowed to remain on the road despite having multiple complaints against them including one who offered free rides in exchange for sex. 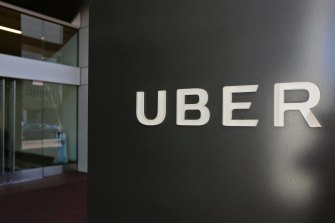 The NSW Point to Point Transport Commissioner completed an audit earlier this year of Uber’s operations in that state. Documents obtained from the audit, including a “safety audit tool” and a final report, show Uber staff were instructed on “filler” phrases when dealing with complaints such as “I can’t begin to imagine how scary that experience would have been”.

But the safety audit tool concluded Uber cuts passengers and drivers off its apps after three “notations” on their internal file for alleged sexual assault or misconduct.

Those notations were only manually listed, leaving the process “prone to human error” from Uber staff who struggled to work out how many sexual misconduct complaints had been made against a driver because of a company system altered three times in one year.

“The audit identified in 94 per cent of the ‘sexual misconduct’ complaints the drivers were not removed from the platform, which is inconsistent with Uber’s stated policy,” the report said.

The audit tool found Uber’s processes “do not account for the total number of incidents or complaints incurred by the drivers” across a range of categories from dangerous driving to crashes and phone use.

“As a result of this, the drivers with multiple incidents remain undetected and active in the platform,” the safety audit said. The 516 sexual misconduct and assault complaints are noted in a section of the safety audit tool on driver incidents, suggesting they are primarily complaints from passengers against drivers.

The documents paint a picture of Uber as a company with extensive systems to deal with problems and adjudicate between conflicting versions of events but which has ultimately failed to live up to the regulator’s expectations on safety.

An Uber spokeswoman said the 516 complaints did not necessarily mean there were that many individual incidents because of potential duplicate reports or service tickets. They could also be mis-categorised or ultimately found to be unsubstantiated, the spokeswoman said.

She said the company categorised reports based on their severity, distinguishing sexual misconduct cases such as alleged staring or inappropriate comments from assaults to help it act swiftly.

“When we receive more serious reports such as reports of sexual assault access to the app is immediately suspended while our specialist team investigates,” she said. “If we have information that a rider or driver-partner has perpetrated a sexual assault we permanently deactivate them from the platform based on that report.”

She said a driver was unlikely to be removed from the platform for a single report of an alleged inappropriate comment but could lose access if there were multiple reports.

“We prioritise safety of the platform and fairness for all users,” she said.

Uber documents collected through the audit, the results of which were first reported by The Sydney Morning Herald and The Age, show complaints of serious sexual misconduct that did not result in the alleged perpetrator being removed from Uber.

In one case an Uber driver described a drunk male passenger who could barely walk when he entered their car and then started touching them with his legs.

He sat back after the driver said, “please don’t touch” but when the trip ended he got into the front seat of the car and refused to get out until the driver took down his phone number and promised to later return to his house.

The driver said they had complained to keep other drivers safe, but the company merely required the passenger to read its rules.

“Hello, I have not done anything wrong,” the man replied. “I read terms and condition please active [sic] my account.”

He was then allowed back onto Uber.

Another document reveals the case of a driver who had three complaints against them before finally being removed from the platform after another sexually suggestive remark.

In one incident that driver allegedly touched a passenger without their consent in a sexual way. They received a warning.

Earlier, they had “allegedly hit on rider the whole [ride] and was making comment about their appearance”.

And in a third incident a passenger alleged “driver offered free rides for sexual favours”.

The driver denied the claims and said they would sue the complainants but Uber did not disclose the identities due to its privacy rules.

Another document from the audit describes the case of a driver who was removed from the platform after allegedly touching their genitals throughout an entire trip while the customer sat next to them in the front seat.

“It was super inappropriate, even if they had a rash, they shouldn’t of [sic] been scratching continuously while they have riders in the car,” the passenger told Uber.

The driver, who had racked up seven previous “critical” incident reports such as being verbally abusive over the phone and telling customers to get out of his car in a “racist” way, denied the allegation.

NSW shadow treasurer and gig economy spokesman, Daniel Mookhey, said any other business that was as indifferent to sexual assault allegations as Uber would be run out of town.

“The government’s ‘In Uber We Trust’ enforcement regime is failing,” said Mr Mookhey.

A spokeswoman for the NSW Point to Point Transport Commissioner said Uber had responded to the commissioner’s directions to improve its practises as each requirement came due.

“Safety is the commissioner’s priority and his role is to ensure all service providers provide safe passenger services and have appropriate safety management systems in place to manage risk,” she said.

“Point to point transport plays an important role in helping people get safely from A to B.”

Uber’s spokeswoman declined to comment on individual cases but said it had a dedicated team who investigated both sides of each report and took a “survivor-centric approach” to sexual assault allegations.

“As there are humans involved in this process, human errors do occur and knowing this, we carry out regular internal audits and lookbacks, and proactively report them to the regulator,” she said. “It is our understanding that we are the only point to point provider that undertakes proactive internal audits and we believe all providers should be encouraged to do so.”

The spokeswoman said Uber was always trying to make its service safer and had developed features to let people quickly share trip details with a loved one, receive 24/7 support and connect with emergency services.