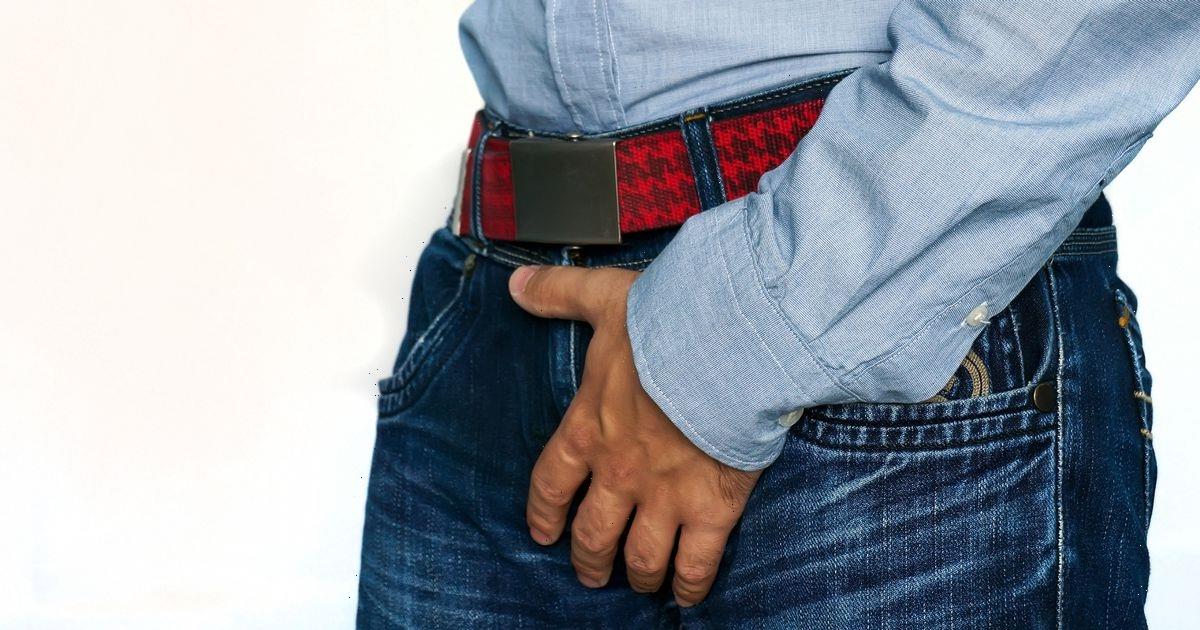 When it comes to men, you will often find their hands mysteriously gravitate towards their nether regions.

And you may be wondering why exactly that is.

Well wonder no more, as an expert now explained the 'tribal' reason why blokes regularly touch their crotches.

Back in 2021, KP Nuts and Movember joined forces to find out just how often men tend to put their hands down their pants.

A survey of 2,000 people found an average bloke tends to touch his testicles seven times a day.

However, nearly a quarter said they did it at least 10 times a day, while one admitted to having a casual fondle 50+ times.

When giving their reasons, some men surveyed shared explanations from feeling nervous to simply adjusting their crotch.

However, expert have offered up more of a technical explanation as they delved into the psychology and science behind the move.

Speaking to Vice a few months ago, integrative psychotherapist Jo Ryder explained it was partly to do with a ‘tribe’ mentality. She explained that men often feel like they ‘belong’ if they indulge in the hand-on-crotch action.

"I would say that belonging is an important part of wellbeing,” Ryder said.

"And the guys that do feel they belong to a tribe of people who display this behaviour.

"The penis is a strong symbol of masculinity, and all men want that department to be working well. That's the message.

"The people who come to see me, they are full of anxiety. Putting your hand on your penis is c*cky, [it] shows confidence in one's masculinity."

Dr Andras Kolto, a senior postdoctoral researcher at NUI Galway, also agreed by saying it could be attributed to toxic masculinity.

“It concerns the male genitals, after all,” he said.

“Some men, especially those who are insecure about their masculinity, or those who feel under pressure by unrealistic expectations about how you should behave to be seen as sufficiently manly, might experience terrible anxiety.”

However, he also said touching the crotch relieves ‘anxiety’, as ‘low-intensity’ touches release oxytocin – commonly known as the 'love hormone' – in the brain, which can in turn help regulate mood.

“It has many beneficial effects on our health and well-being. For instance, it reduces anxiety," Kolto said.

The publication spoke to a 30-year-old named Joe, who admitted to doing it ‘unconsciously during the news’. However he said it wasn’t sexual at all – more like a ‘special blanket’.

"It rather seems to be a quick check that your ‘treasures’ are not stolen – or they might be itchy.”