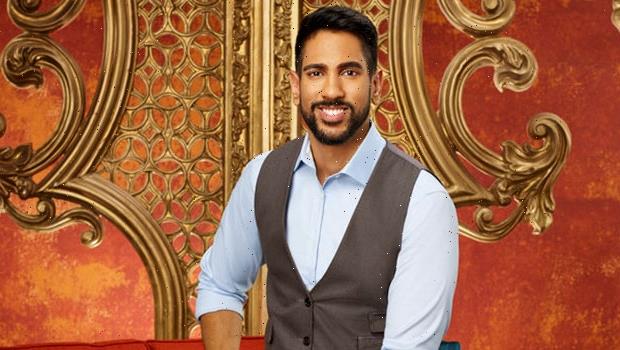 Amrit Kapai will not let recent events cast a shadow over his engagement to Nicholas Kouchoukos. The star of Bravo’s Family Karma, 35, revealed a few weeks ago that his fiancé had been attacked after their watch party for July 14’s episode, in which Amrit proposed to his boyfriend of nine years. “A man got out of his car and punched Nicholas in his face,” Amrit said on Instagram. I have been so clueless. This is not okay.”

Following the incident, HollywoodLife caught up with Amrit to discuss what happened, the proposal, and the upcoming wedding. For starters, the duo are OK in the wake of Nicholas’ attack. “We decided that we’re going to continue to stay positive about everything,” Amrit told HL. “We didn’t want this to overshadow the proposal and the engagement feeling, so we just decided to put it in the past and march forward stronger than ever.”

The proposal happened on a boat ride surrounded by friends, with Amrit declaring, “You’re everything I need, and I’ve known for a while now that I can’t do life without you.” Amrit reflected on that moment with HL. “I knew this was the right decision and I’ve known that for a little while now,” he said. “So that made me less nervous. I wasn’t very nervous about him saying no, just because I know he’s known for a while now that this is what he wanted.”

“I was nervous asking the question and I was nervous saying the wrong words,” he continued. “Other than that, I was pretty confident.” The star admitted that he was a bit nervous that someone would spill the beans to his fiancé. “Obviously Vishal [Parvani] and Bali [Chainani] knew earlier on, and I made them swear to secrecy. I love them both, but I could see them slipping — even if just accidental,” he said.

As for wedding planning, the two are still in the very early stages of it all. “Just this morning we were like, ‘OK, we need to start figuring out what are the more immediate tasks that we need to do,’ which is like, first, get a date. We need to sort the dates out,” Amrit said. “Our guests need to know when to start booking time off and making travel plans. Then we need to decide on city — looking at venue options. We’re going to be competing with the 2020 folks, who had to postpone their plans. Lots to plan, and we haven’t done much of it, I’ll be completely honest with you. One thing at a time!”

The two just might be the first couple in the series to walk down the aisle — but Amrit said he’s up for a joint wedding with Vishal and Richa Sadana. “If that’s the route they go, I can never tell. It’s always up and down like any relationship and hope that’s the path they’re on as well,” Amrit said. “Maybe we’ll have a fun joint wedding!”

The Season 2 finale of Family Karma airs on Bravo on Wednesday, July 28.