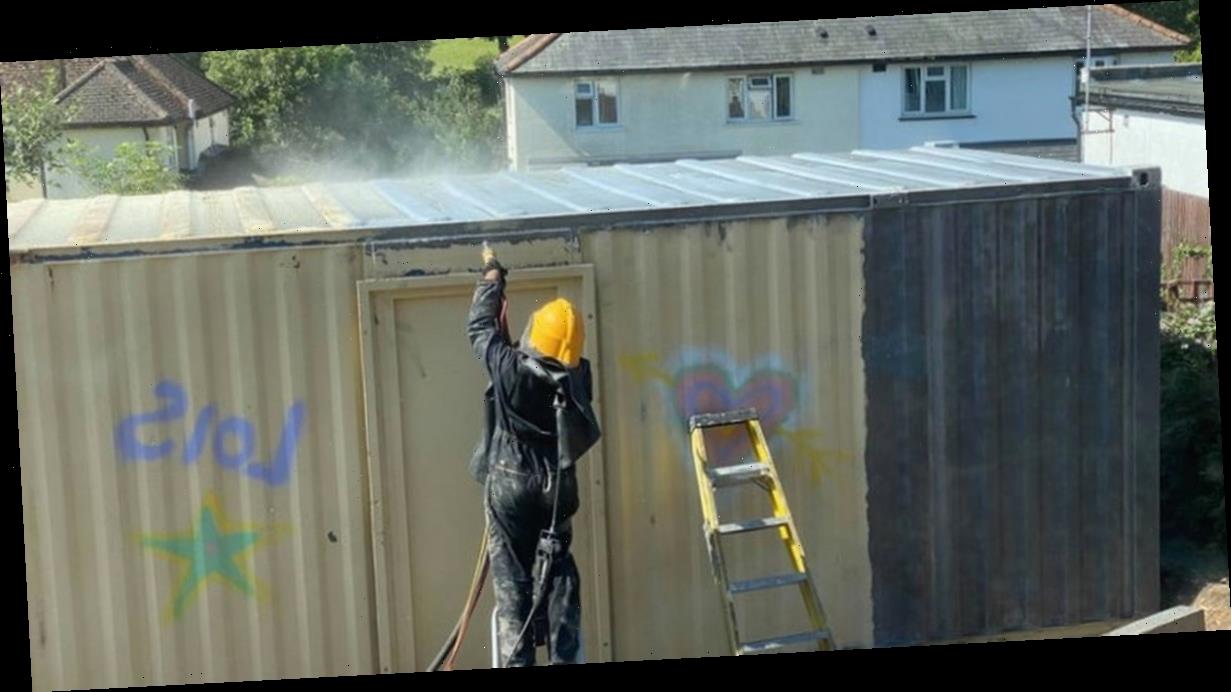 A family who were quoted £25,000 for a summer house built their own for so much less.

Dawn and Darren Groom, from Hertfordshire, put their DIY skills to the test to craft their very own summer house.

The parents were determined to make the space for their daughter Lois, 13, but were stunned to receive such expensive quotes.

Instead of forking a fortune on building the cabin, Dawn, 45, and support worker Darren, 46, decided to create their own.

With the help from their family and friends, the couple managed to create a gorgeous playhouse for Lois for just £5,700.

And the results look absolutely fantastic.

Dawn told money-saving community LatestDeals.co.uk : "About two years ago my husband wanted to create a bigger summerhouse for our daughter.

"She has a rare chromosome syndrome and was regularly sitting outside in her little playhouse.

"Darren looked at the options of a wooden cabin and a full metal frame build but prices were in excess of £16,000 to £25,000, not including delivery, and most of them are miles away.

"While looking, he came across container conversions which are getting quite common in other countries as lower-priced living accommodation."

After plenty of research, the parents decided that instead of using a shipping container, it was cheaper to go for an ex-site cabin.

Dawn, who is Lois' carer, added: "They come with insulation, ceiling, lighting and electrics already installed.

"This would be costly and time-consuming to install so would save us a lot of labour. We then hunted for a used site cabin hoping for one with as little already inside as many come with sinks and partitions.

"It was purchased from a company that trades in used building site machinery found on eBay and Facebook Marketplace. We have rear road access so it was delivered with a crane over the back."

She continued: "Once it arrived, we got to work with cleaning and preparing to have a hole made for the bifold doors.

"We have a friend who does metalworks. They cut a hole into the front and built a steel frame ready for the doors to be installed. These were then fitted by a local window company.

"We stripped all the unwanted trims and had the electrics rewired as we decided we didn’t need the heaters as they cost a lot to run, or so many plug sockets.

"We filled and tidied all the wall panels ready to be painted. The floor needed a lot of work as it was quite uneven from water leaks. Once levelled, we used vinyl plank flooring. The outside was sandblasted by someone we found on Facebook Marketplace."

The family are all over the moon with the finished look of the cabin, which includes a TV and games.

Dawn concluded: "This project kept us busy over lockdown. We had a lot of work but equally a lot more time to pull together to create a space our daughter loves.

"We are really proud of ourselves. At first, I was totally against such an ugly thing being delivered, and I couldn't see how it would ever look like those we found online!"